For our 15th annual New Year's Eve trip, my friends and I were heading to Peru. The trip was happening on the heels of my 3-day over-the-top birthday celebration weekend in Seattle, which Forest had flown in for. We would be meeting Caitlin and Thibault in Lima, but seeing that there were no direct flights from Seattle, we decided to do a sleep over in Miami.

We were up super early for our direct 5 1/2 hour flight. I had used one of my companion fare tickets on Alaska Air, and had also booked us in Premium. Hello free mimosas! 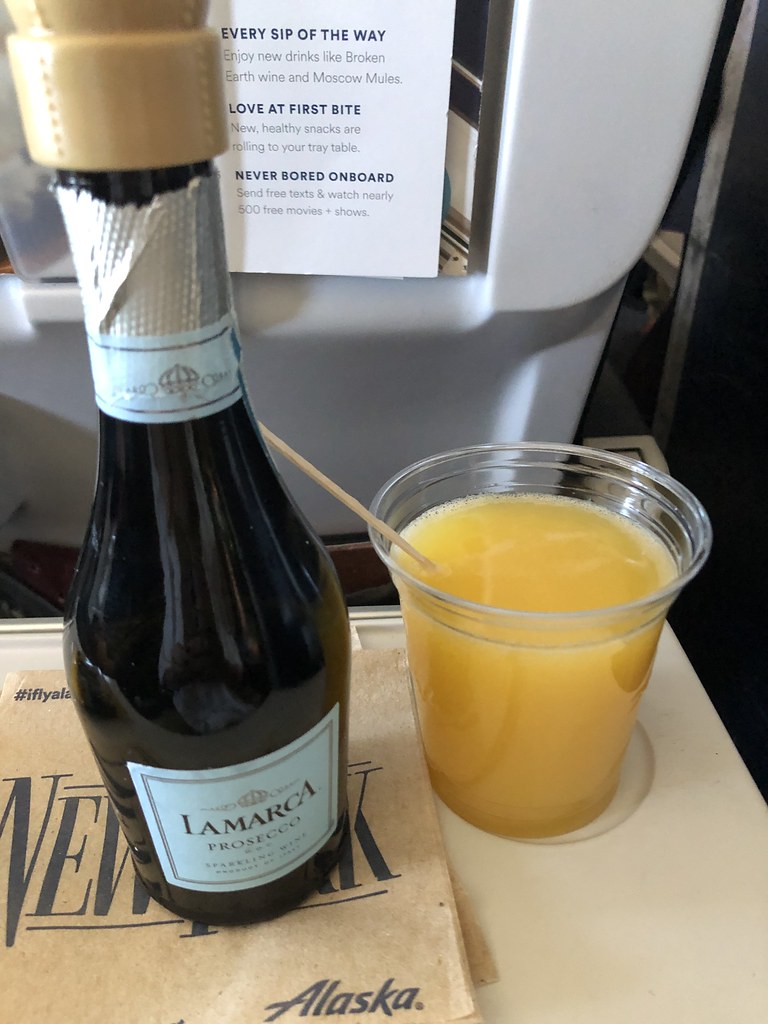 The flight was actually to Ft. Lauderdale, which was just a quick 30-minute Uber away from our hotel on South Beach. The Kimpton Angler's Hotel had just been newly remodeled, was in a great location, and had a lovely rooftop pool.

As we were checking in, the girl at the front desk asked if it was my birthday, and mentioned there was something in the room. That is nice! When we entered the very cute hotel room, I found a bottle of champagne and some little petit fours and a card. I assumed by the way she had spoken, that it was from the Kimpton, turns out it was from my friend Kate in Switzerland! What a nice surprise, and thank goodness Forest knew about it and clued me in! 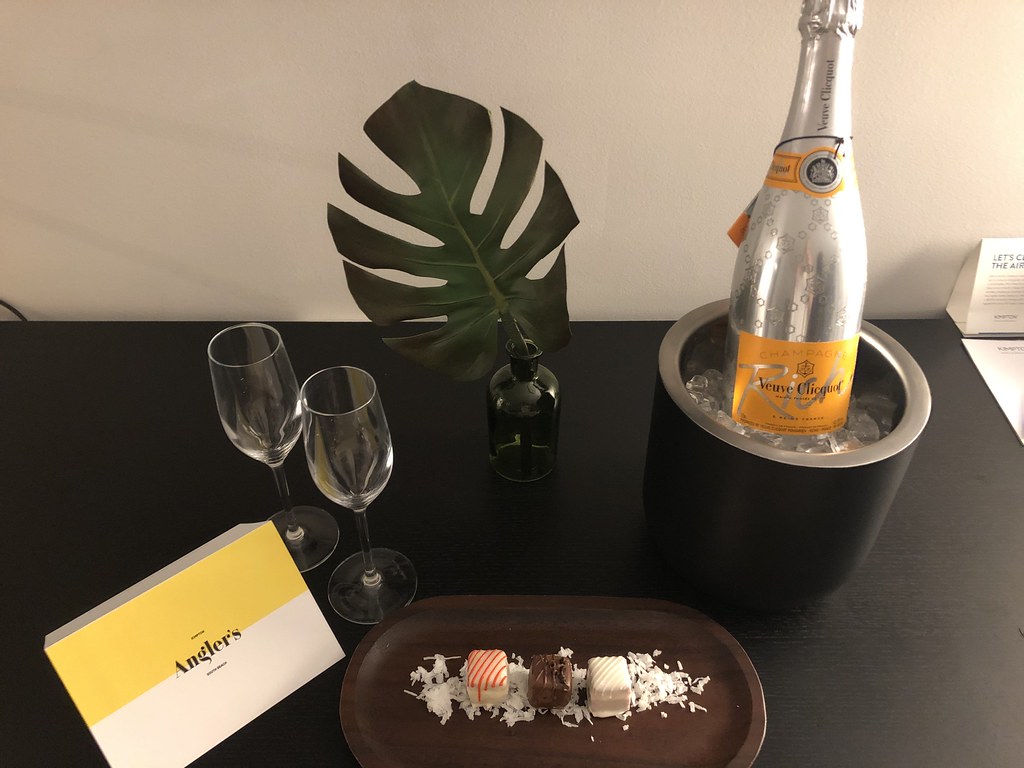 Both of us were a bit run down from the recent festivities, and so decided to check out two cocktail bars, grabbing some food along the way, vs. doing a big dinner. First up was Broken Shaker at Freehand Hotel. The hotel itself is very cool, it looks really old and old fashioned. The bar takes up the outside space around the pool with lots of little table and couch set ups, as well as adirondack chairs. 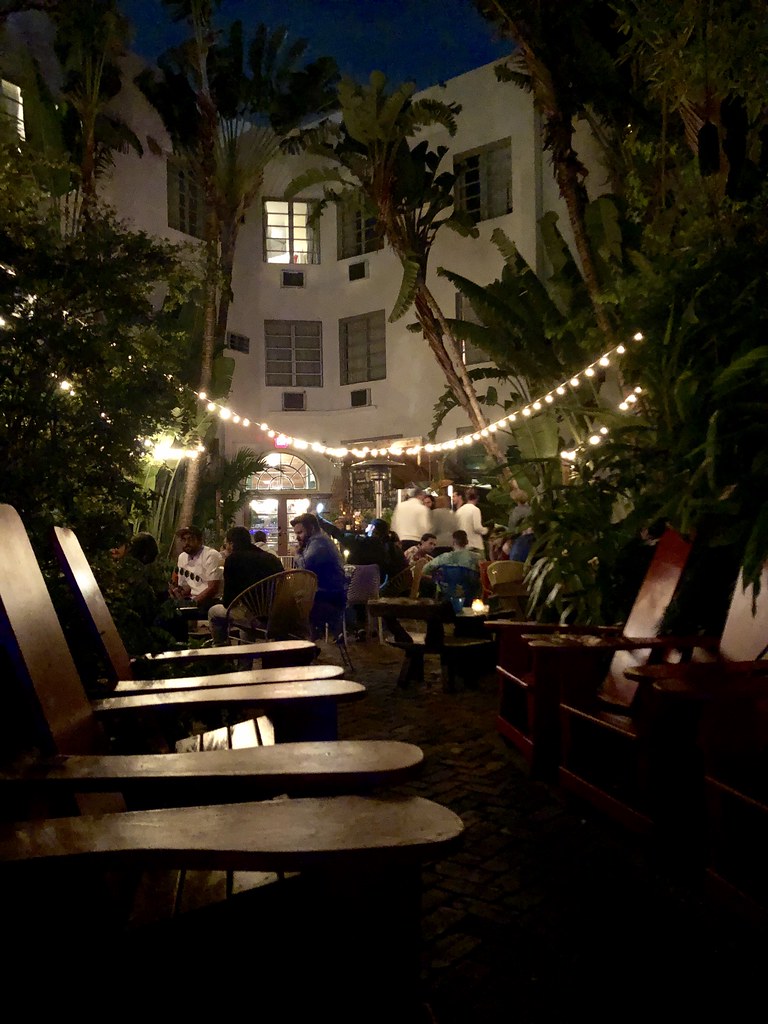 The entire space was really cute, the drinks were good, and it was busy even on Christmas night. I've been to Broken Shaker in Chicago and didn't love it. This one was much better!

Next we grabbed an Uber to Sweet Liberty. Unlike Broken Shaker, which when you are inside the actual bar is stand up only, this place is huge! It looks like a big old dive bar that you would go to for a game of pool and to watch the game. But the cocktail menu is more than just shots and pints. 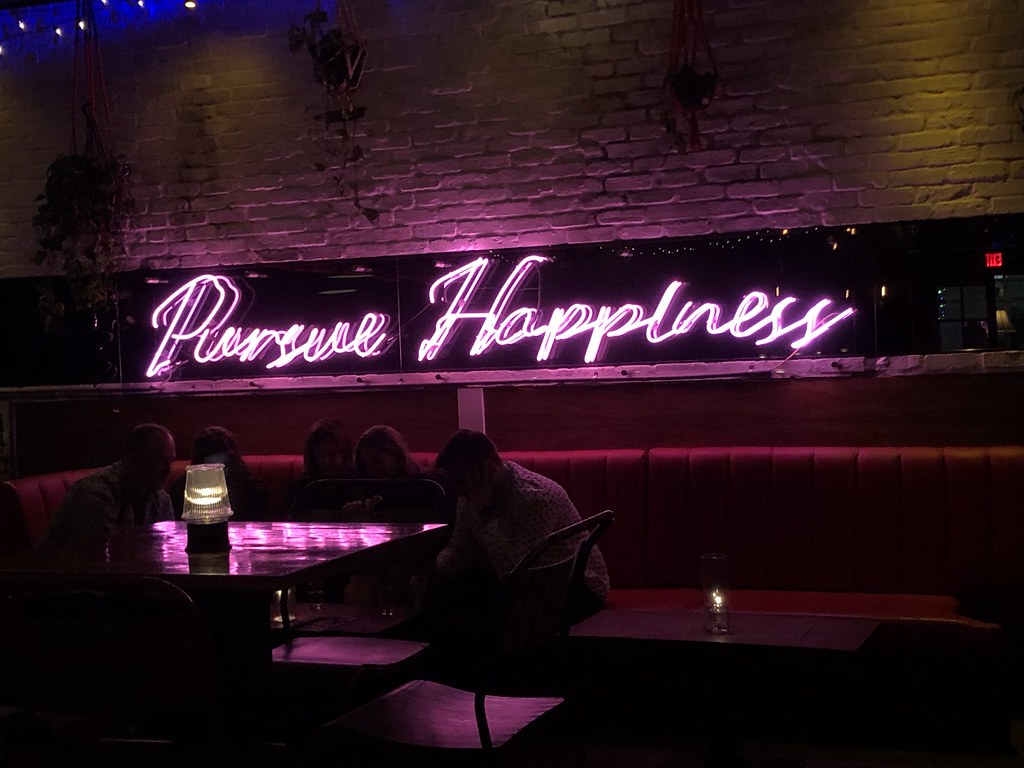 Unfortunately the air con was cranked and I was absolutely frozen solid. We had a couple of rounds with some good bar bites and headed back to the (warm) hotel.

The next day we had planned on laying by the pool until it was time to head to the airport, but the weather had other ideas; it was cold and rainy! We had a very good breakfast at The Local House which was just off the beach, but it was too stormy to sit outside. 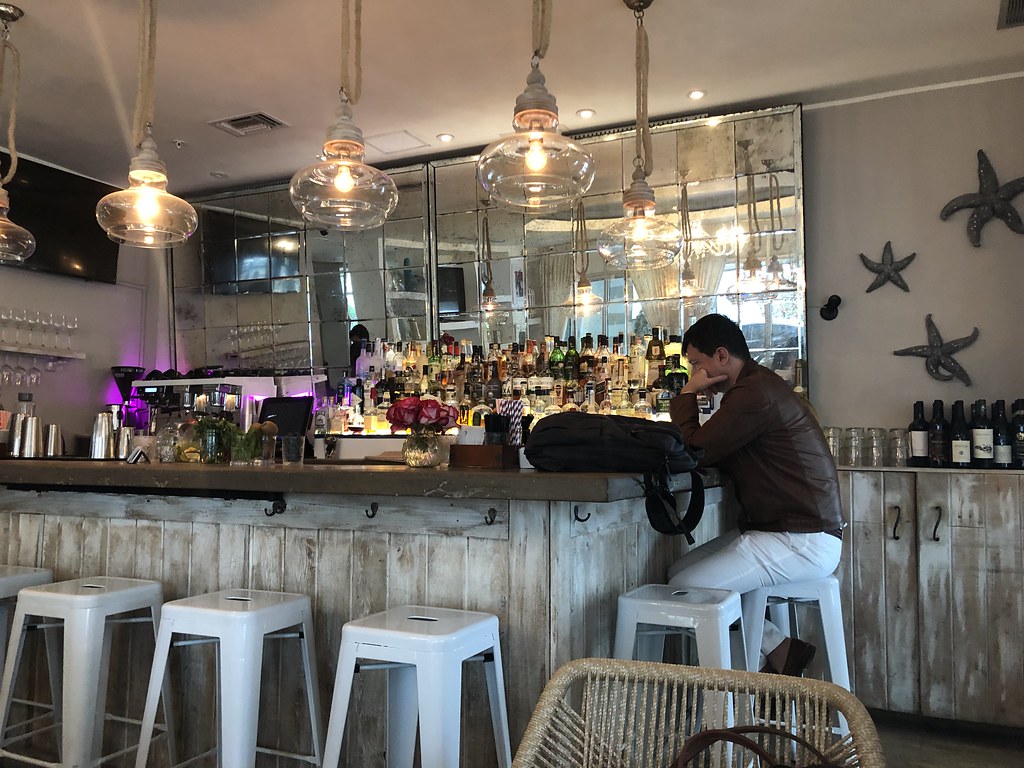 This time our Uber took us to Miami Airport, just 20 minutes from the beach, and after checking in we did a bit of duty free shopping before hitting the Business Class Lounge for drinks and snacks. 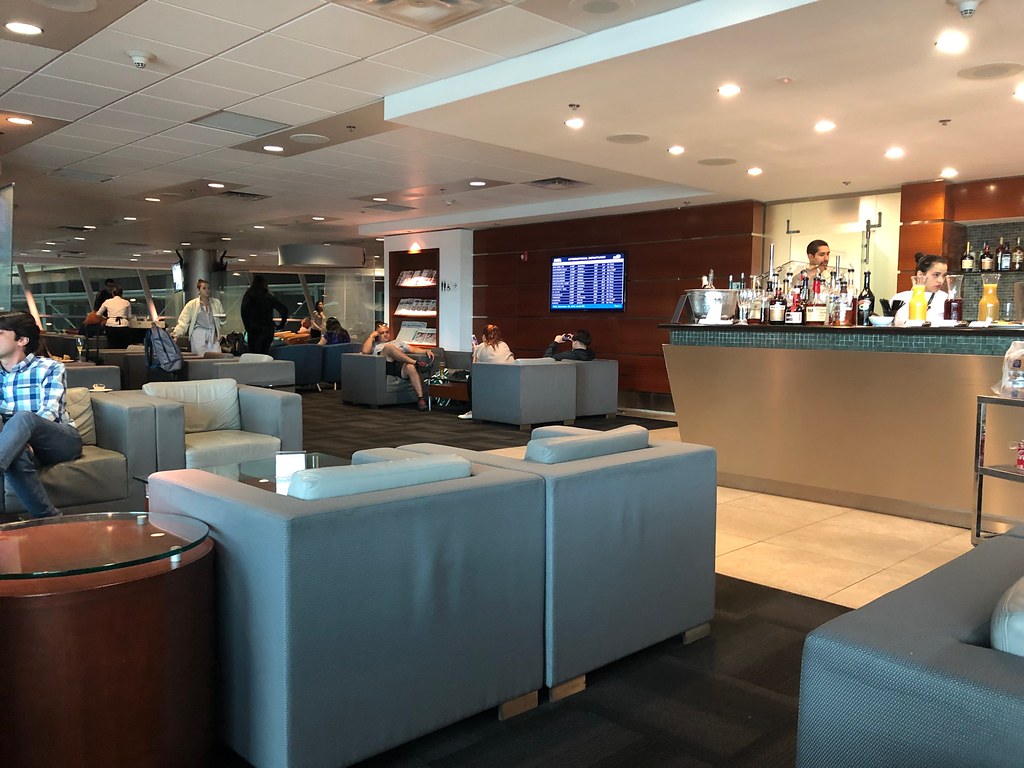 I'd say this lounge was above average. There was a big buffet with serve-yourself wine and liquor as well as an assortment of little sandwiches and snacks. There was a dessert and coffee buffet set up separately. And servers were always coming around to clear away dishes, which I appreciate.

And then it was time to board our flight to Lima! Disappointed not to get to take advantage of Miami's normally sunny weather, but very excited to be heading to Peru! 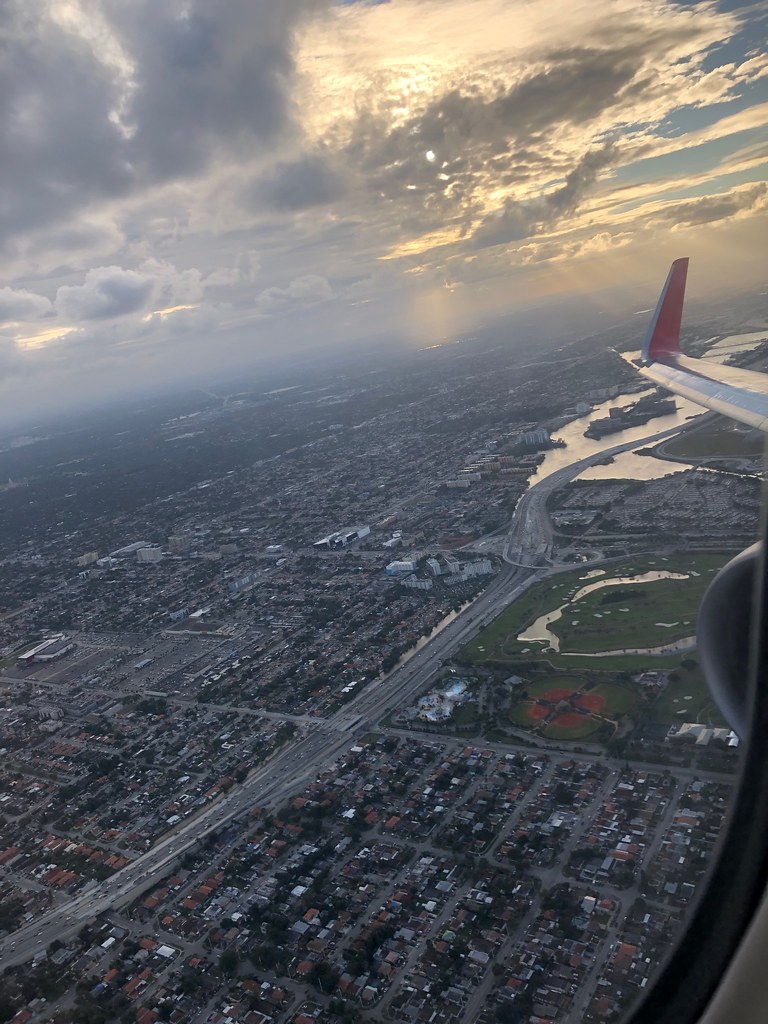 Other posts from this trip:
Lima City of Kings
Welcome to the Jungle
Piranhas and Pink Dolphins
Ringing in 2019 in the Amazon
The Sacred Valley of the Incas
Discovering Machu Picchu
Dining at 11700 Feet
Cusco Daytrip
Return to Lima
at February 19, 2019