We arrived in Riga from Lithuania and spent a very fun New Years Eve celebrating along the banks of the Daugava. We spent a total of six nights in this gorgeous city so we got to do a fair amount of exploring. It's such a beautiful place, I highly recommend the Baltic countries for their scenery, history, and even the food! 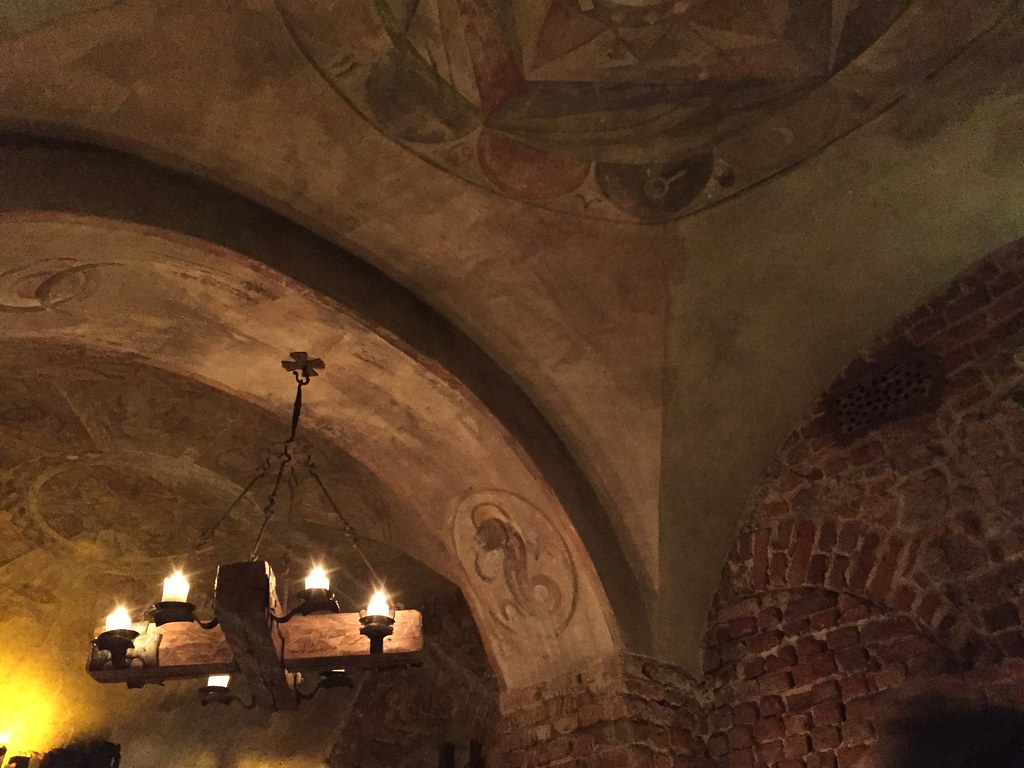 On our first night in town we needed a restaurant that was open late. We ended up picking Rozengrals which is medieval-style in a building that dates back to 1293! It was very fun for our first night and the food was quite good despite there not being electricity, real silverware, etc. There were dishes like rabbit stew with prunes, duck with cherry sauce, and a big pork shank served on a skewer meant for two!

We were all moving a bit slow on New Years Day so I cooked up a big brunch of potatoes and eggs for everyone, which took entirely too long as the stove had only 2 burners which barely got hot. Luckily we also had mimosas!

Later that evening a friend of Thibault's, who happened to be in town from Paris, came over and we all headed out to Peter's Brewhouse. This brewery serves three beers (light, dark, and red) all made on-site. We had some typical pub grub to go with our beers, including some really good bacon buns! 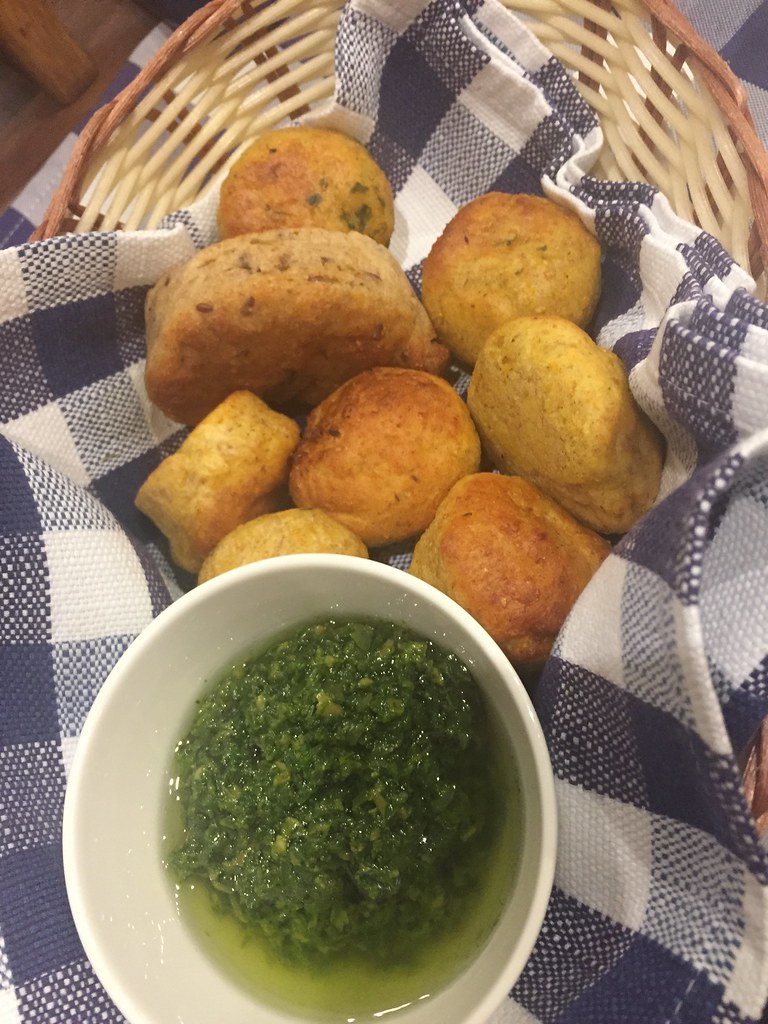 That night we did as the locals do and went to the buffet at Lido for dinner. Multiple friends with Latvian roots recommended the buffet so we were curious! Sunday night and the place was packed! We squeezed ourselves onto a small table and took turns at the different stations all with traditional Latvian food. 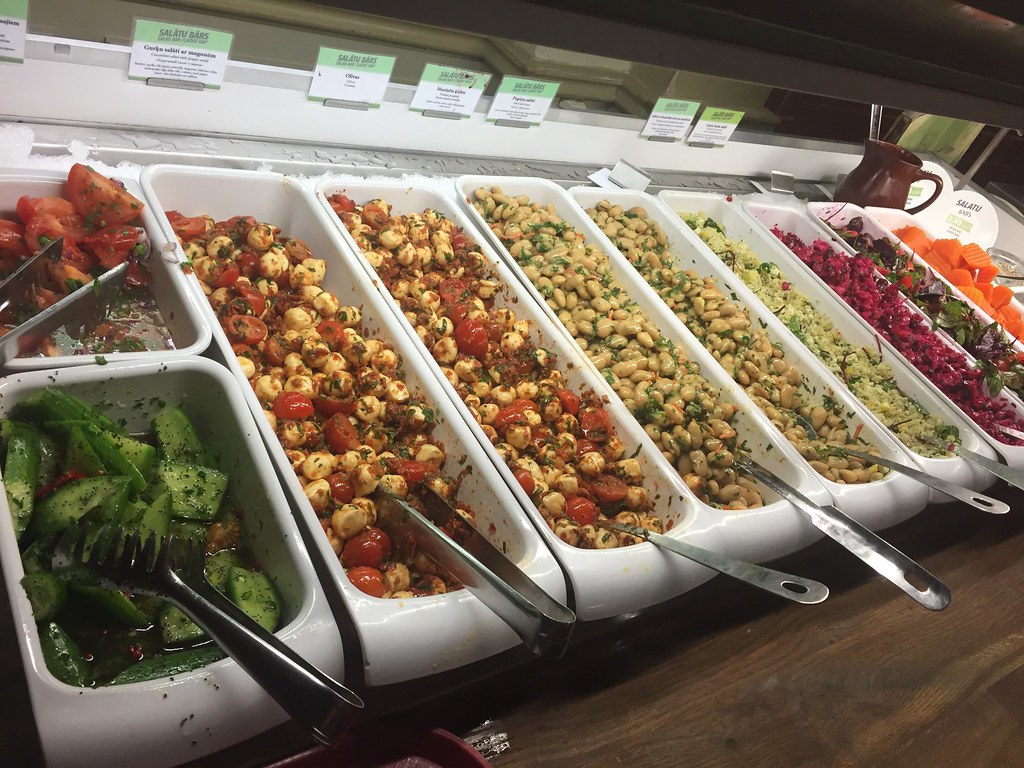 There were so many salads, and kabobs, and roasts, etc. And your meal started at about $10. It was all pretty good too! There are a few of them around the city, check it out!

We just happened upon a random whiskey bar as we left the restaurant so stopped in for a nightcap. Mine was a hot toddy; it's cold in Latvia in January!

One night we met our friend Sarah, who was also visiting, at Mute, an adorable little wine and cocktail bar. Unfortunately the night we came by they didn't have a bartender working (?!?) so only wine was available. I had a lovely glass of rosé champagne served in a gorgeous coup and also these amazing peppery cookies called Piparkukas, similar to gingersnaps. 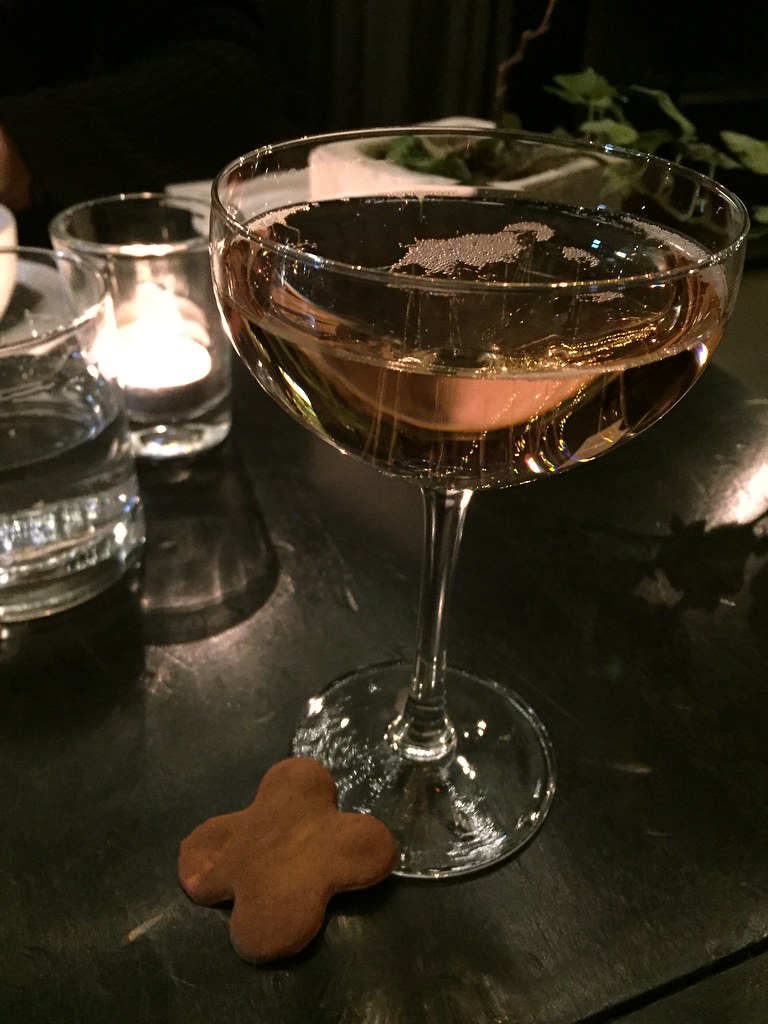 From here we walked thru the snow to Valmiermuiza, a very cool brewery serving excellent food. We had their charcuterie platter, traditional garlic bread with sour cream sauce, and not so traditional buttermilk fried chicken nuggets. I was coming down with a cold so I tried a couple of their hot mulled beers before ditching my friends and grabbing an uber home to get some rest. 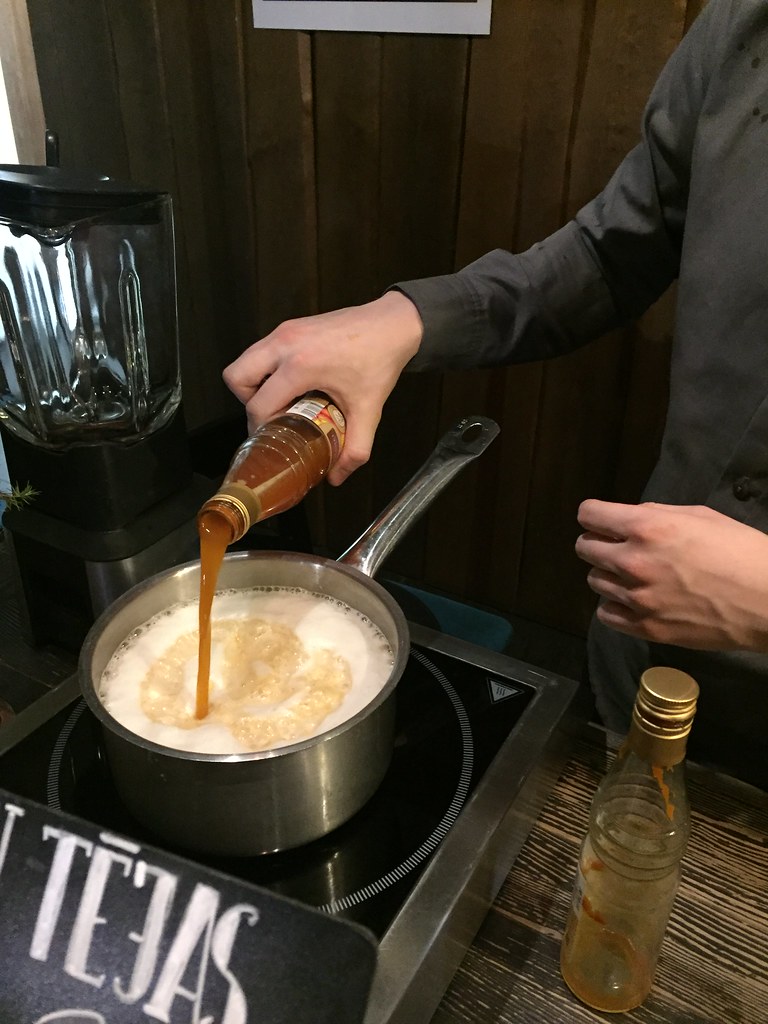 Another very well known and highly recommended tavern that we went to for lunch was Folkklubs. They are known for their traditional live folk music and they have the largest selection of beers in Riga. The subterranean space is really cool, with brick archways and lots of big wooden tables, perfect for having a group of friends trading toasts. 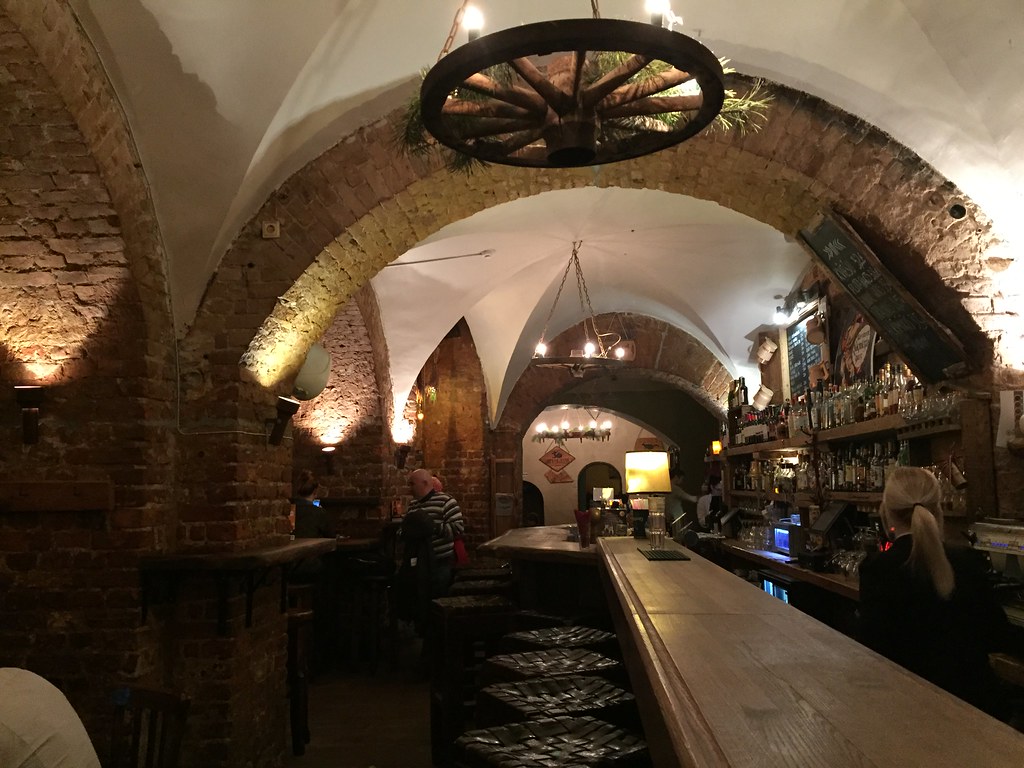 We had a very filling lunch of fried potatoes with a garlicky dipping sauce, a platter of cheeses and toasted bread, and then potato pancakes with bacon and sour cream! Traditional food is definitely a bit heavy!

We also had a chance to check out two restaurants doing modern Lativan cuisine in Riga. The first was Restaurant Forest and it was both beautiful and delicious! 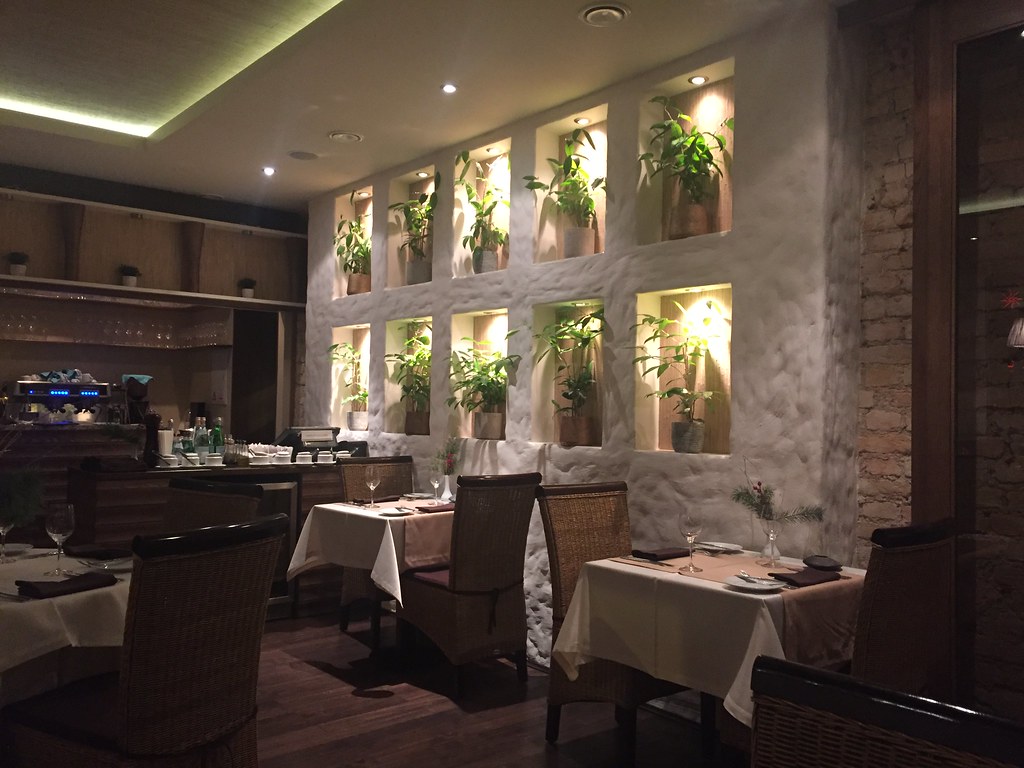 We had a very nice dinner here and really liked how they used traditional ingredients like herring, mushrooms, and game in updated expressions. Dishes were plated artistically and the ingredients were very seasonal. 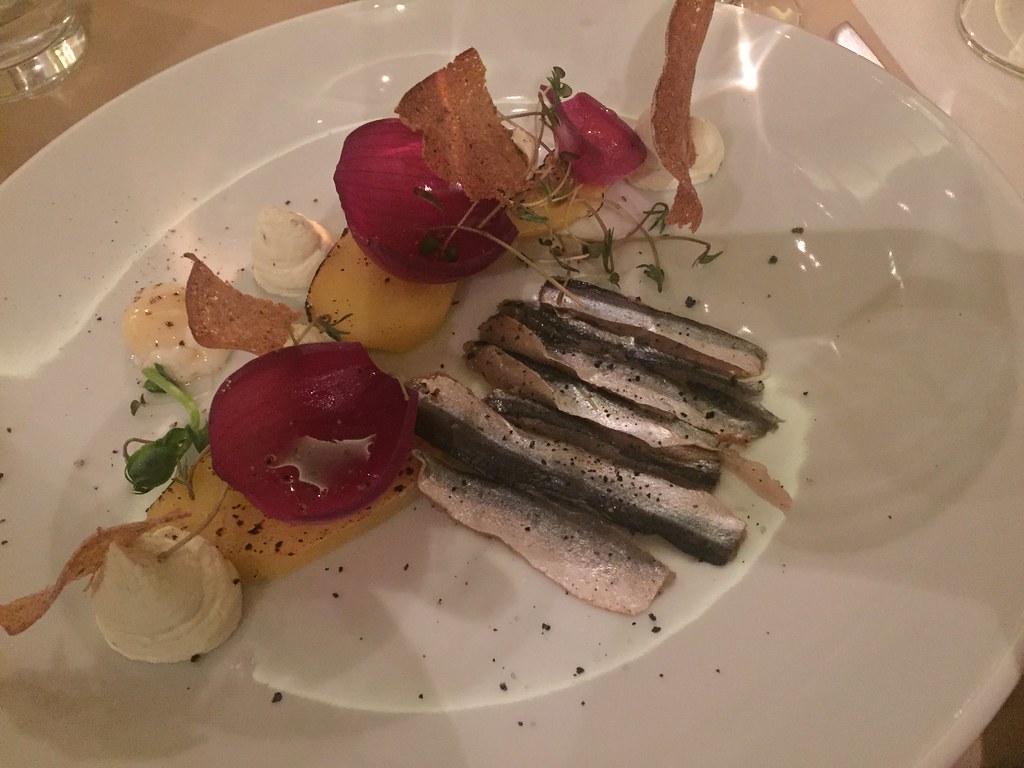 On our last evening in town Forest, Caitlin, and I went to 3 Pavari Restaurant. The decor is slick and modern and the menu read very well, lots of delicious things like rabbit, foie gras, elk, and lamb. Our cocktails had a lot of ingredients and garnishes in them; they were just ok and unfortunately the meal would echo the cocktails.

Our bread service came á la Jackson Pollock; each of us had a placemat of parchment paper which the server squirted various spreads in an abstract style. It was fun if a bit precious. 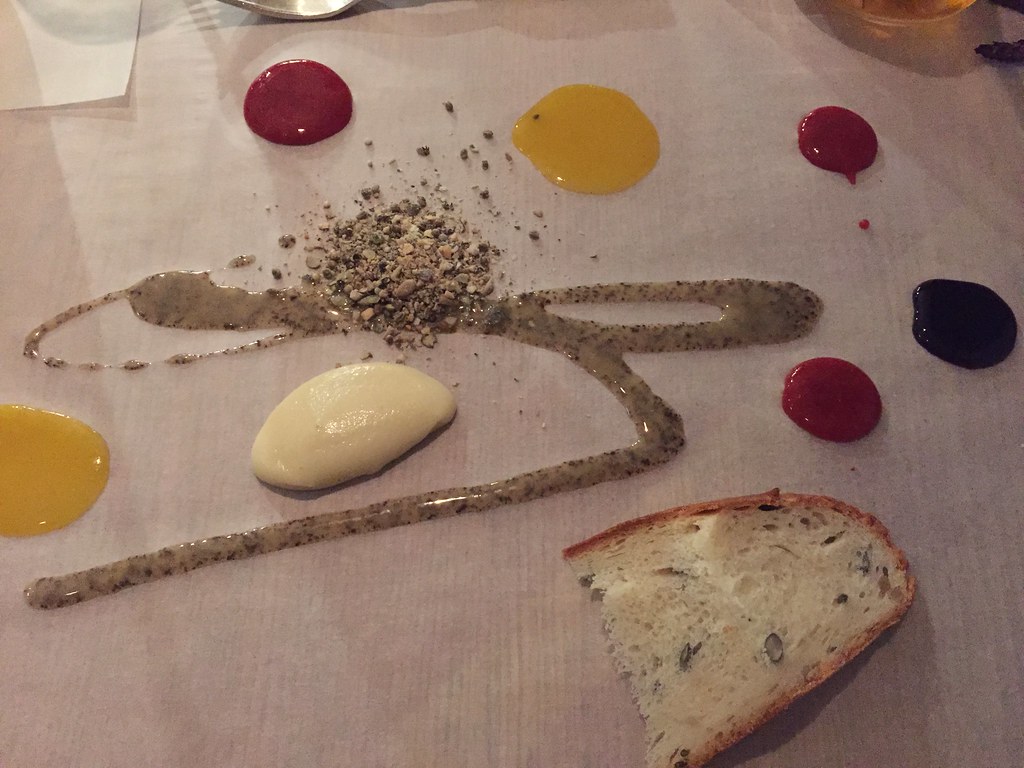 The food here was good but it felt like there was more thought put into how many ingredients could be used and how cool the presentation could be vs. the development of flavor. And it was the most expensive of our trip. But it also shows that the chefs in Latvia are exploring new trends and pushing some boundaries which I like. 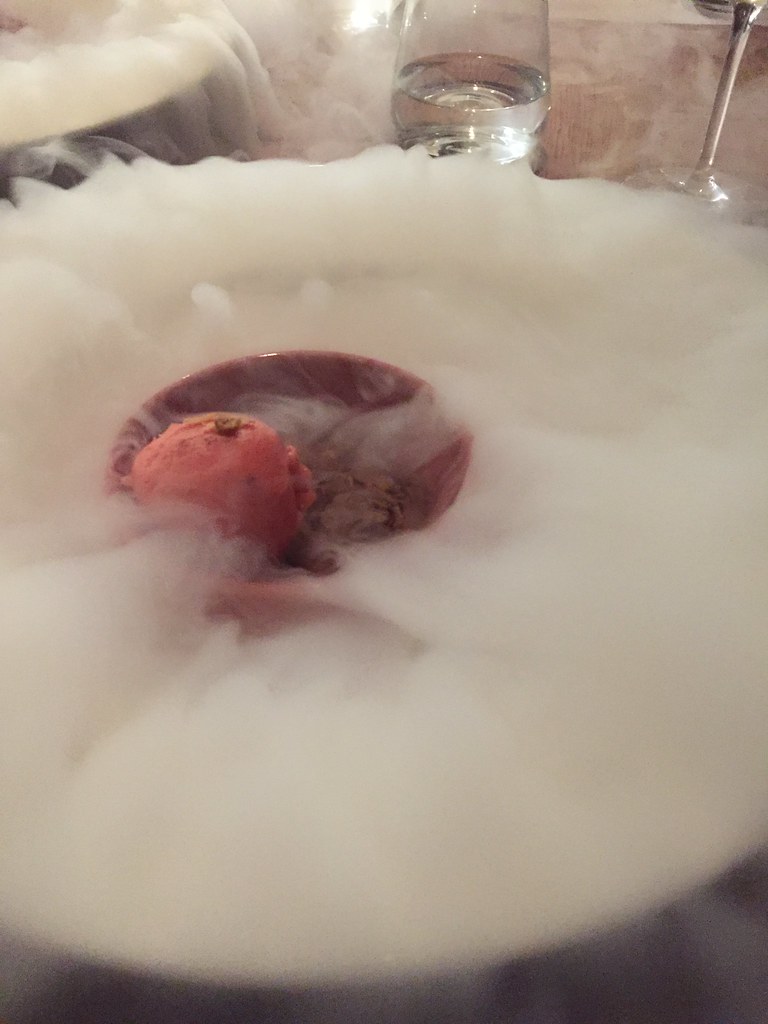 We had a great time exploring the many food options in Riga!

You can also find photos of our trip on Instagram using the hashtag #BalticBash2016
Other posts from this trip:
36 Hour Parisian Birthday Party
Christmas in Beaujolais
Baltic Bash Kick Off
Out and About in Lithuania
Baltic Road Trip
A Very Baltic New Year
at October 12, 2017