We took a little break from the Bourbon Trail to experience the other thing that Kentucky is know for, horses. 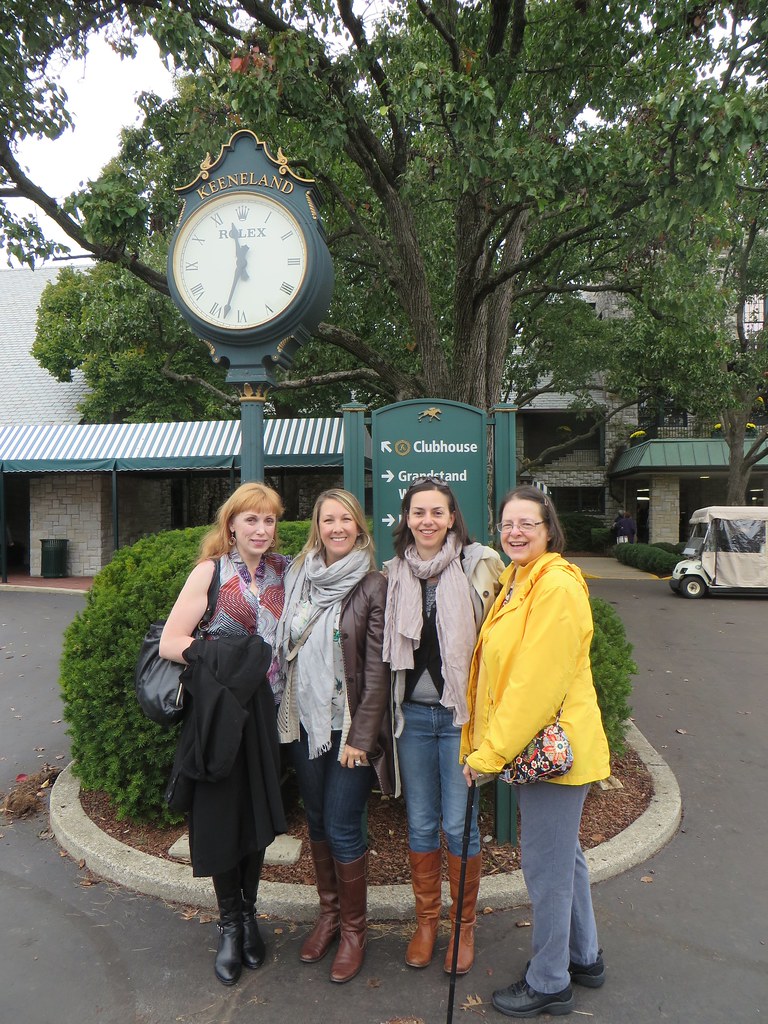 First up, a day spent at Keeneland Horse Track. I've been to a few horse races in the past but nothing like Keeneland! It's an absolutely beautiful venue, dating back to the late 1930's. Jen's dad armed us with programs and pens, and they all gave Elisabeth and I some quick lessons in betting.

We immediately got in line to meet and have autographs signed by the jockeys. Some of them were super friendly and talkative, others just doing their thing, but it was a great introduction to the men (and women!) who would be racing and others who were icons in the sport. 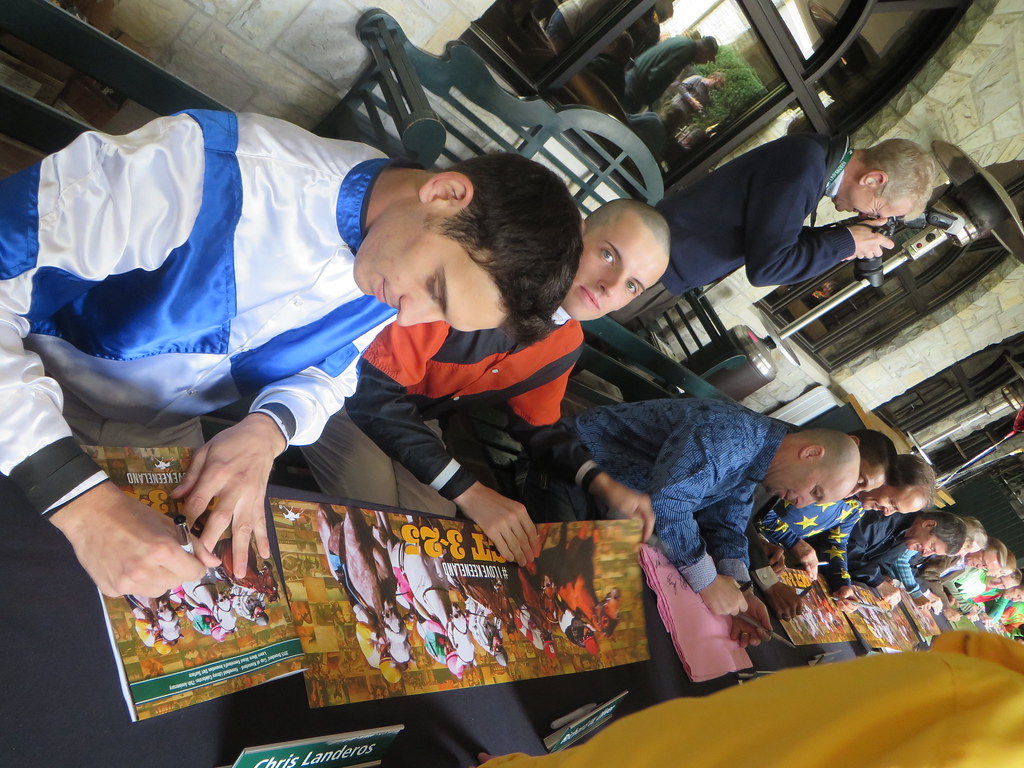 We watched some of the races from our seats in the grandstand and others from down along the rail. A total of nine races were run and there were two run on the inner grass track which I had never seen before. 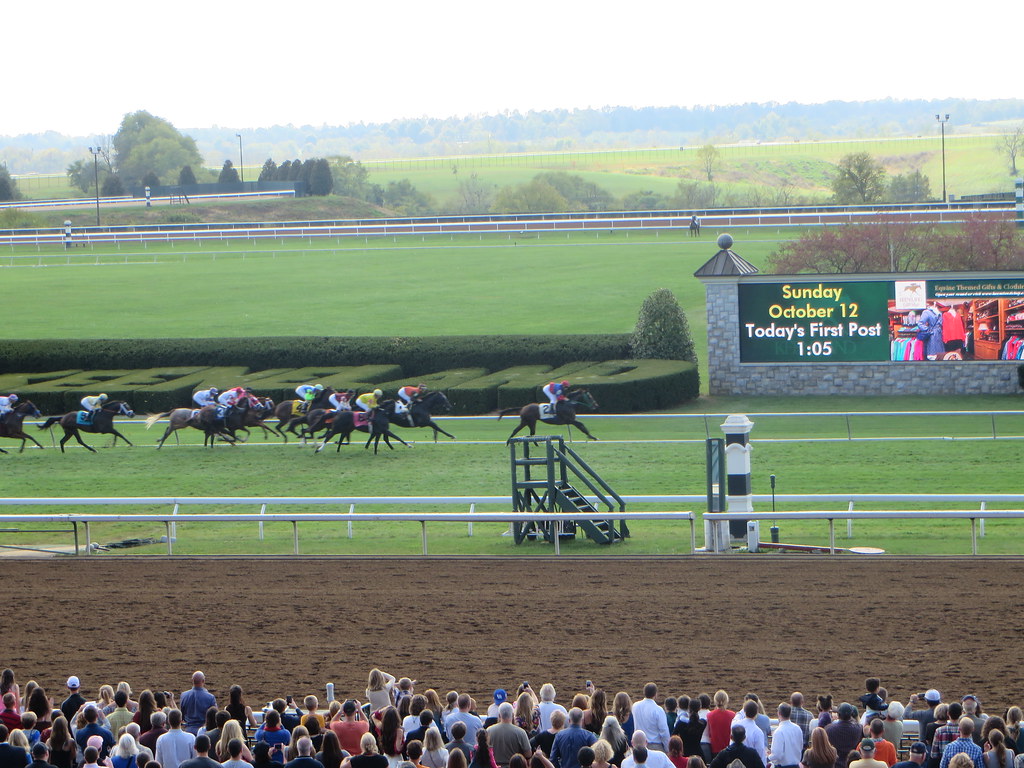 And of course we visited the paddock before a few races for an up close, front and center view of the amazing Thoroughbreds. After their handlers walked them around they were led to the jockeys who rode them into the track grounds. I was standing in front of the path when they walked them past, awesome! 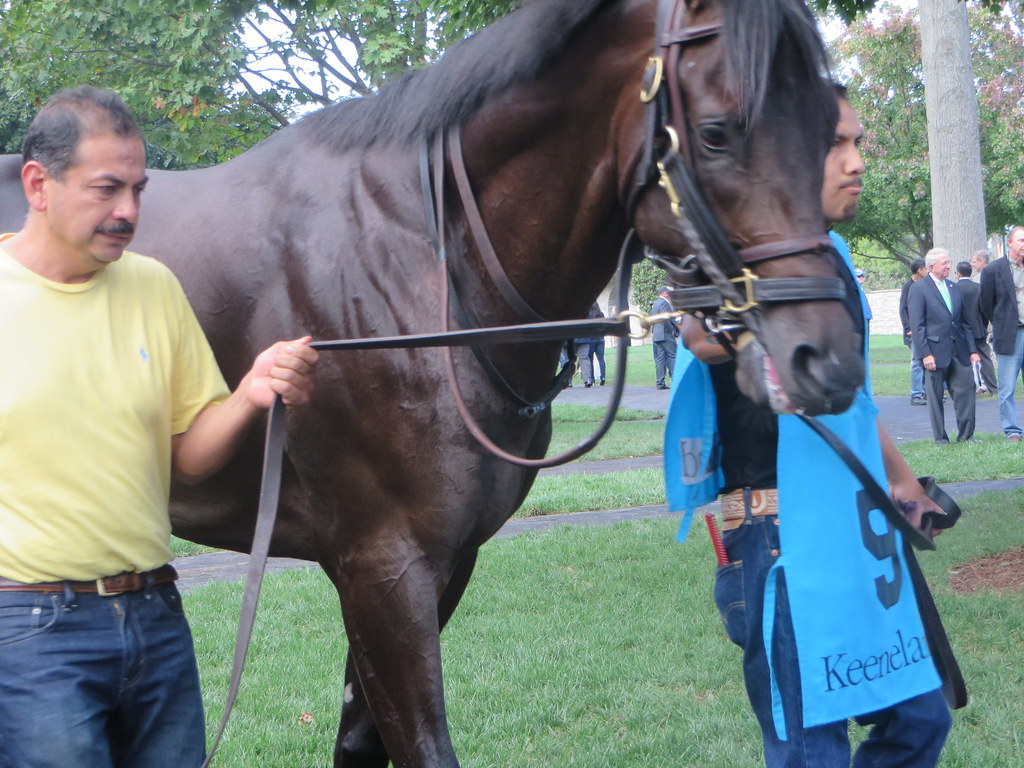 The start gate was moved on the last race, directly in front of the stands which was very cool too. The entire day was fun, fun, fun! And it didn't hurt that I came out quite a bit ahead for the day. Beginner's luck and all that! 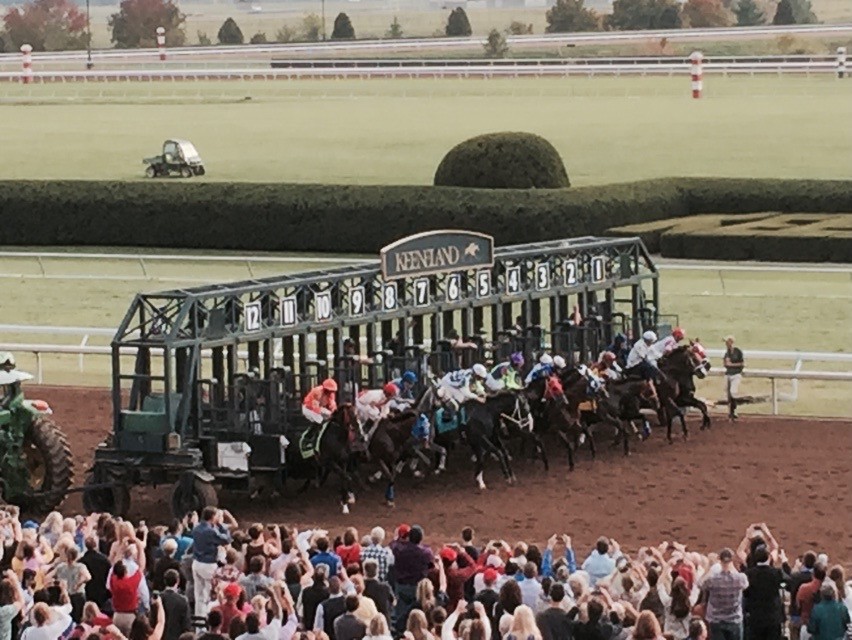 The next day we headed out to Windstar Farm to see how these Thoroughbreds live, and hear all about how they breed. TMI!

We drove past acres and acres of rolling bluegrass pastures divided by white or black horse fencing. It was absolutely gorgeous, especially with the leaves just starting to turn and some of the roads bordered by pretty stone fences. 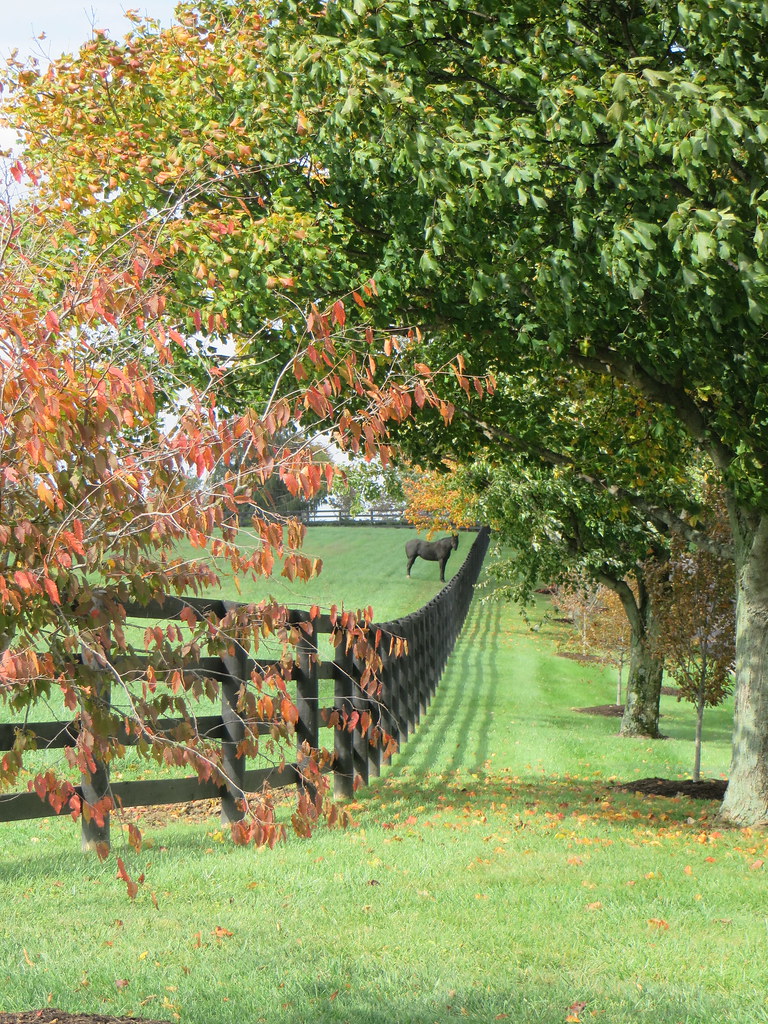 Winstar has a well-known collection of winning stallions and they command quite a bit of cash for breeding. Their stallion, Distorted Humor, has already sired 124 stakes winners, and his stud fees are $100k per - um- pop. And that is just one of their stallions. Horse breeding is big bu$ine$$!!

Additionally the farm owns Tiznow who, along with many championships, is the only 2-time winner of the Breeder's Cup. He was out in his field, watching us but not interested in visiting, but still a sight to see. 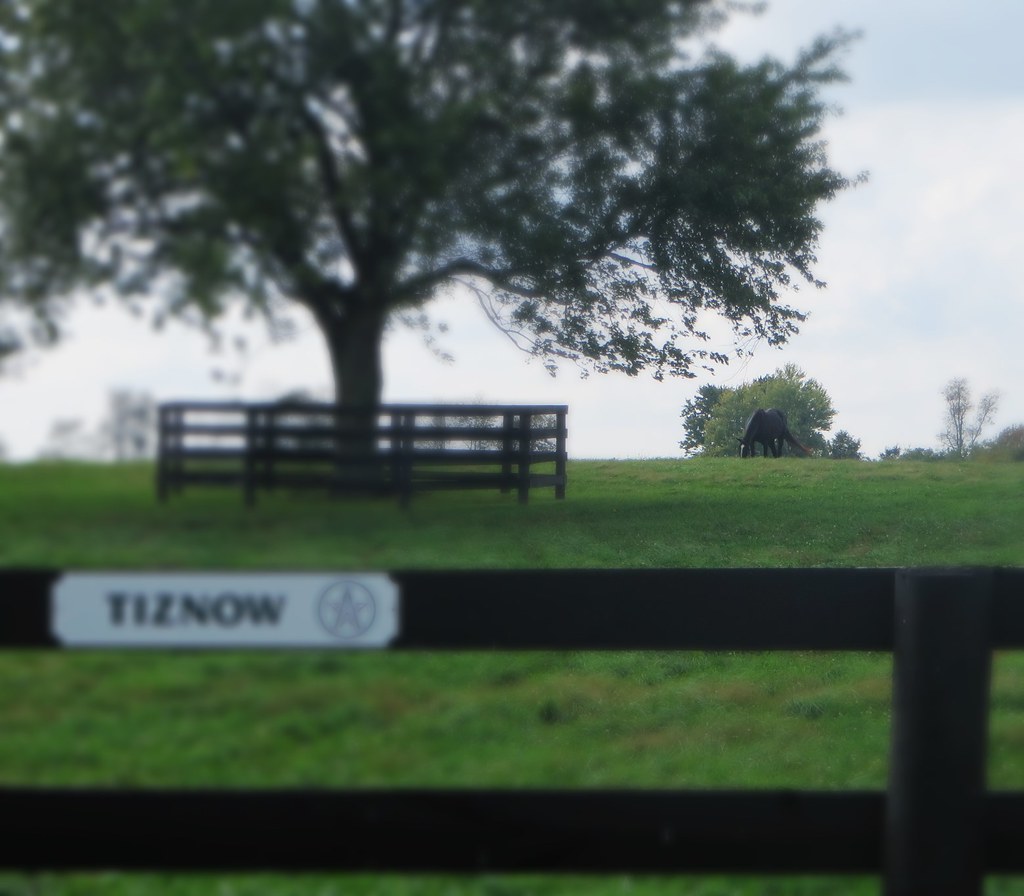 But others like retired Paynter, were more than happy to say hello. 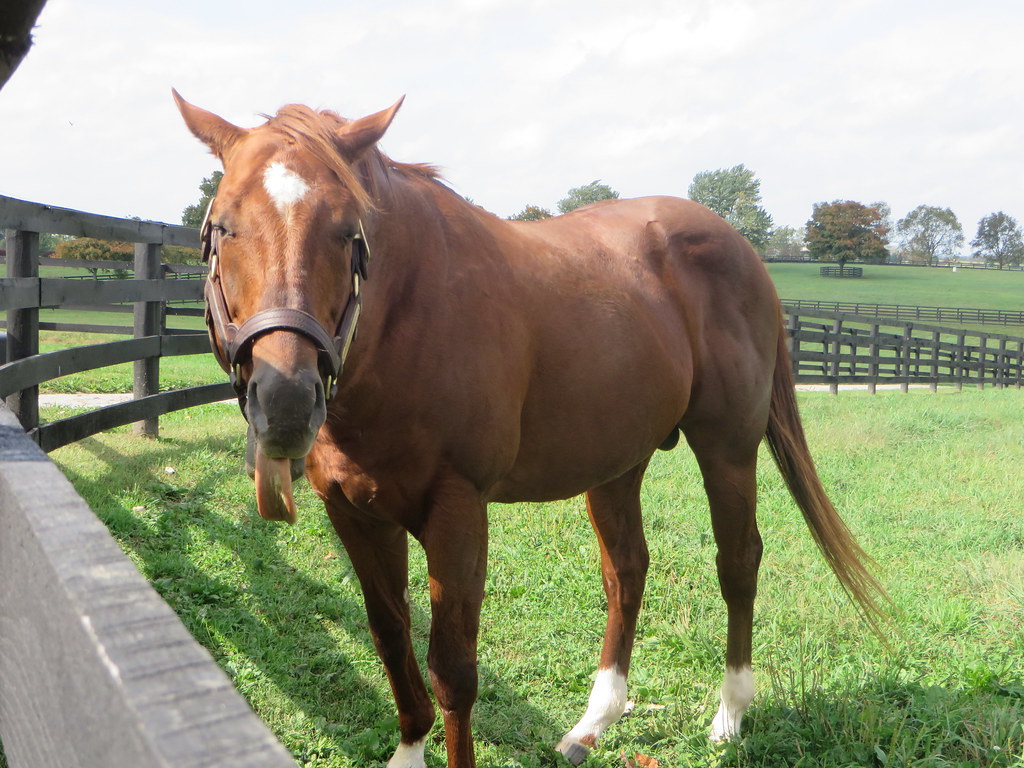 The tours at Windstar are free but you must book in advance. It's quite interesting and absolutely beautiful. Generally the stallions will be in their barn but I actually liked seeing them outside. 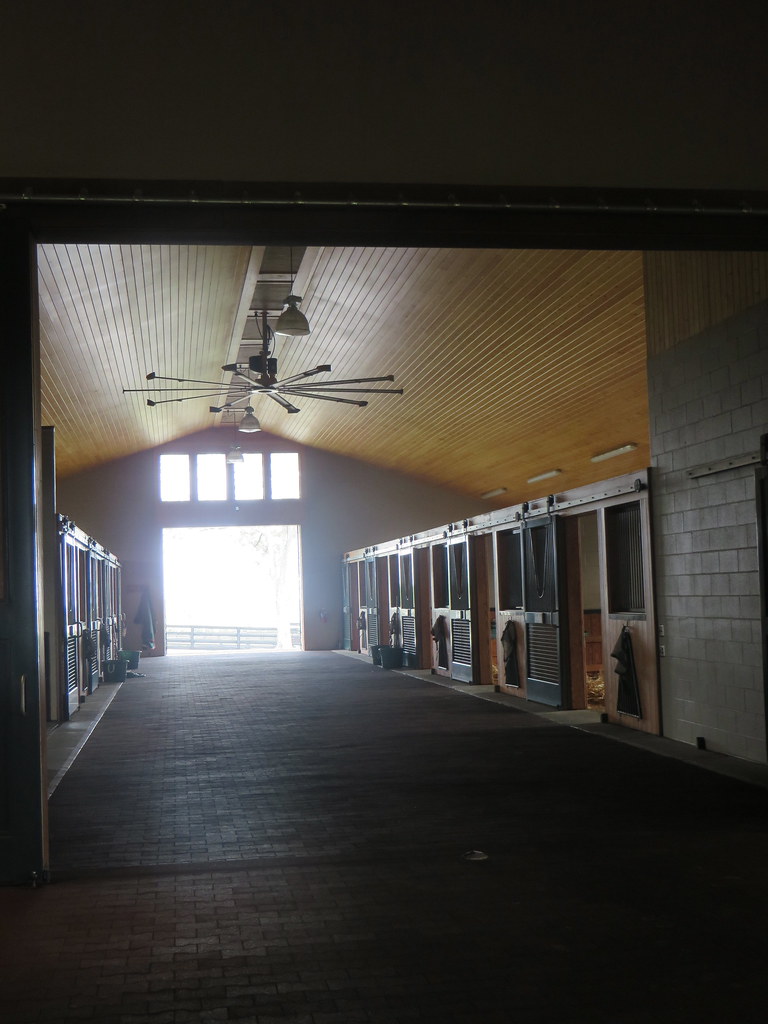 We headed to the near by Wallace Station deli for lunch after, enjoyed outside on the porch while plotting our return to the Bourbon Trail. 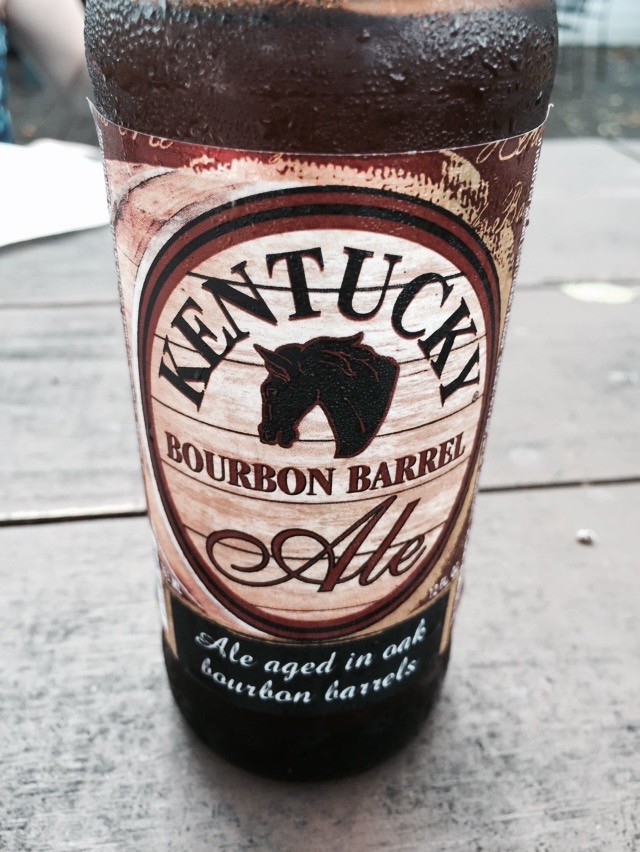