Asturias Spain is home to cider or sidra as it is known, and we were in for a first-hand experience like no other. We checked into the Hotel de la Reconquista in Oviedo which was absolutely fabulous! At check-in they gave us a voucher for a glass of sidra in their bar. Judy and I enjoyed ours in the pretty common area while waiting for the others. 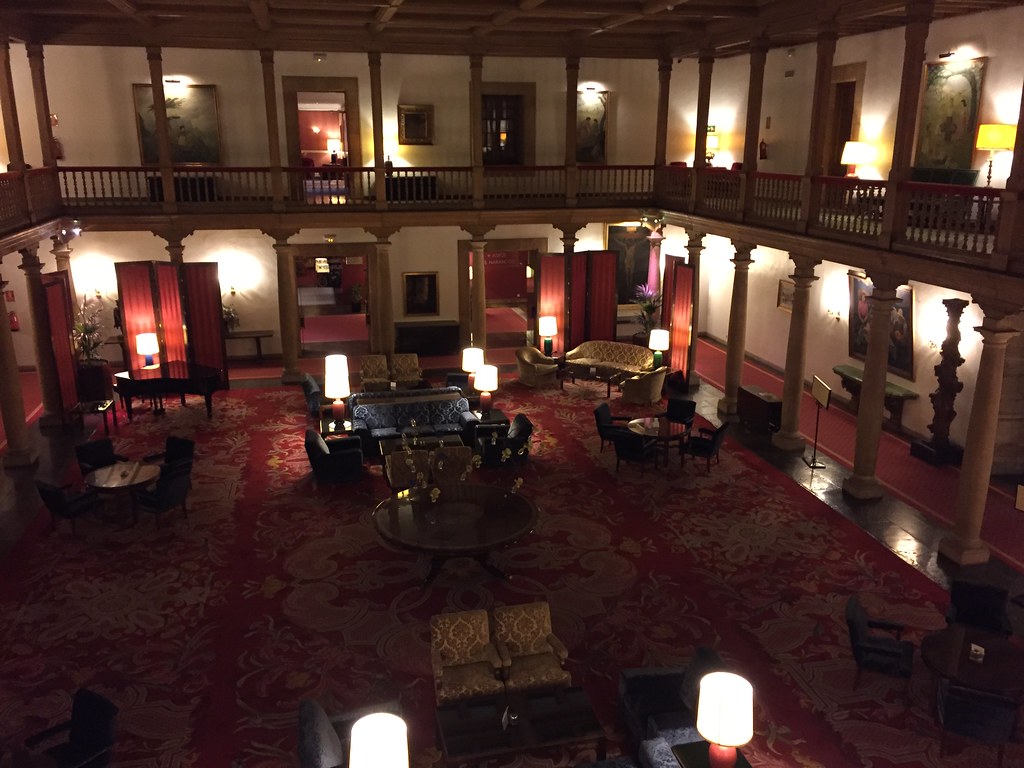 Once everyone was ready we were met by the local restauranteur Marino Gonzalez and were led on a great walk around the city, the buildings all lit up beautifully. 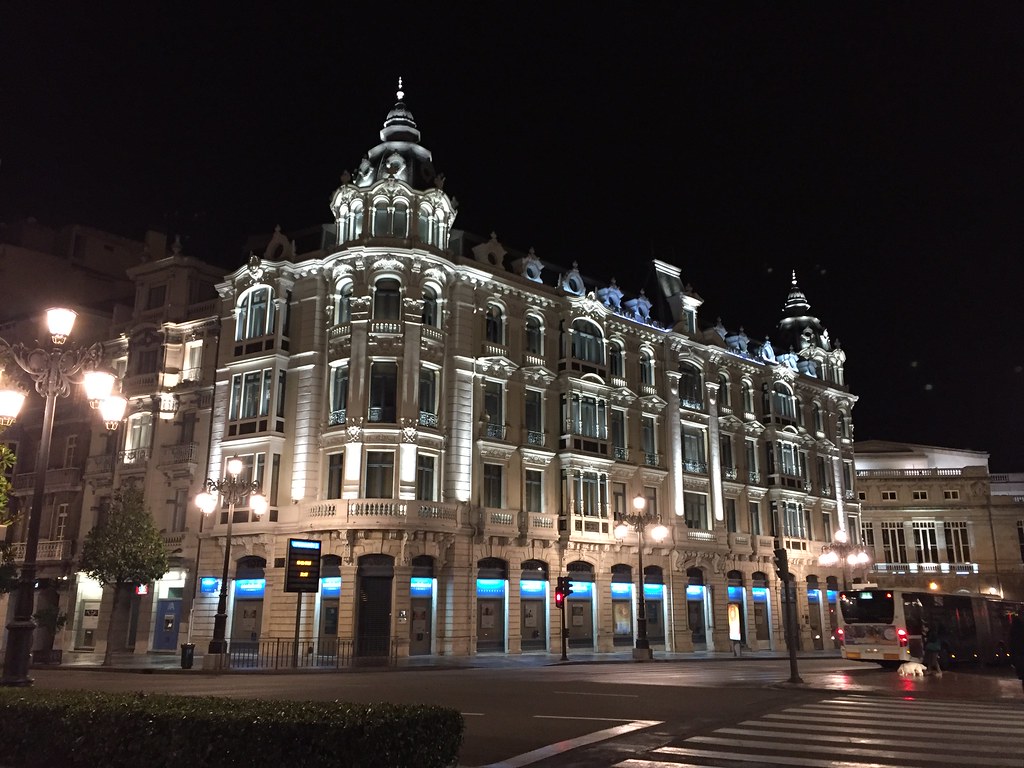 We then went to the uber popular casual cafe, Tierra Astur on Gascona which is basically "cider boulevard". They take their cider VERY seriously here and we were treated to glasses which were poured with great ceremony; the bottle held as high as the waiter could while holding the glass as low as they could. In Asturias, when you are handed a glass of cider you drink it all down in one go, no sipping politely! 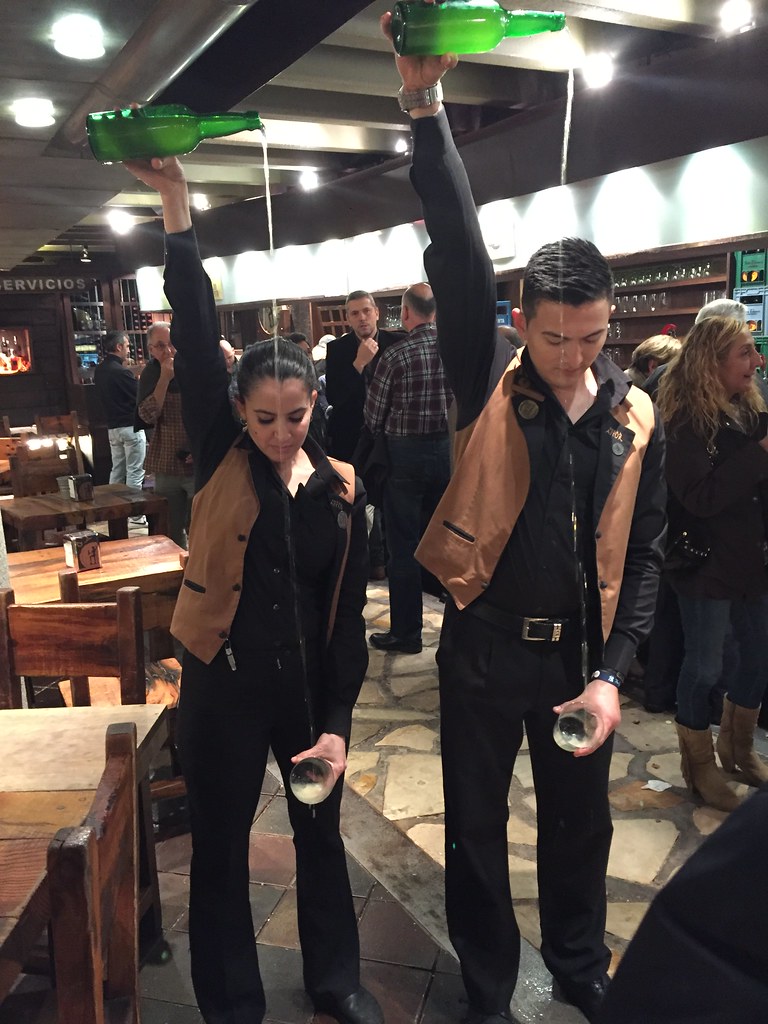 We continued on to Gonzalez's popular grill restaurant for dinner. It's a cool space with hanging cider bottles and wood planked walls. Apples would know they were headed for the barrel or the bottle in here! 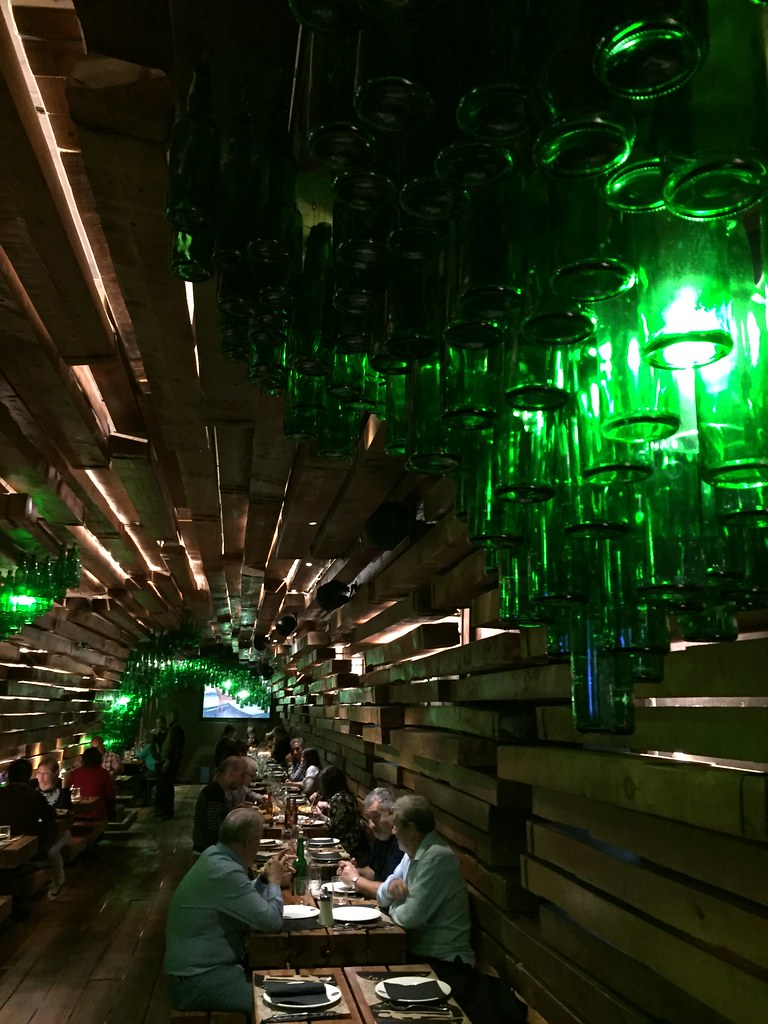 Another specialty of Asturias are beans and the dishes they use them in. I had my first taste of fabada (lush white beans slow cooked with chorizo, blood sausage, and pork belly) during dinner here. We all thought was good but this restaurant's dish would be outshined the next day. The fabada was preceded by some really great local cheeses and followed with huge grilled steaks (another specialty of the region). And wine. And lots and lots of cider, which of course you shoot down! The restaurant's floorboards have gaps between so that when the cider being poured spills there is less clean up. I mean that shows you how serious they are about their drinking! 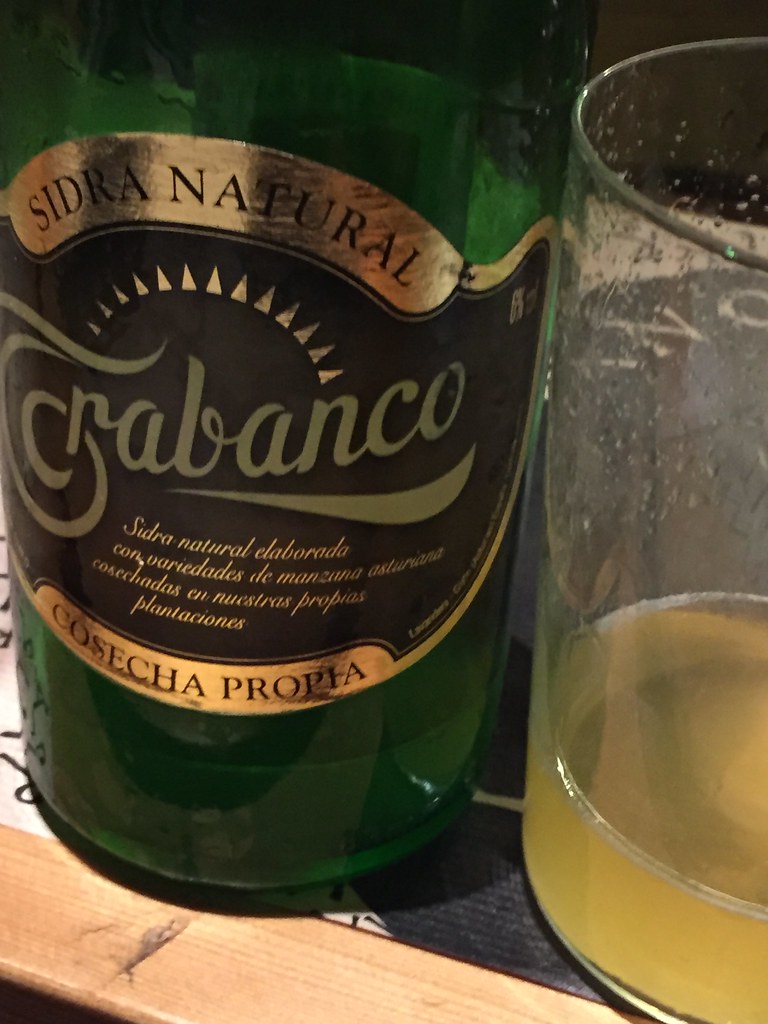 We checked out of our hotel the next morning and Gonzalez met us at his cheese distribution center where some of our cheeses from the night before we either made or distributed from. He is very active in supporting the Asturias culture, traditions, and products. This was one of the rare activities that we were all pretty bored with although the owner couldn't have been nicer and they sent us all off with some delicious cabrales. 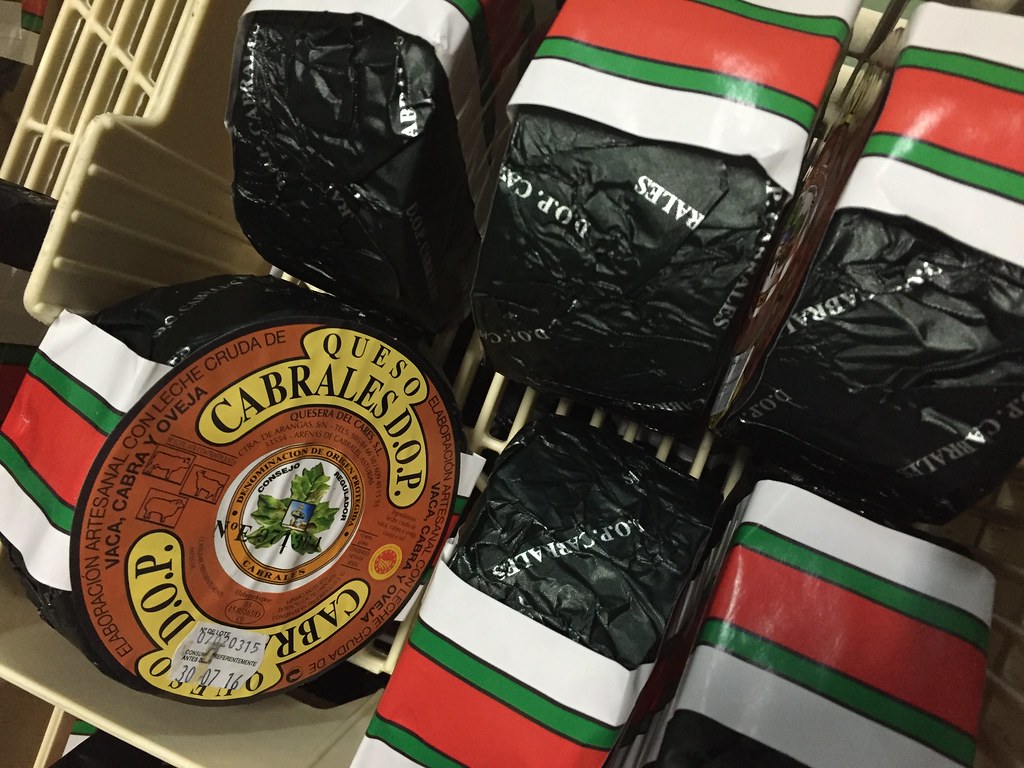 Gonzalez took us next to visit Caseria San Juan del Obispo, an amazing cider and brandy producer on a beautiful farm. 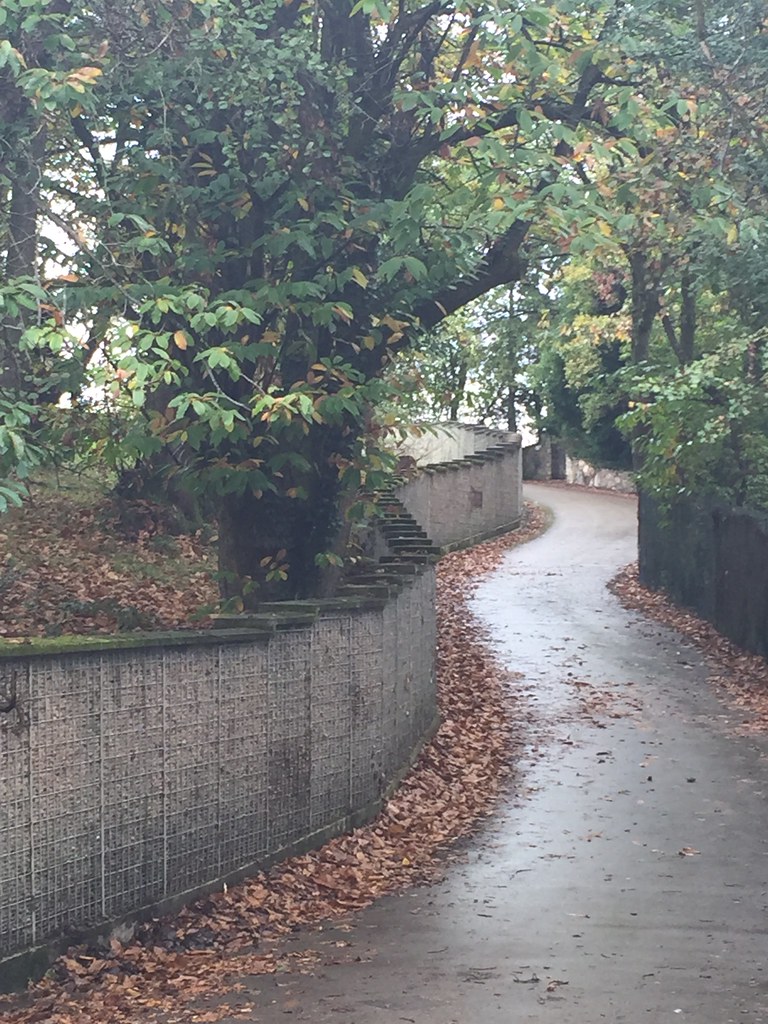 We were shown around by owner José María Díaz who took us into the orchards,  explained the harvesting, the procedures, and showed us the tanks and the brandy stills. We tasted juice straight from the tanks and then he brought us inside where we tasted some of the areas delicious cheeses with his ciders and brandies. 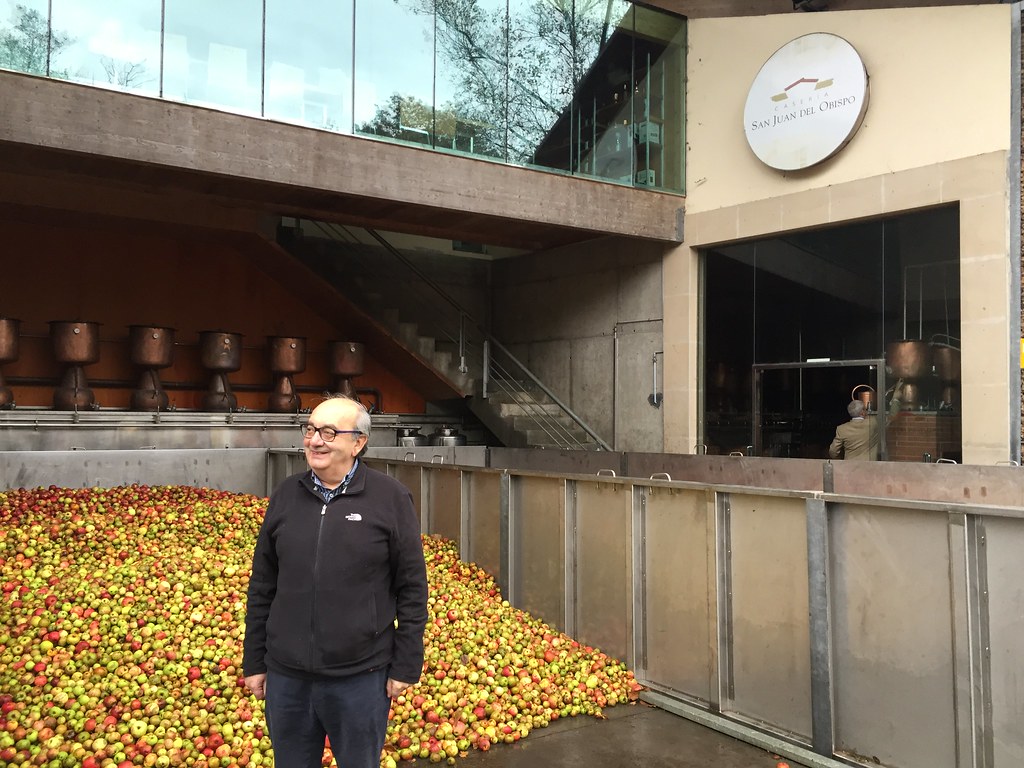 Díaz was so passionate and hospitable, his enthusiasm was infectious. We all had such a great time here and to top it off, he let us all choose a bottle of either cider or brandy to take home!

Next stop was to another farm, this one owned by an artisan cheesemaker Isaura Souza Ordiales, Quesu Ovin. 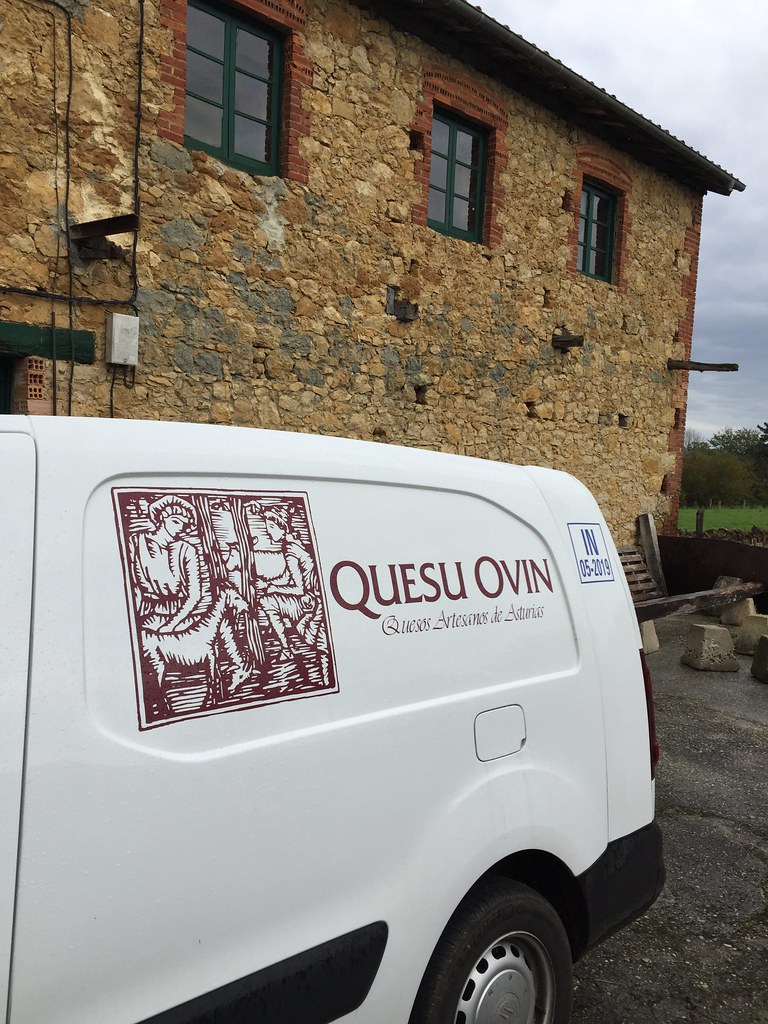 Ordiales is making a variety of cheeses and walked us through the steps from the initial receiving of the milk, to the process of making the cheese, including choosing the right mold for each variety and aging them until the desired ripeness. Man I love me some good cheese! 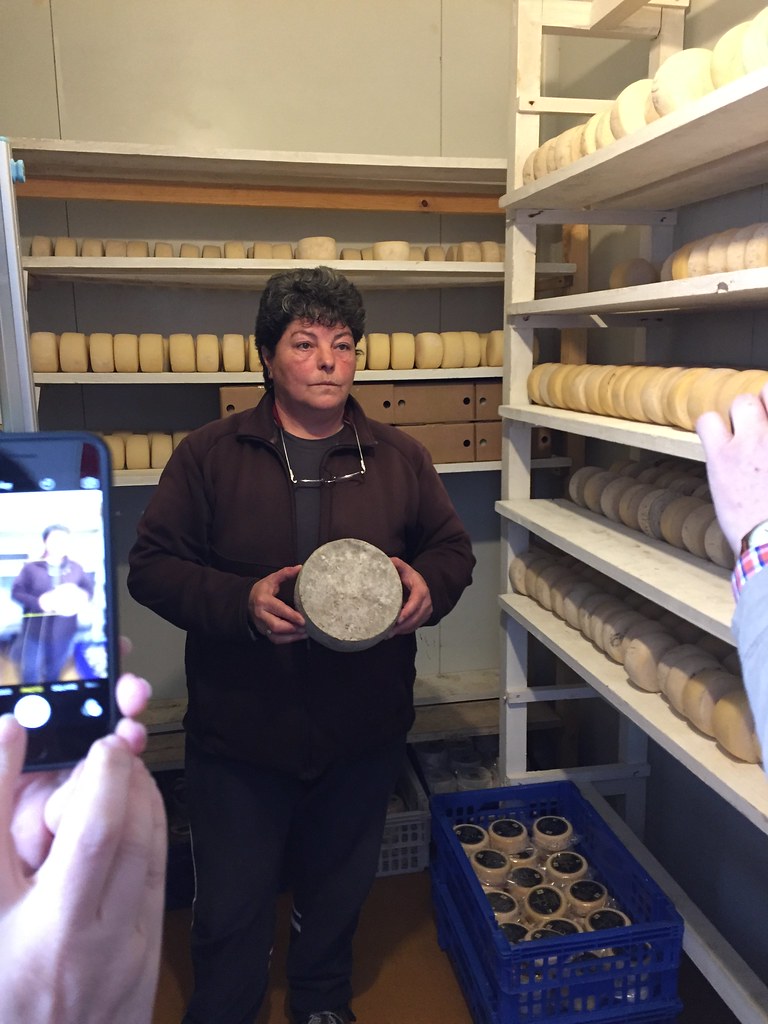 We did all of this before lunch! It was time to sit down to a proper meal so our trusty van driver Antonio drove us to Canga de Onis where we sat down at Los Arcos. Now here is where I officially fell in love with fabada. 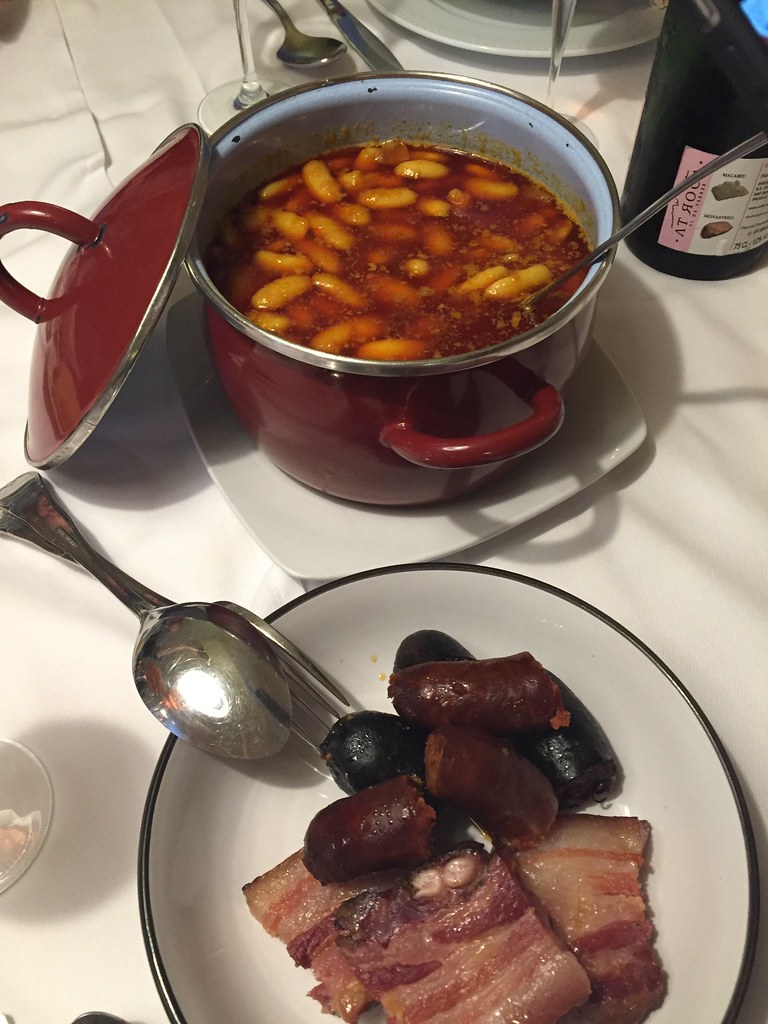 There were other things on the menu that day, in fact there was an amazing sparkling rosé that I wish I could find here at home. But the fabada was the star of the show!

We strolled around the town after lunch and found a touristy shop selling all sorts of food items from Asturias. I bought a "fabada kit" with the meat cryovac'ed for storage, as well as some of the areas famed beans.

We continued our walk across the river for this ridiculous good-bye view of Asturias. It had been a good day! 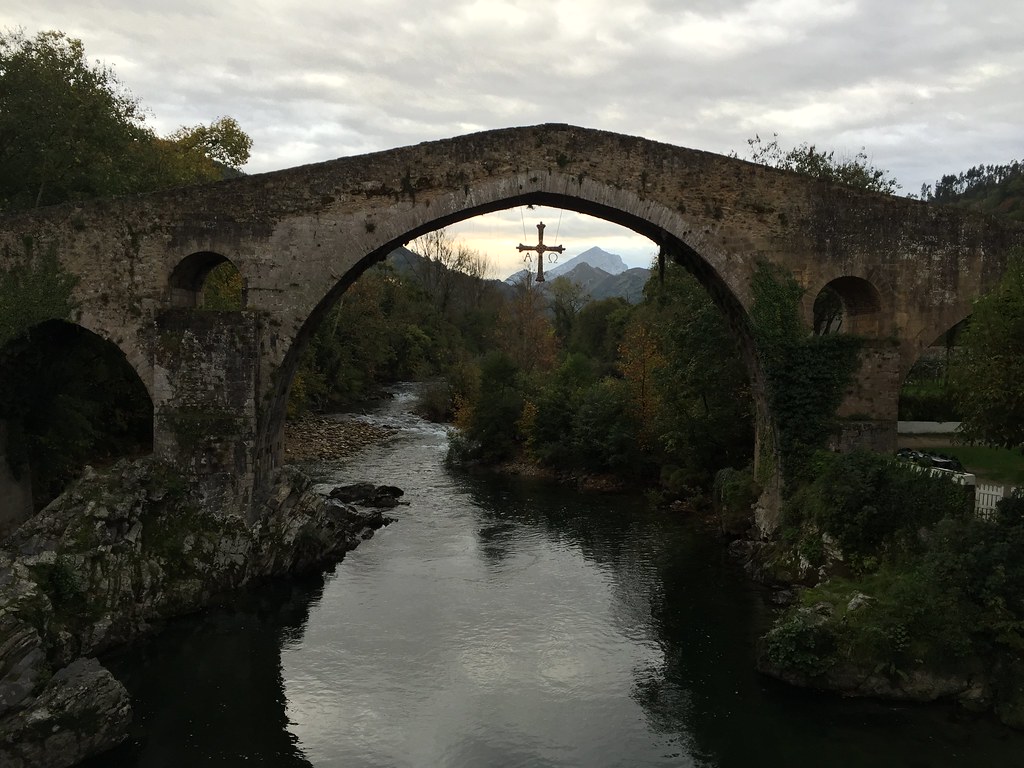 All photos of Asturias here.
Other posts on this trip:
Northern Spain Food & Wine Tour
Shellfish & Grapes in Galicia
On the Move in Galicia
Beef and Basque
at April 02, 2017