We had two great camping trips this year at two new spots in WA.
The first was earlier in June and we made reservations for a spot at Moran state park on Orcas Island. I had purchased a deal for a private sailing trip for 6 out of Deer Harbor so combining that with a weekend of camping seemed like a great plan, and it was!
Dayne would be flying out after work to meet us Friday evening, but Matt, Jen, Gary, Elisabeth and I got up early and drove out to Anacortes to catch the ferry. We grabbed our spots in line, made up some bloody Maria's and watched the pretty morning mist clear off the water. Our camp site was great but it did come with built in exercise equipment, whether that was a bonus or not we still haven't decided. The site was up a relatively steep hill, great for privacy and the glutes. It also came with a tree swing, great for, well just great! We did a bit of exploring down by the lake, had a little hike, and generally just chilled out for the afternoon.
Dayne arrived at the "airport" which consisted of a small field landing strip and not much else. Watching the pilot climb out of the window to then open the hatch and release his passengers was enough for me to know that I probably wouldn't be taking one of those anytime soon. The next morning we drove to Deer Harbor to Classic Daysailing and boarded Captain Ward Fey's sailboat which seated the 6 of us and him cozily. He gave everyone a little job to do; handling the tiller, pulling the lines, watching for logs, and soon we were sailing out of the harbor. It was a spectacular morning, clear, sunny and warm! We spotted a huge bald eagle perched atop a pine tree watching us, a few others riding the wind currents, a big osprey in it's nest, and a half dozen seals. We brought a nice picnic breakfast on board, complete with mimosas, and had a fantastic 3-hour tour. We even sailed right past our friends house on Crane Island. I'd absolutely recommend Capt. Ward!
After we docked, we headed into town for some lunch before heading back to our campsite. Wanting to take full advantage of the stunning weather we blew up our dingys and put in on the lake, paddling around for the afternoon with some rosé.
The next morning we packed up camp, drove up to Mountain Lake and put the boats in again. Cue more rosé. A relaxing picnic on the lawn while waiting for the ferry and great views on the ride ride back to the mainland were the frosting on top of a fab camping weekend! 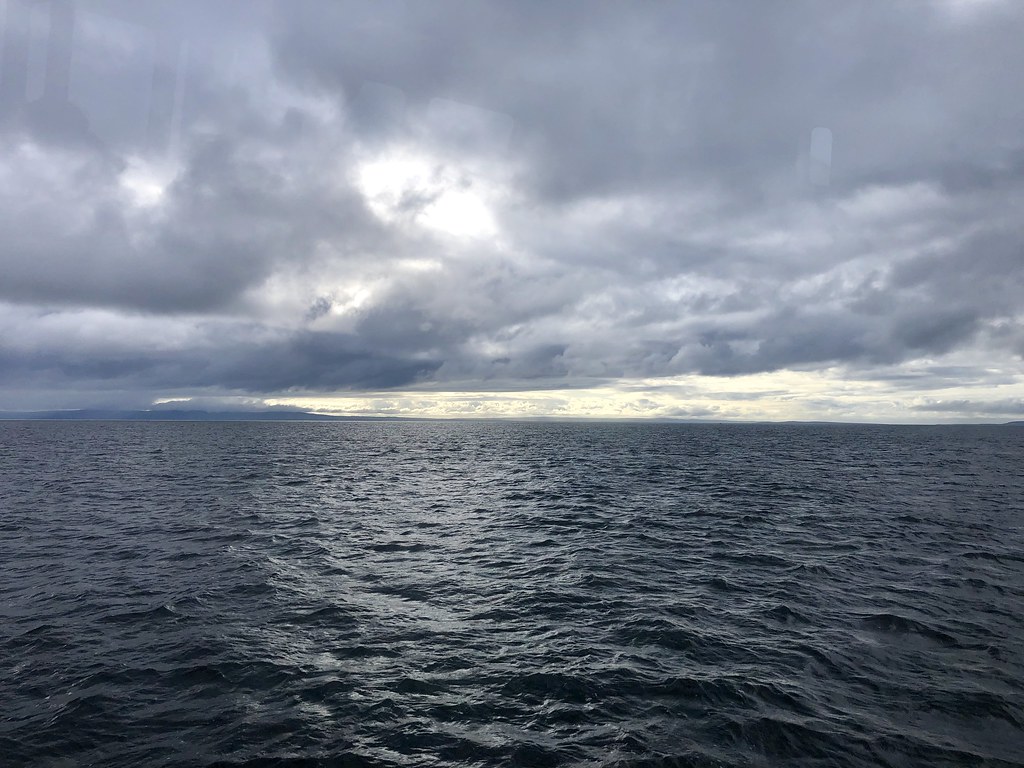