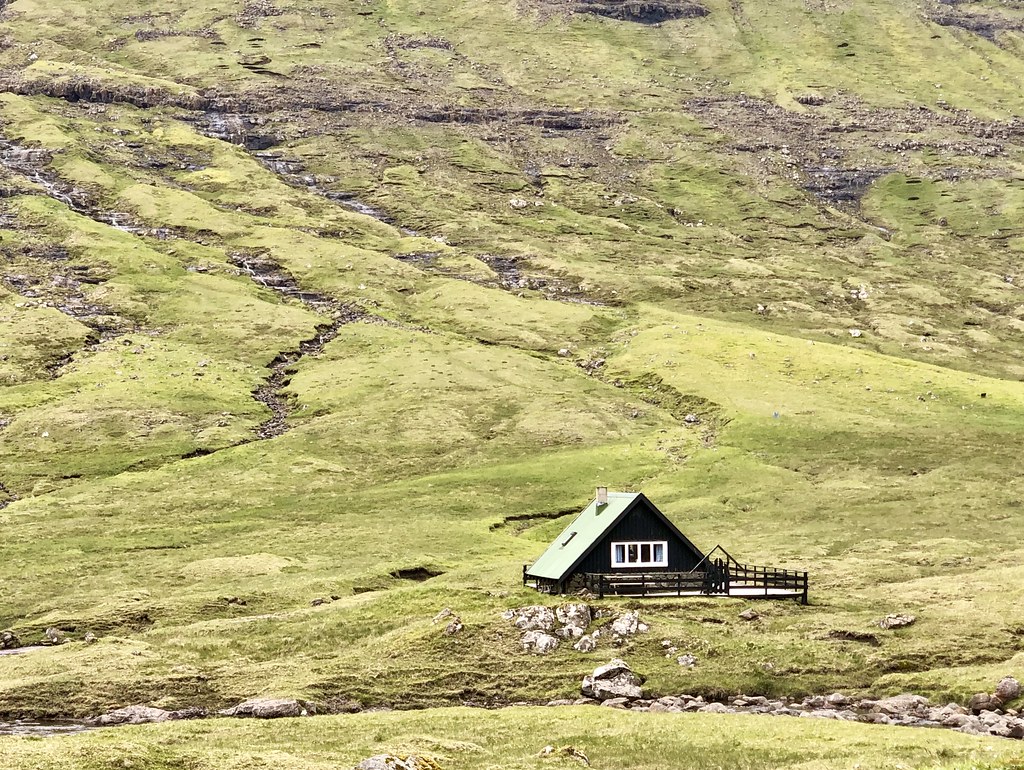 I had read a lot about driving on the Faroe Islands; what's so difficult about driving there you might ask? Well let's chat about one-lane roads, some are through unlit mountain tunnels, also sub-sea tunnels, crazy thick fog, and nomadic sheep who don't know how to use crosswalks! We encountered all of these things on our adventures. 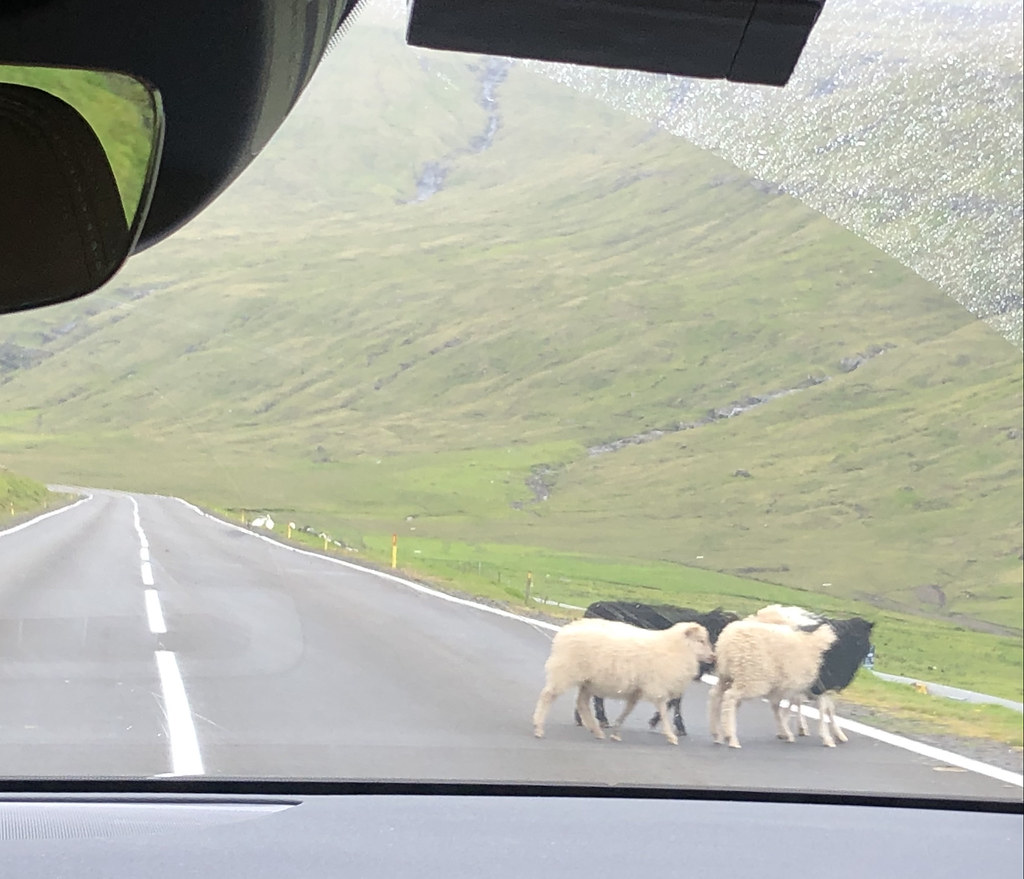 Our car rental was one of the most expensive I've encountered. And we just had a basic Kia from Avis. We weren't able to find a rental with unlimited miles without the cost being ridiculous. The car had a toll road pass, so we wouldn't have to stop at a gas station to pay the fee, but we still had to pay for the usage. All told we spent over $600 for a manual transmission for 4 days (no automatics were available).

Besides driving to the locations of our various hikes, we spent one full day driving around the islands of Streymoy and Eysturoy and exploring some really beautiful areas. 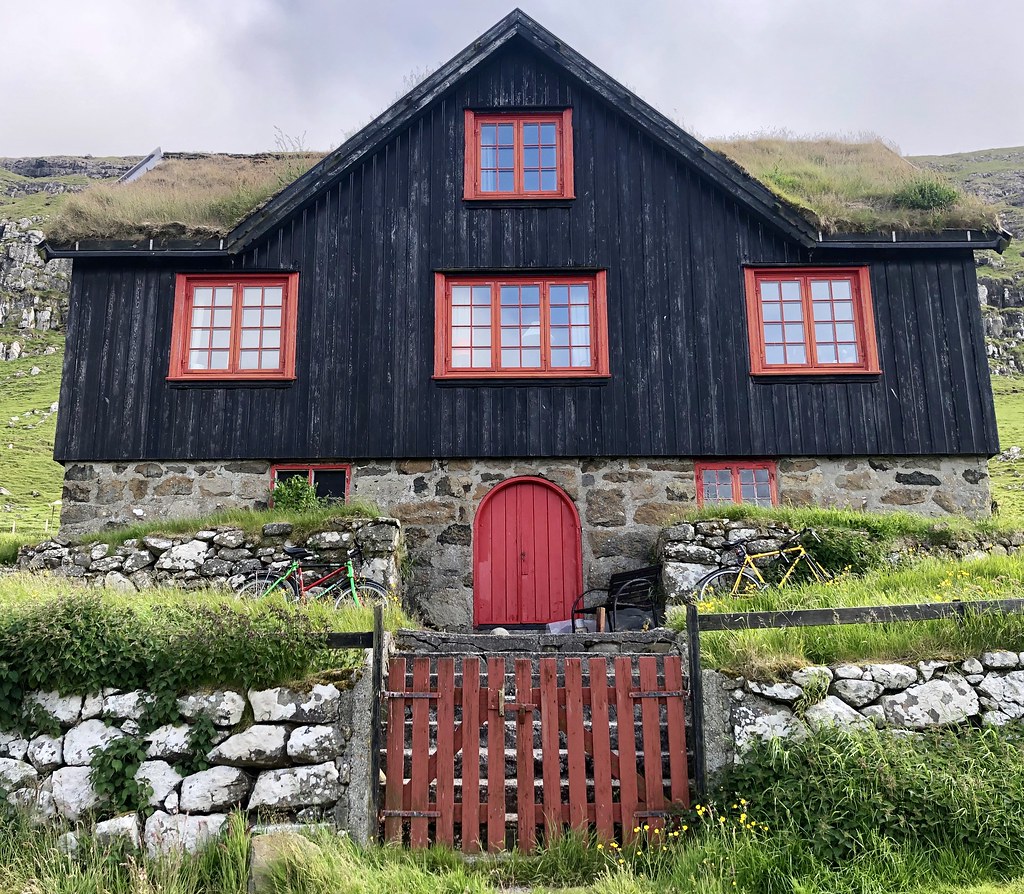 We left Tórshvn at 10am and headed to Kirkjubøur, the southernmost village on Streymoy. Besides being completely Instagrammable with its cute black-tarred-wood homes with bright orange trim, the village is considered the most historically important of the islands. 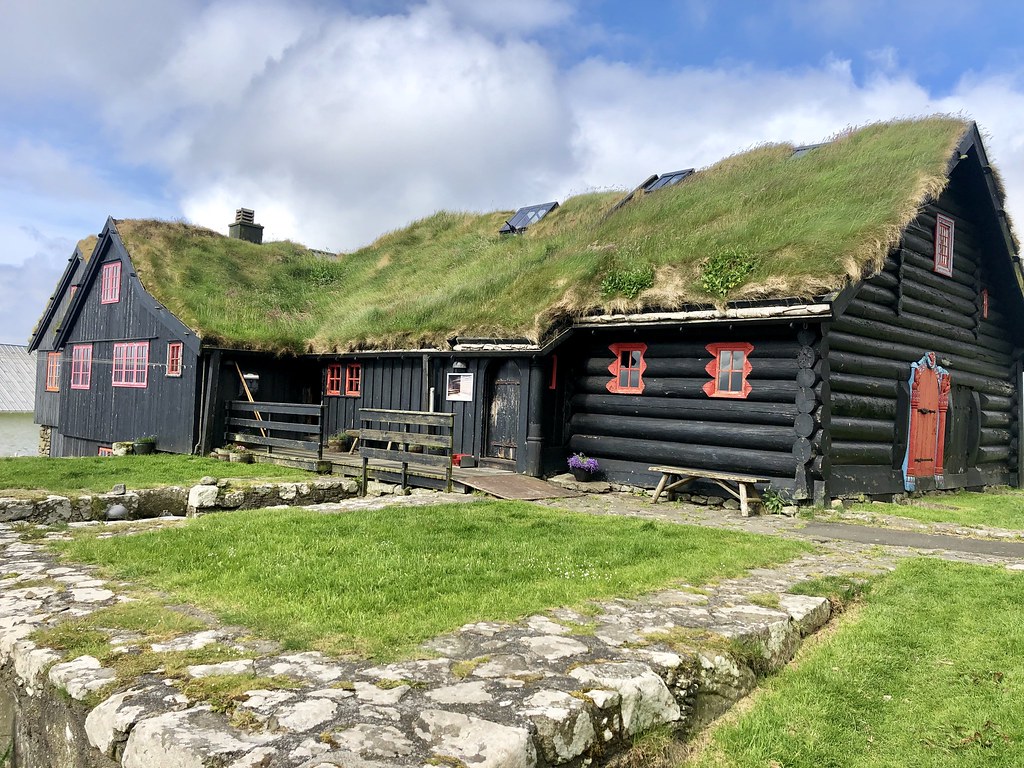 One of the oldest wooden buildings in the world, Kirkjubøargarður, is a farmhouse dating back to 1100. It is still inhabited by the 17th generation of the Patursson family (since 1550) and is still a sheep farm today! It is also a museum although it wasn't open when I was poking around. 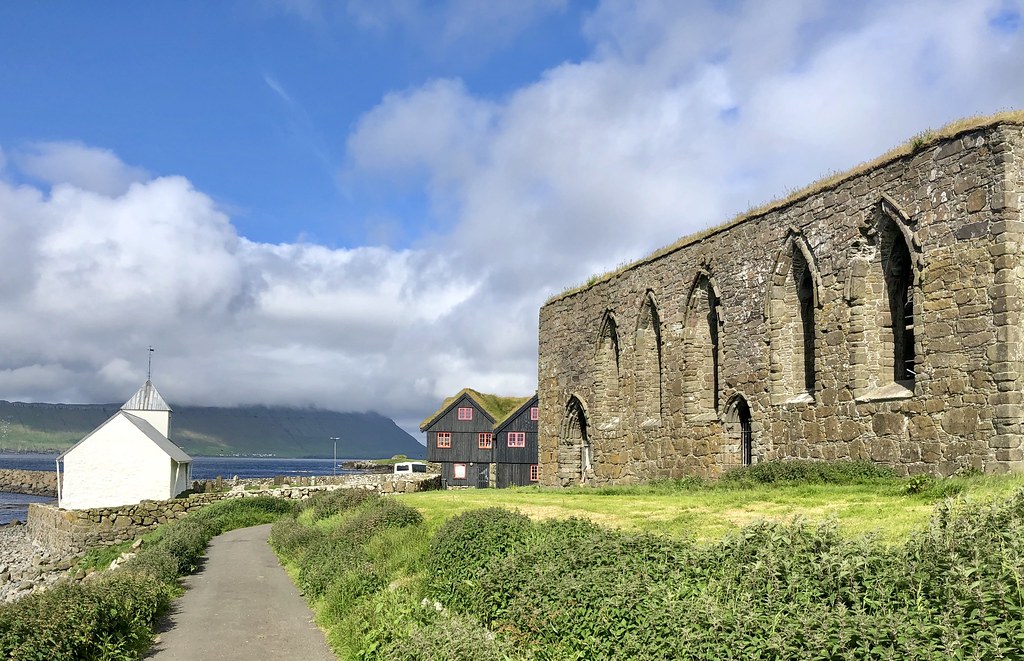 The ruins of Magnus Cathedral are just a few steps away. Originally built in 1300 it's pretty much just a shell, the roof having collapsed most likely late in the 1500s.  It's still quite a medieval sight to behold though. 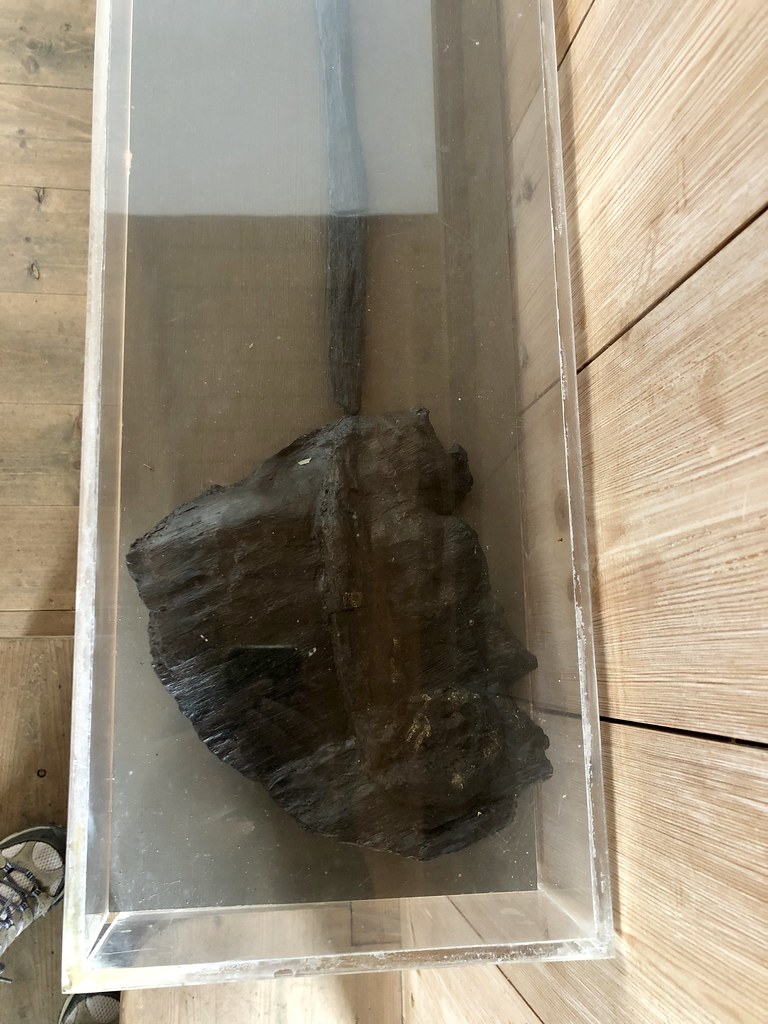 Saint Olav's Church, the small white building just to the south of the cathedral, was built in 1200 and is the oldest church in the Faroe Islands. A runestone dated from the Viking Ages is in a case near the back of the church.

Not a bad collection of stuff for a village of 75 people! 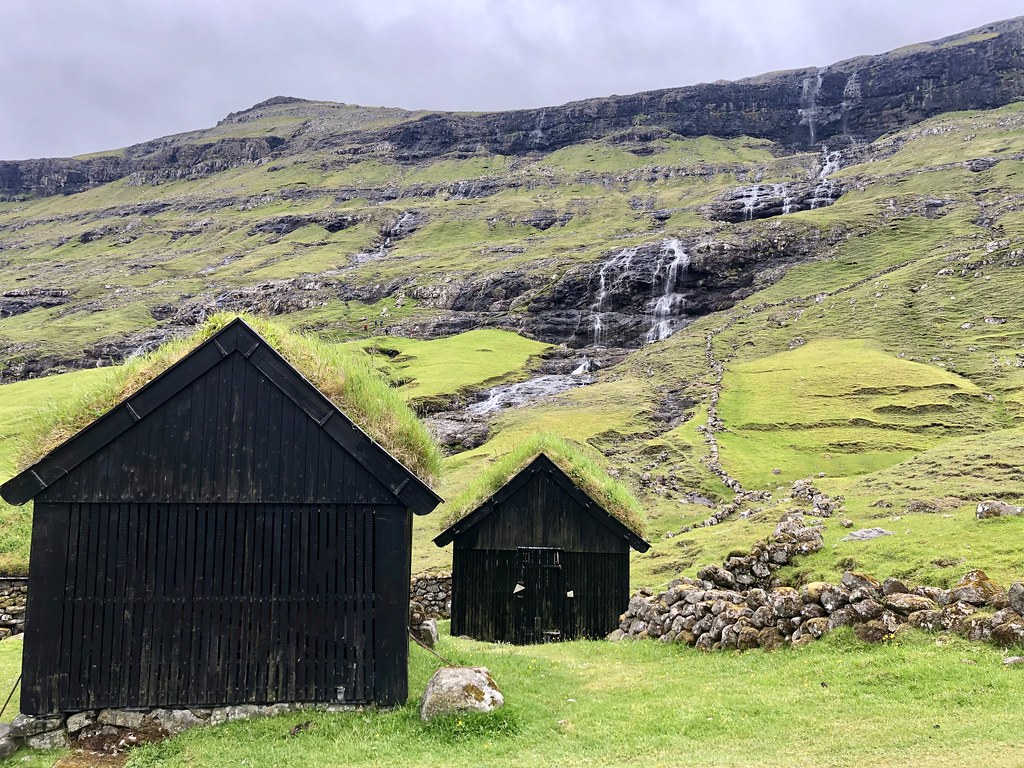 From here we drove an hour north on the island, through incredibly beautiful scenery, to the village of Saksun, population 10. Saksun has a church and a seventeenth-century farm called Dúvugarður, some of whose buildings are now a museum. 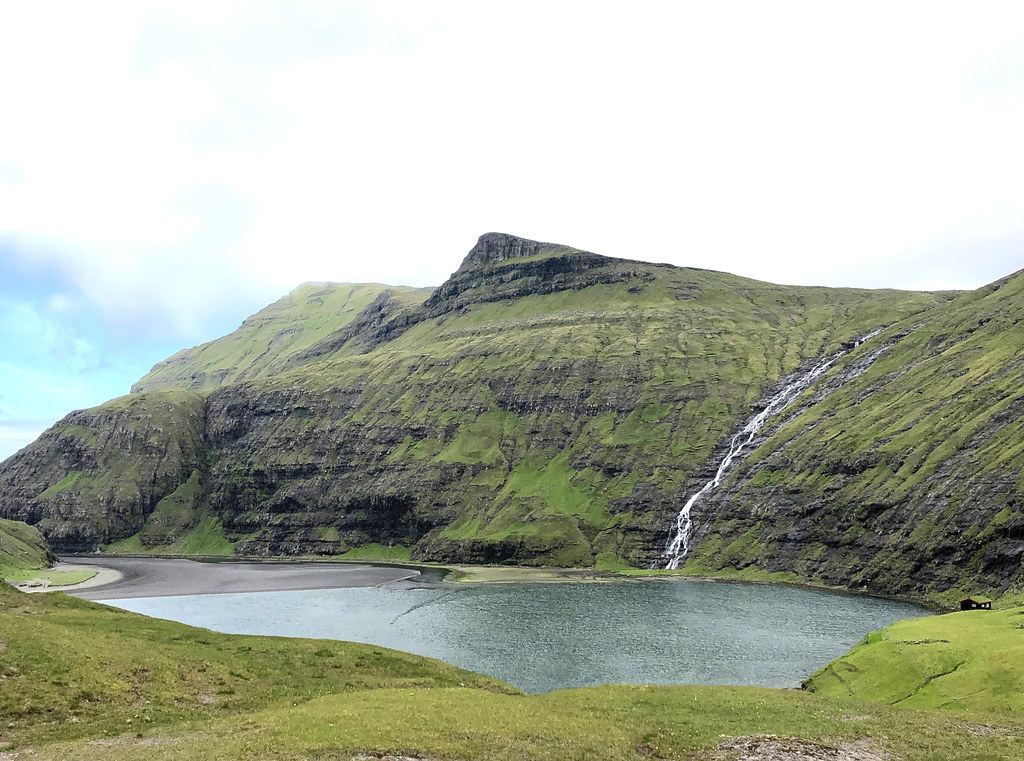 The views of the cliffs, waterfalls, and the inlet with its black sand beach are breathtaking. Sadly tourists have been hiking to the private house owned by Jóhan Jógvansson (you can barely see it in the mid right side of the photo above) and there have been some commotions! Drama on the Faroe Islands! 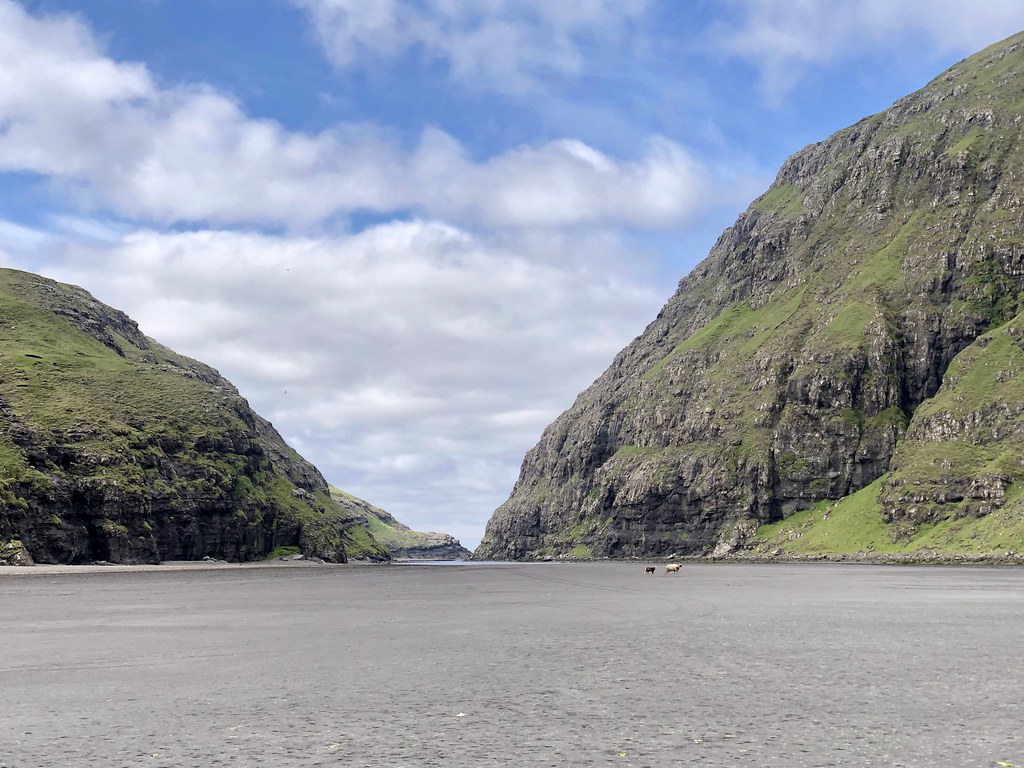 Aaron and I did an easy hike, staying on the marked trail, down to the beach. We stayed far away from the residence but did enjoy walking on the sand at low tide and even saw some sheep cross the bay. 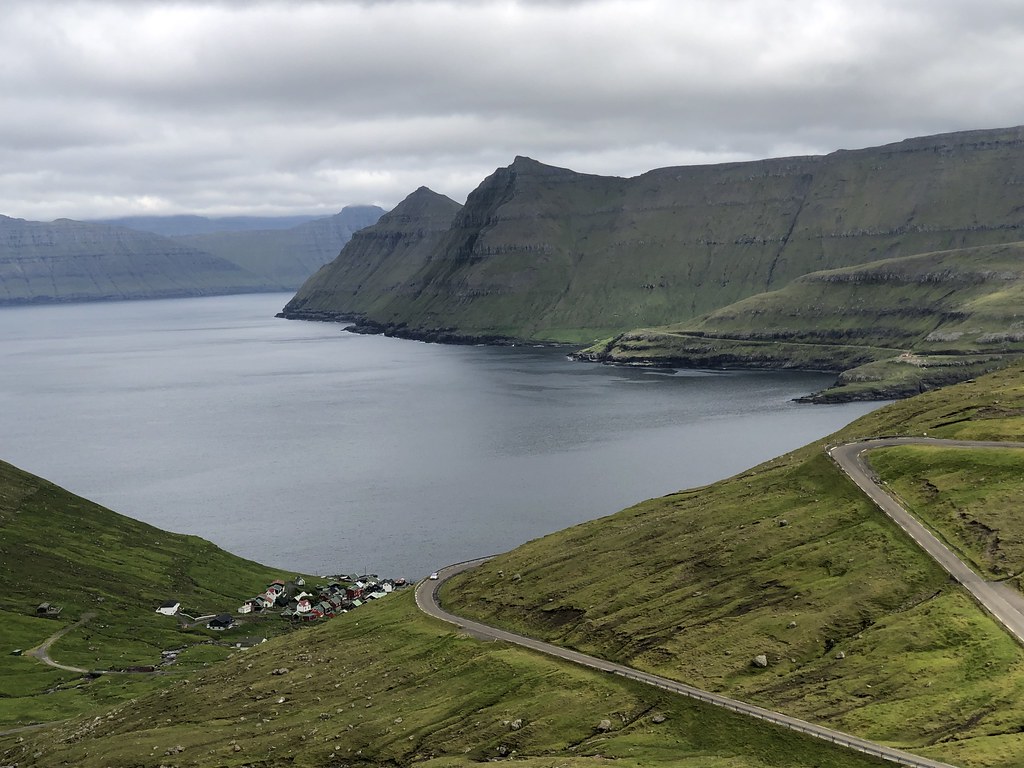 It was time for lunch, and another island! As there is only one main highway, we had to backtrack south for a bit before going over the bridge and onto Eysturoy Island. 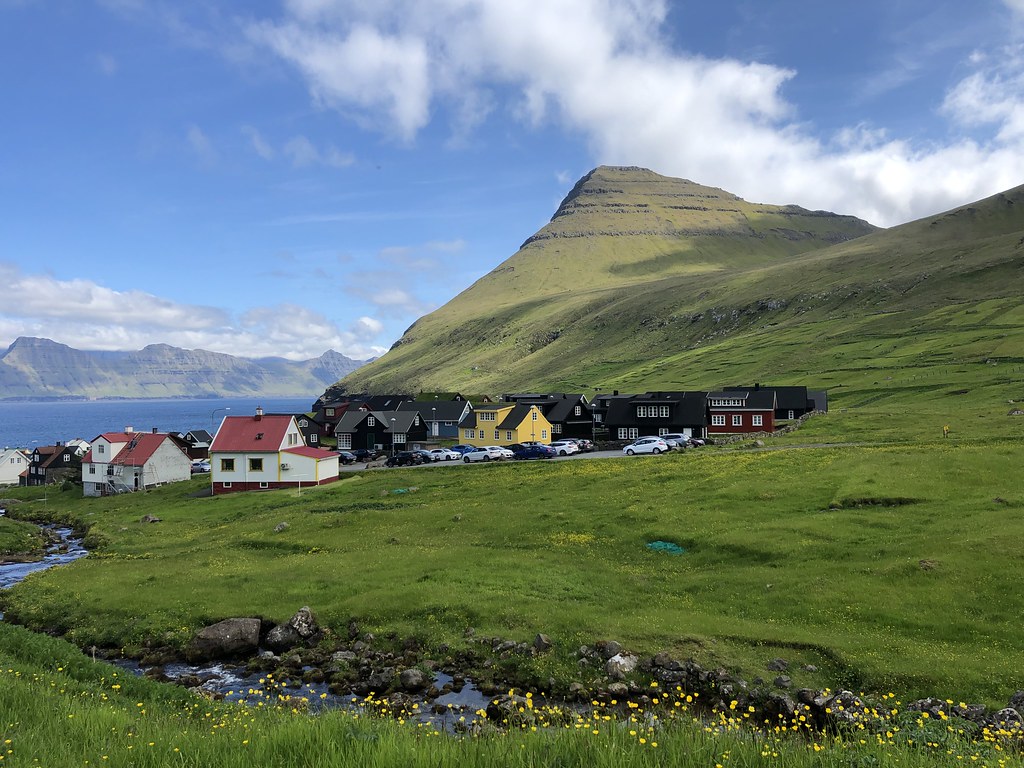 We arrived in the village of Gjogv which is at the northernmost tip, population 50. We had reservations at the Gjaargardur Guesthouse for lunch and both had a nice plate filled with delicious little bites. The restaurant wasn't busy but if it is there isn't anyplace else in town unless the food truck is open so best to call in advance. 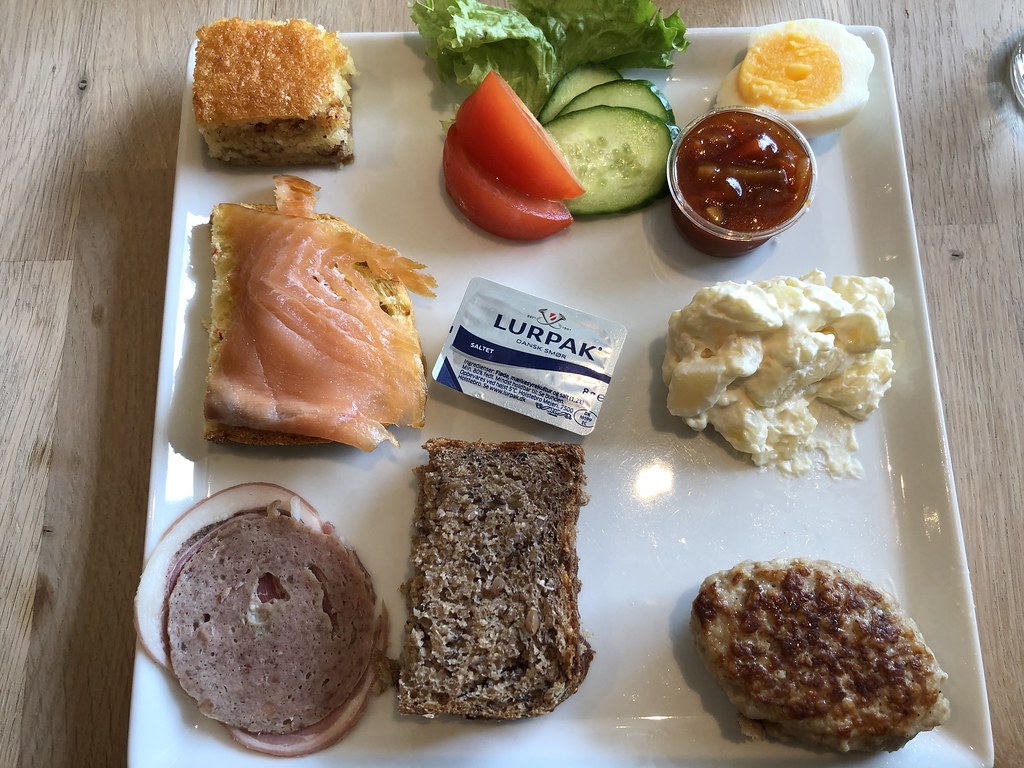 Another stunning setting, the village is right on the sea cliffs, looking out onto the Atlantic. We walked out for the dramatic views of the island of Kalsoy off in the distance. 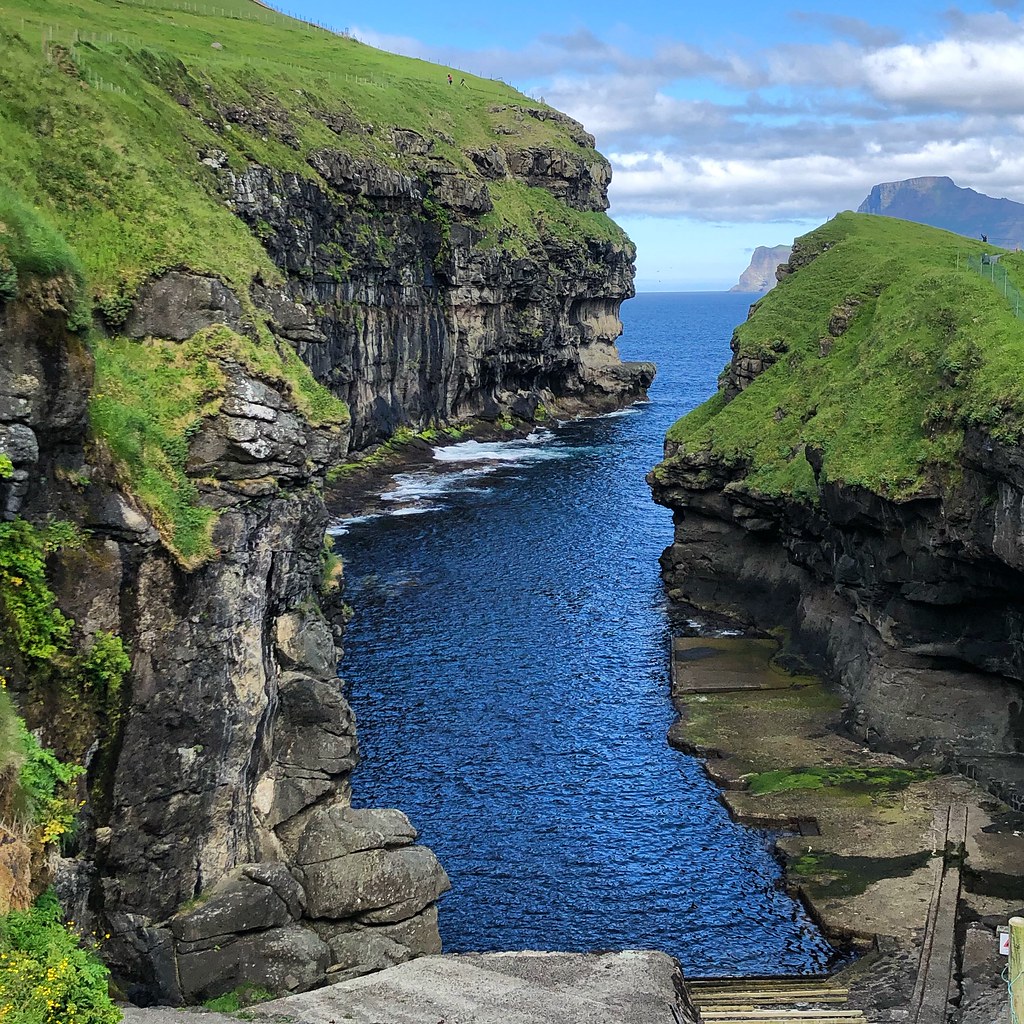 We were back on the road after this, on switchback highways that looked to go on forever, past a handful of brightly painted villages, lakes, waterfalls, and of course sheep. 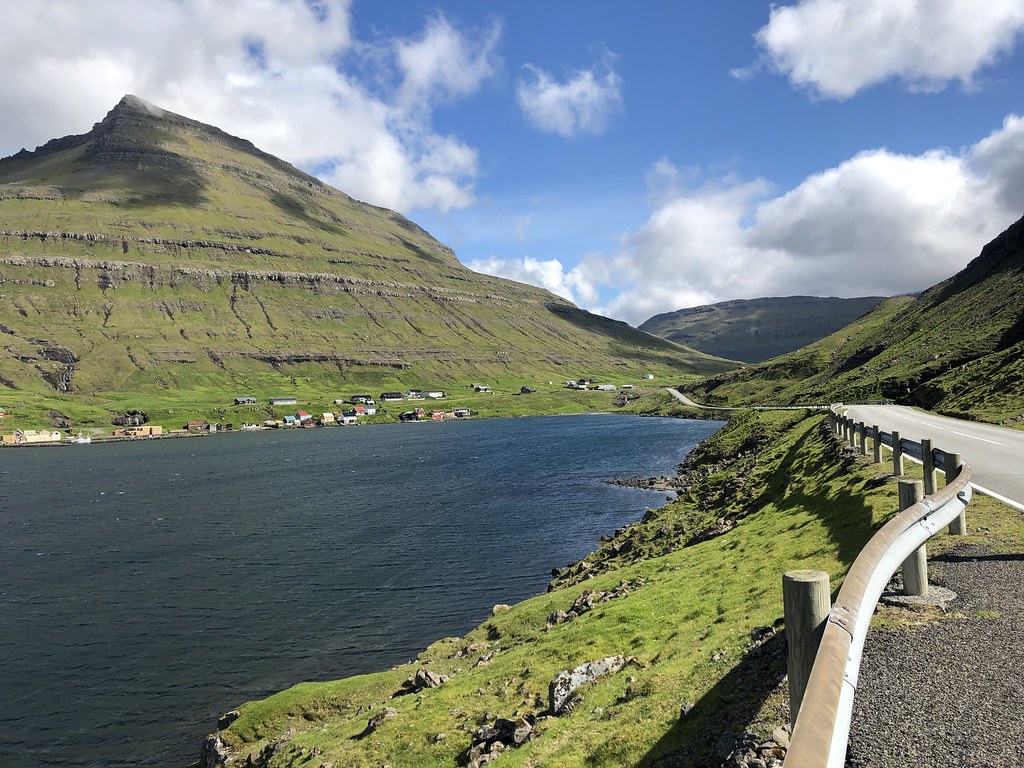 Back onto Streymoy island, this time heading to the very northernmost village of Tjørnuvik. Of all the roads we drove on, the one leading into this tiny town was the most stressful as it was very narrow with a cliff on one side and a mountain on the other. 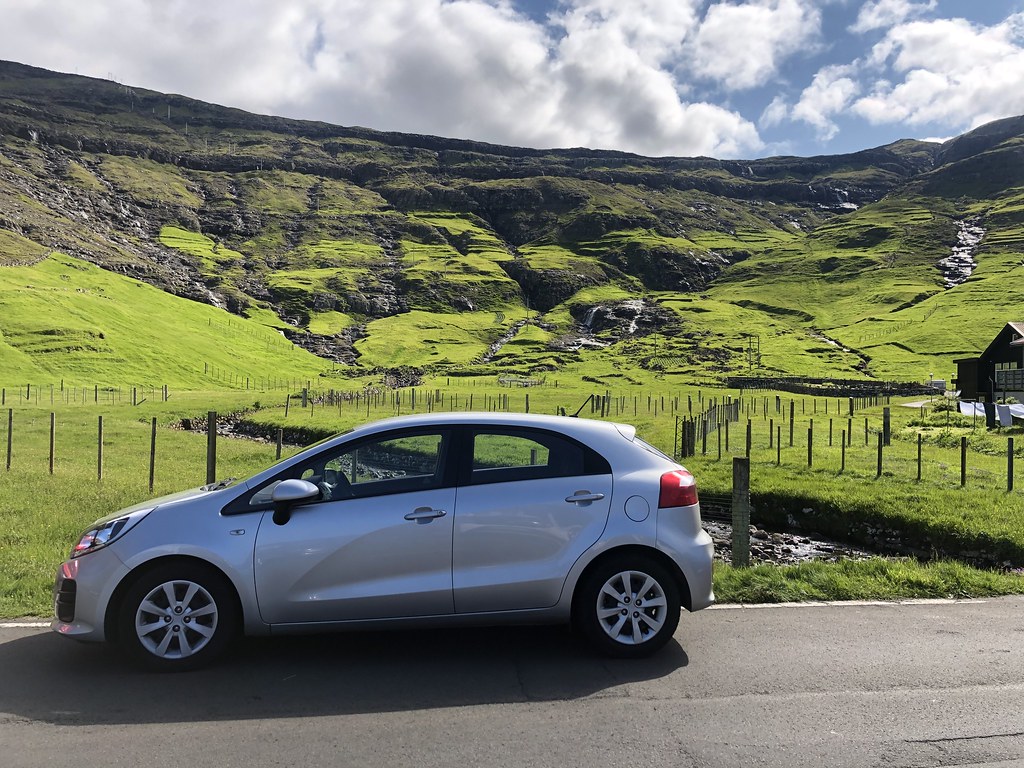 But it was worth the effort as Tjørnuvik is gorgeous! Sitting between a lush hillside covered with waterfalls and the Atlantic ocean, the town has just 70 residents and one church. Looking out from the beach you can see the rock formations called The Giant and the Witch. 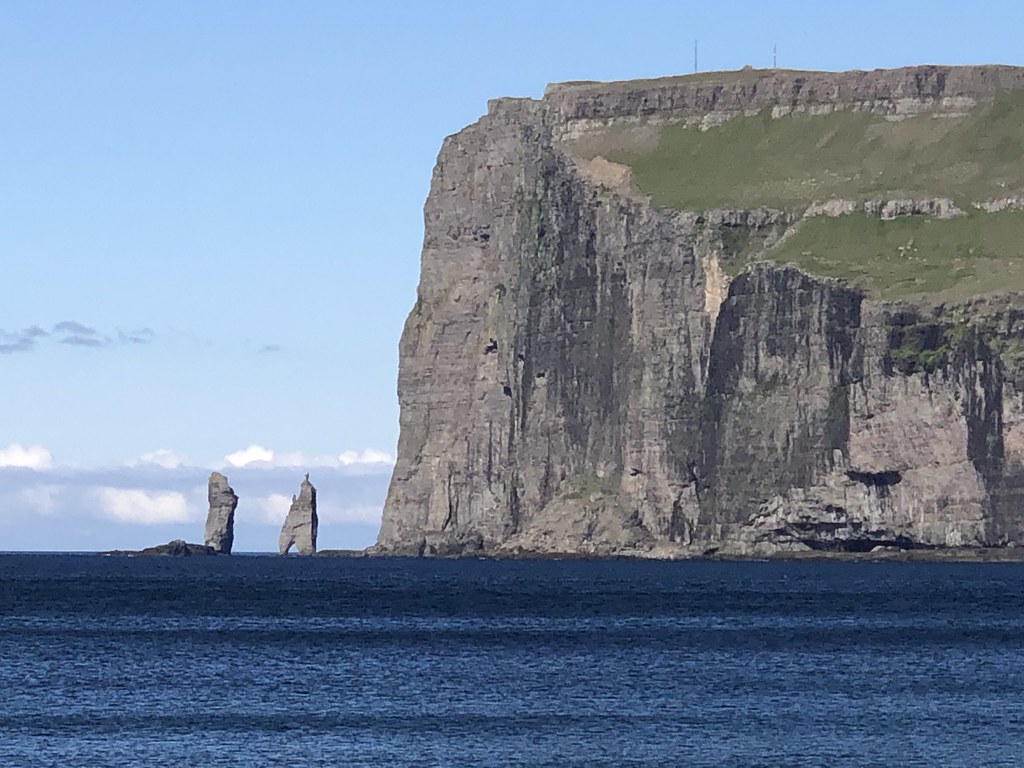 As we wandered the tiny village we came across a man making and selling waffles with rhubarb jam and whipped cream! Turns out the house he was set up in front of is also available on Airbnb! That would be a very cool experience to spend the night here. 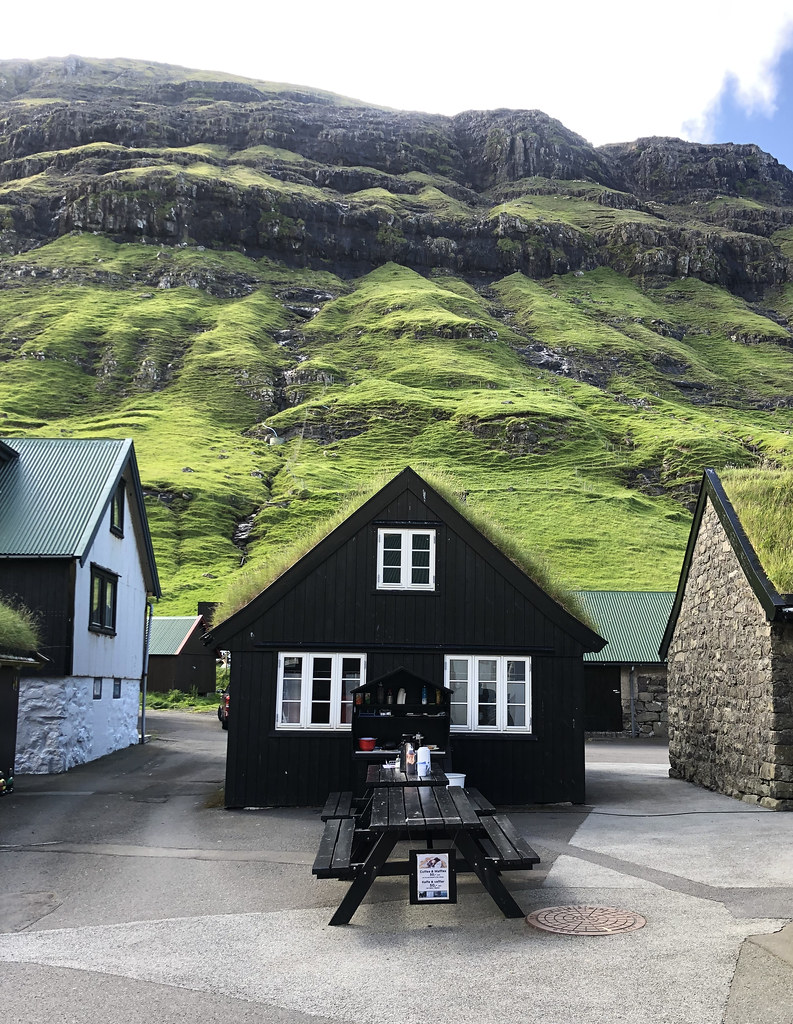 Hans Esbern Heinesen is a retired local who has lived in the village his whole life. He has become quite famous in these parts for his homemade treats. 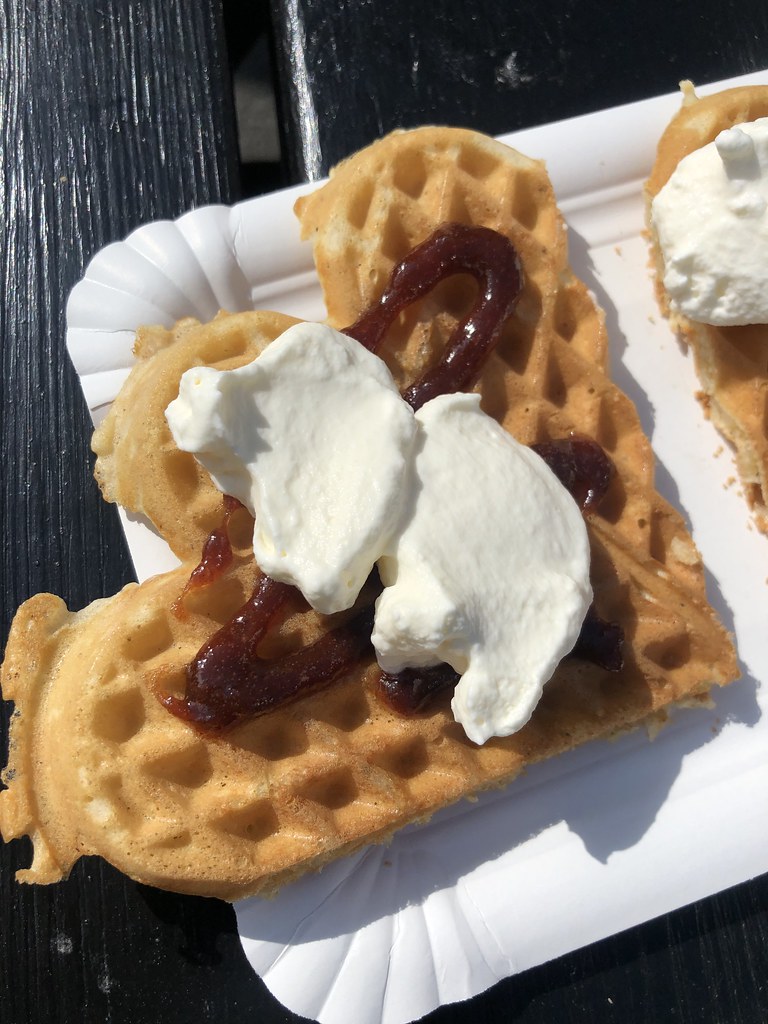 We got back to Tórshvn at 6pm; it had been a long day of driving but totally worth it. If you find yourself on the Faroe Islands I'd highly suggest taking a day or two to drive to some of these incredibly remote villages!

Just remember to have a full tank of gas (it is very far between petrol stations), be careful on one-track roads, use the turnouts on your right to let oncoming traffic pass, make sure your lights are on when going through tunnels (I'd just leave them on all the time), and be prepared for sheep to jump onto the road out of nowhere! And of course, be respectful of the residents and their private property.