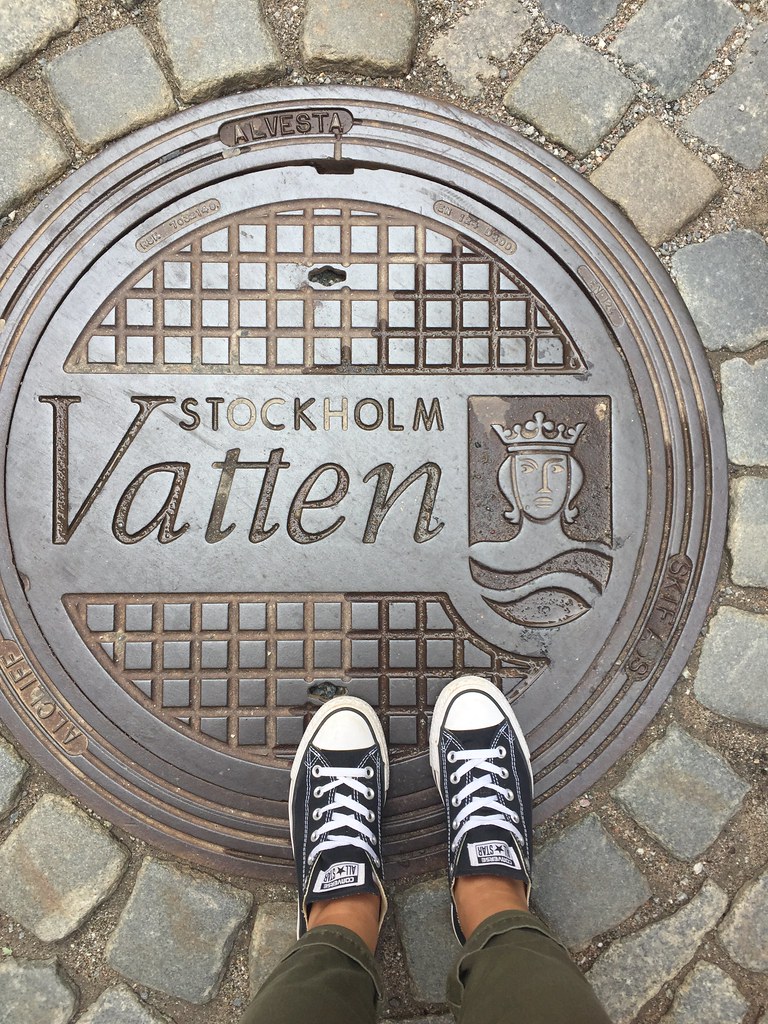 There's a lot to see in Stockholm, luckily it's very easy to get around on foot or on the subway. I did as much as possible on foot as the city to so incredibly beautiful! 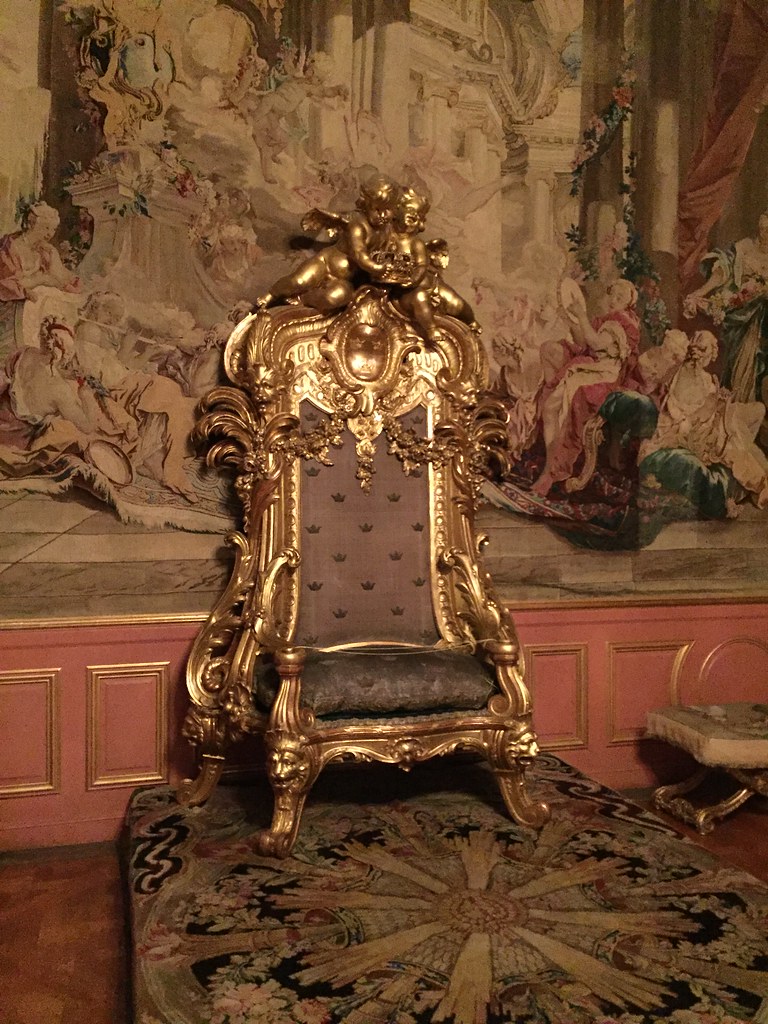 One morning, after my delicious smorgasbord breakfast, I walked to Gamla Stan where the Royal Palace is and spent a couple of hours exploring. As Kungliga Palace has been lived in by the royal family since 1754, it was really interesting to see the different styles that various rooms are decorated in. It was also funny to see carpets rolled up, just out of way of the tourists, but ready to be unrolled for ceremonies and events, as this is a working palace! 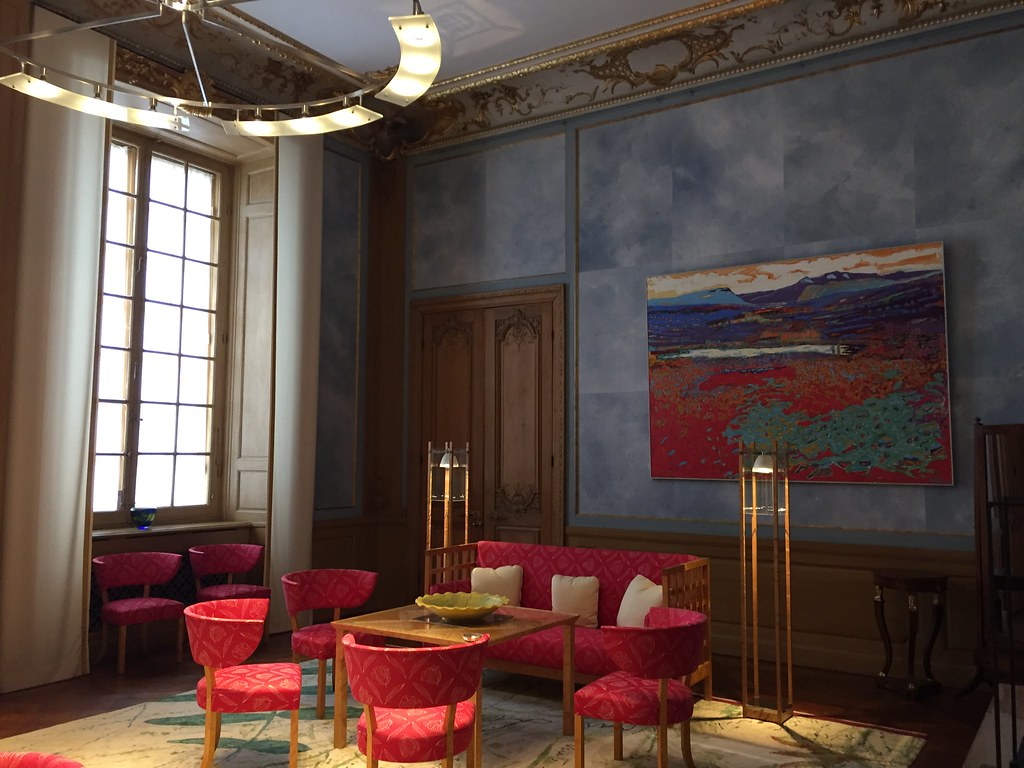 When I exited the palace, there was a large crowd gathered. They were waiting for the changing of the guard someone told me. But it was after 12:15, the published time, and it just didn't seem to me that the Swedish Armed Forces would be tardy. A little Googling revealed they were on holiday schedule for the weekend and wouldn't be back until the next week. Saved me from hanging out for nothing.

Tickets for the Palace are good for 7 days, so it's worth it to go early in your trip and then come back to visit anything you didn't have time for. 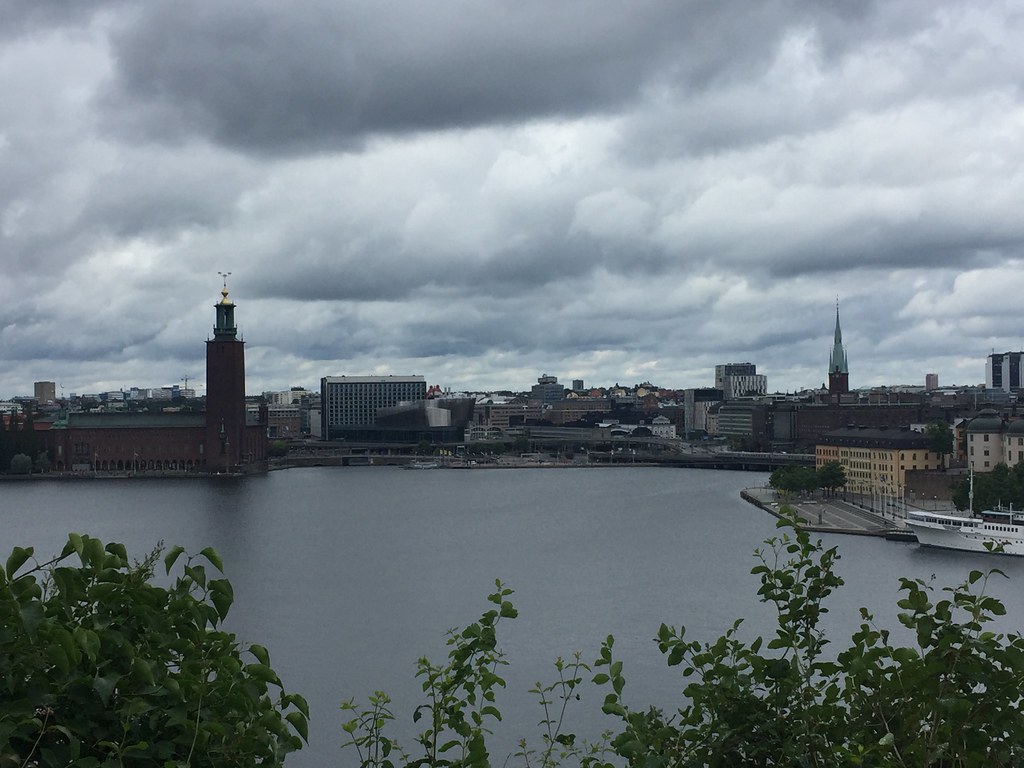 I walked over one of the bridges into the neighborhood of Södermalm, normally a very hip and happening area I'm told, but very quiet on this Midsummer weekend Saturday.  Most things were closed so I just had a little walk around before finding an open coffee shop and grabbing a sandwich. 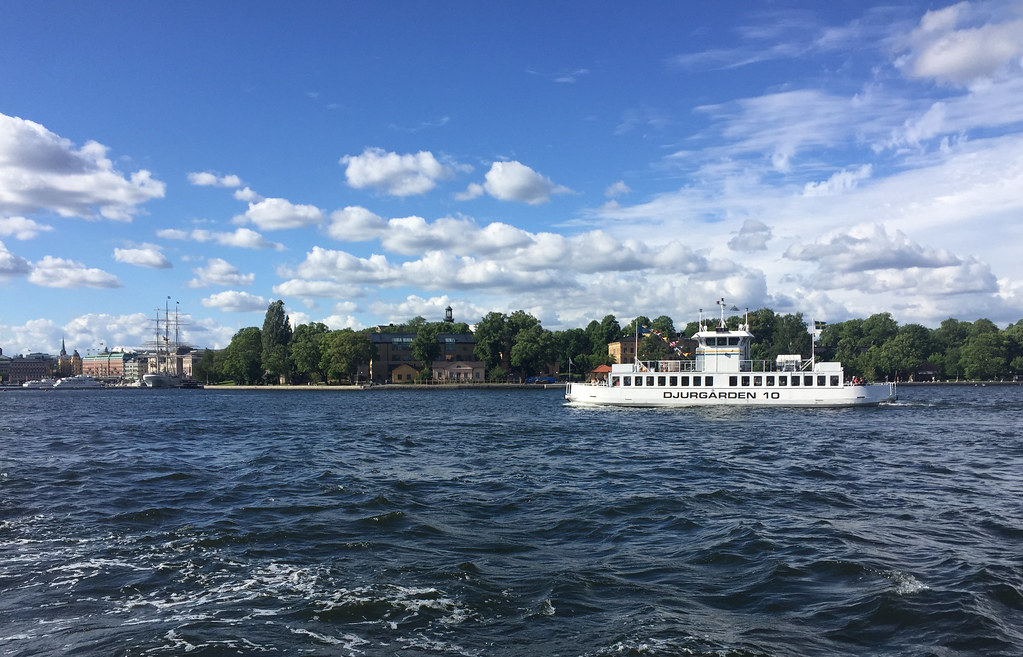 After lunch I met a friend of a friend who lives in town and he took me out on a tiny ferry to the island of Nacka. The sun had come out and it was a gorgeous afternoon, perfect for a boat ride! It was just a short 15 minute trip, with excellent views around the harbor. 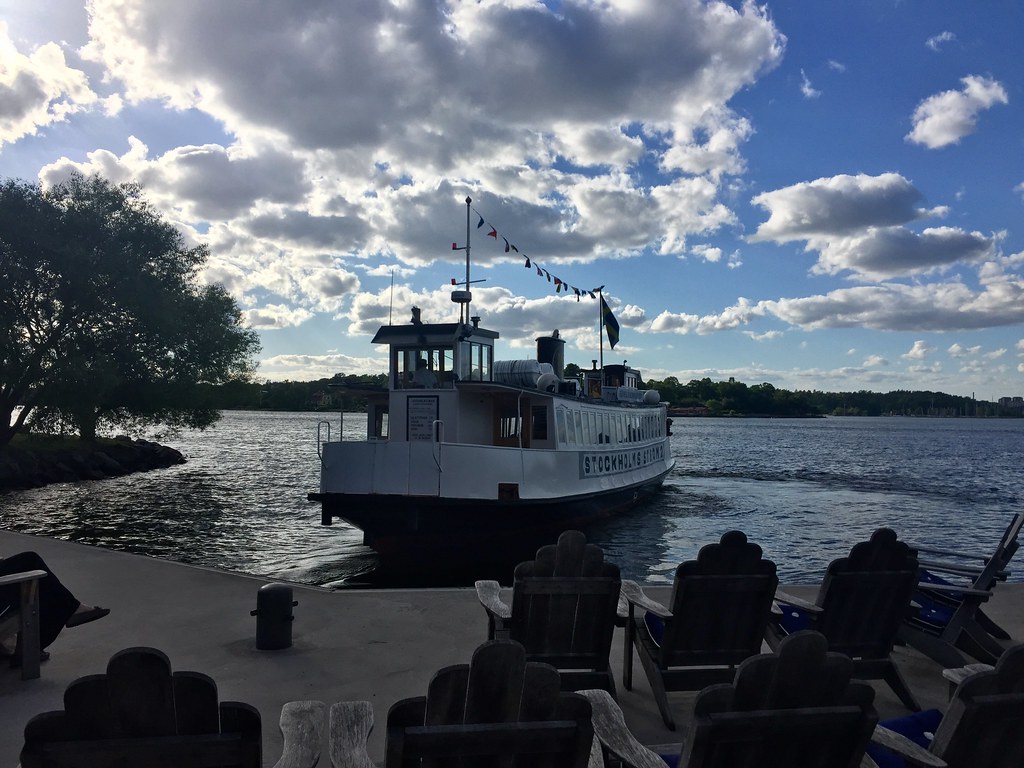 We spent the afternoon relaxing in Adirondack chairs at Restaurant J, drinking rosé, watching the boat traffic, and chatting about life in Sweden. When the sun started to dip we waved a ferry down to take us back into town!

Technically Nacka is suburb of Stockholm and is super easy to get to, but it feels a world away! If you don't have time to go out to the Archipelago, or even if you do, I'd suggest a little trip out here on a nice afternoon. 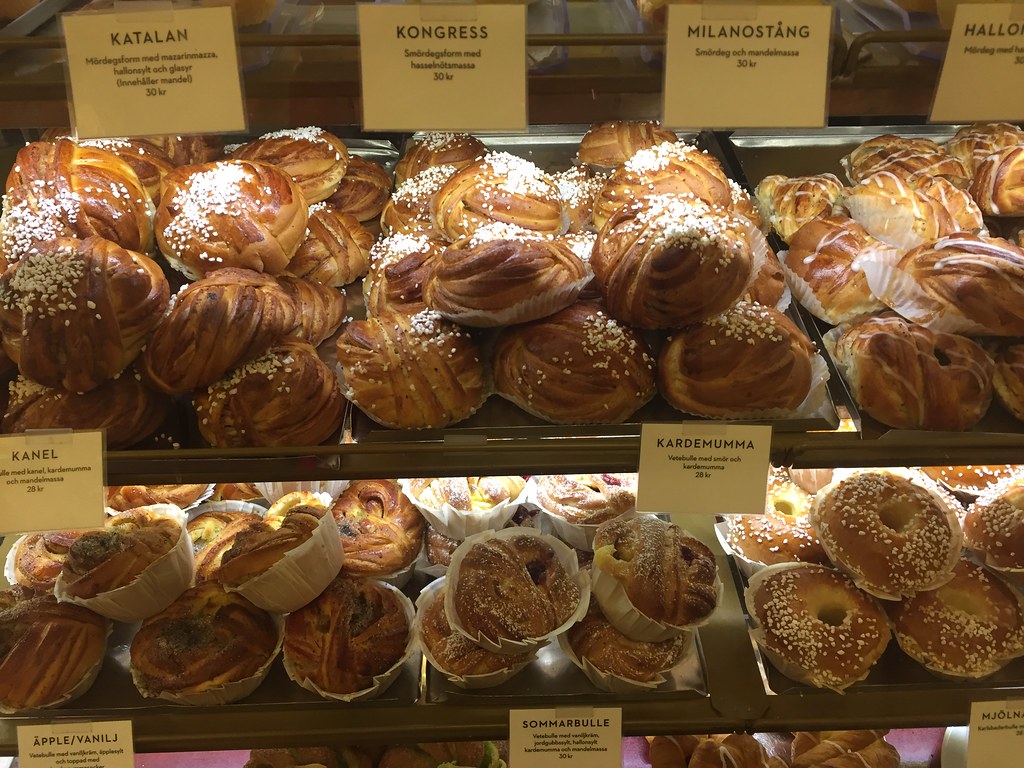 Another day I skipped my hotel breakfast and walked to the Norrmalm area for one of the city's famous cardamon buns at Vete-Katten, a 90-year old traditional coffee house and bakery. It did not disappoint, and along the way I got to see more of this gorgeous city and also ran into a big market! 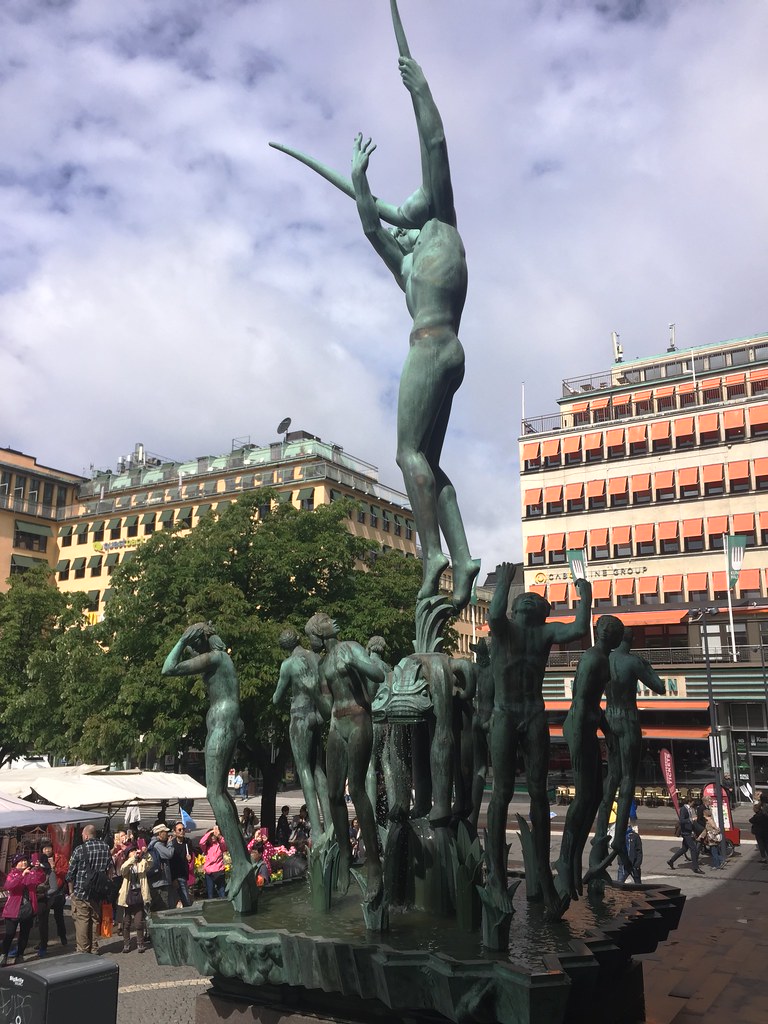 It was another gorgeously sunny day so I continued my walk towards Gamla Stan, past elegant government buildings, museums, over a little bridge, onto a tiny island that houses Parliament, and finally back into the Old Town. 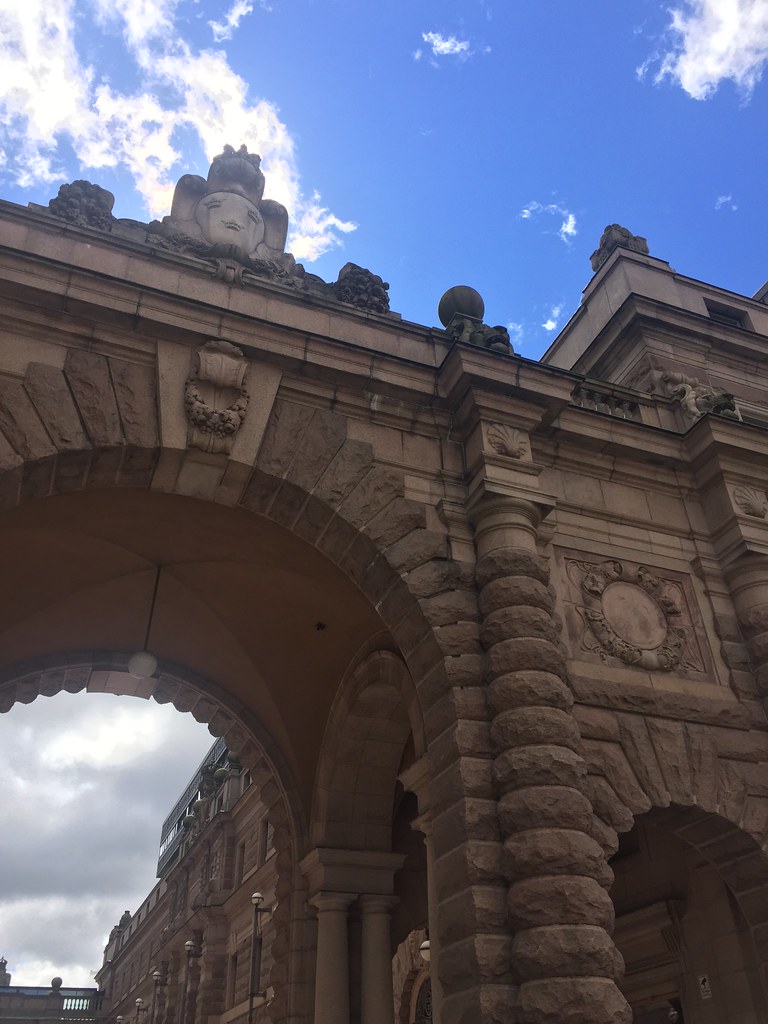 Since I now knew the schedule for the Changing of the Guard, I arrived and had an excellent viewpoint for the action. The band was great, as was all the pomp and circumstance. The best part though was running into the Royal Swedish Army Band, loading into their bus, as I was exploring some little lanes after the show! 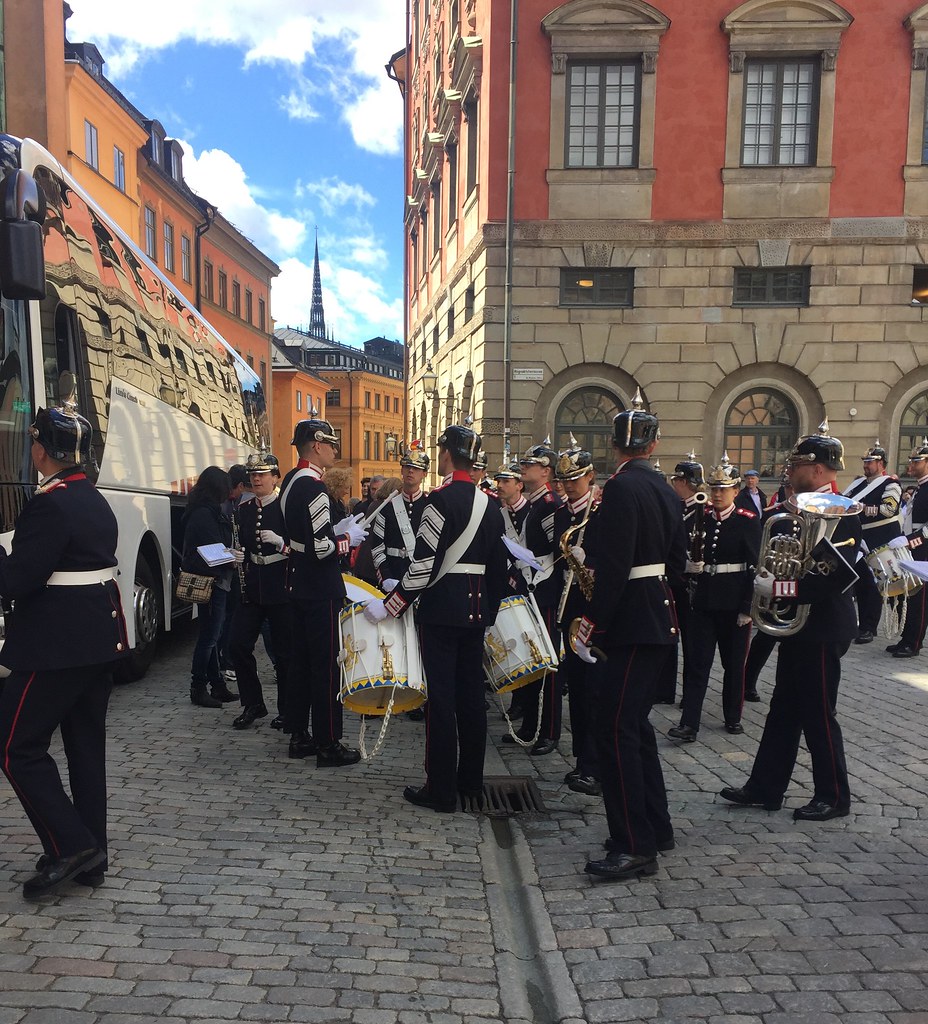 I wandered, continuing around the tiny cobblestoned streets of Gamla Stan. Past little cafés, shops, squares... It's truly charming. 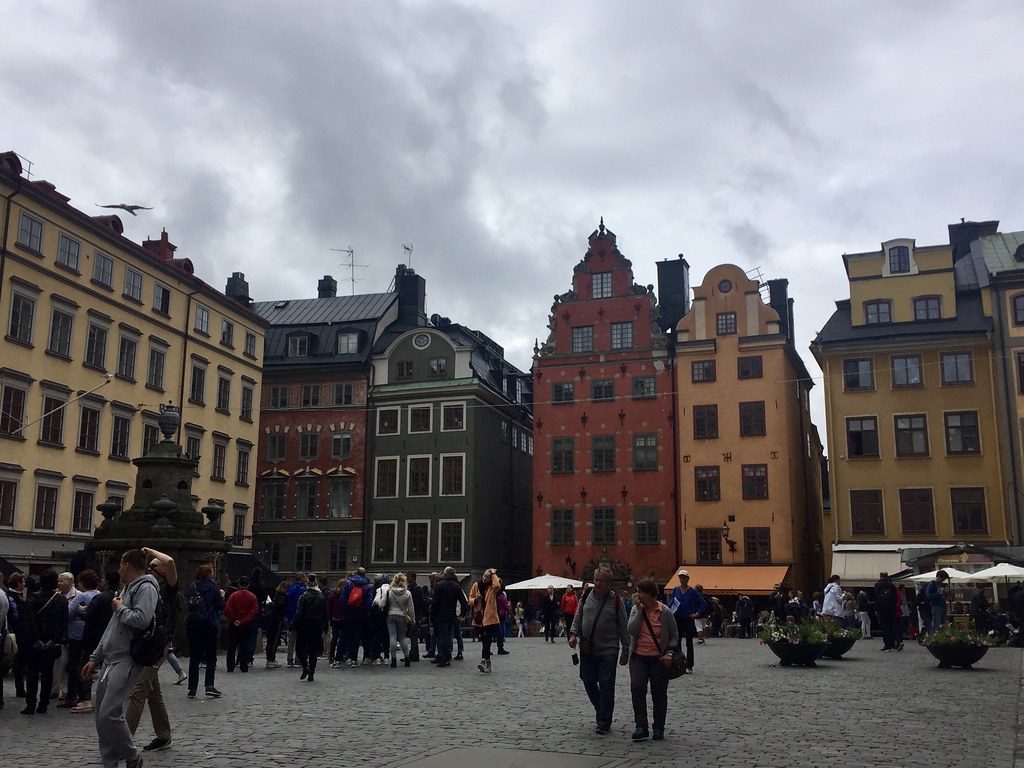 I made my way down to the waterfront, where old docked boats are now floating hotels, returning to the cathedral, which dates back to 1306. 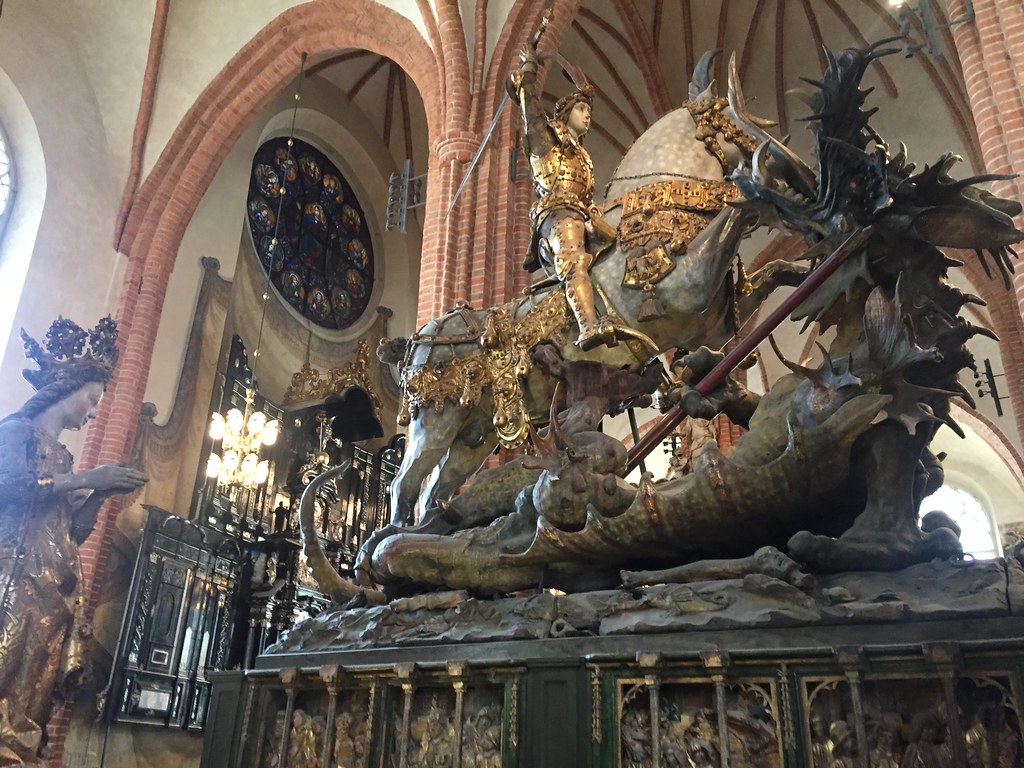 It was lunch time and I was hungry, so I jumped on the subway and headed out to the Teatern Food Hall. My destination was Korvkiosk, chef Magnus Nilsson's, of the famed Faviken restaurant, hot dog stand. Only a Michelin starred chef would decide to also open a hot dog stand in a food court, right? 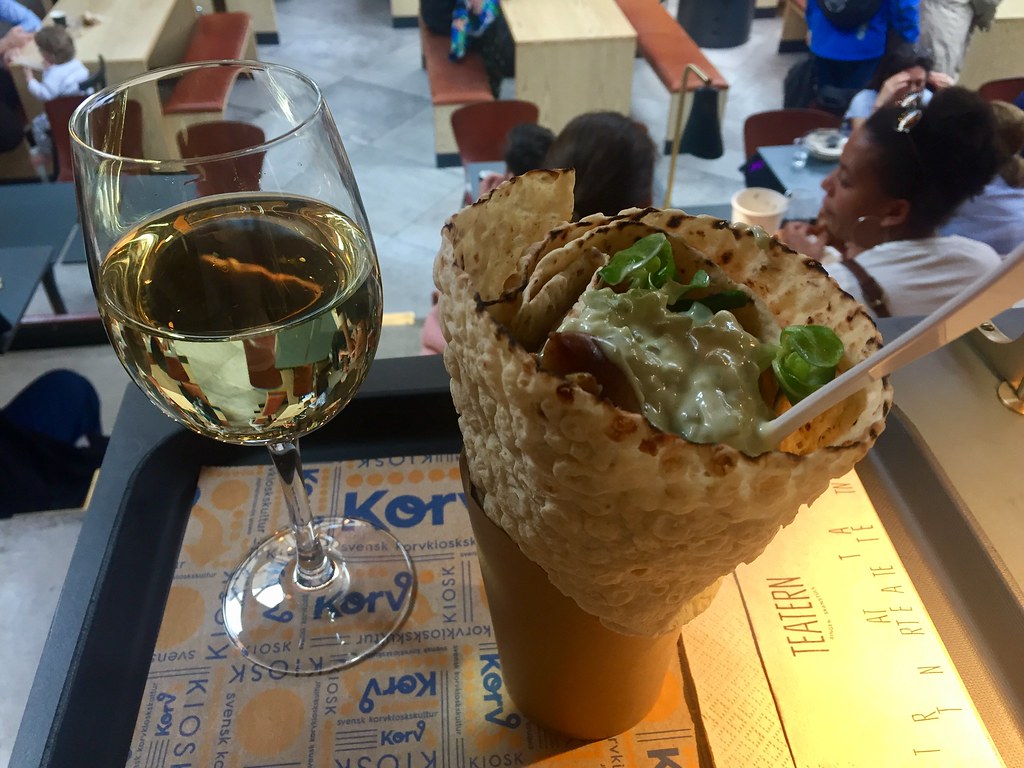 My dog was a traditional thin and snappy Scandinavian style hot dog. Not so traditional was the flatbread it came in, filled with pickled vegetables, salad, and a green goddess type sauce. It was totally unique, and quite good. The food hall itself is also quite unique as it is built in the round with riser seating, so that you are looking down like in a theater. And the food offerings from the other stands are super upscale and interesting too (although Korv has closed since last year).

I jumped back on the subway and got off at Djurgärden, where the Vasa Museum is located. 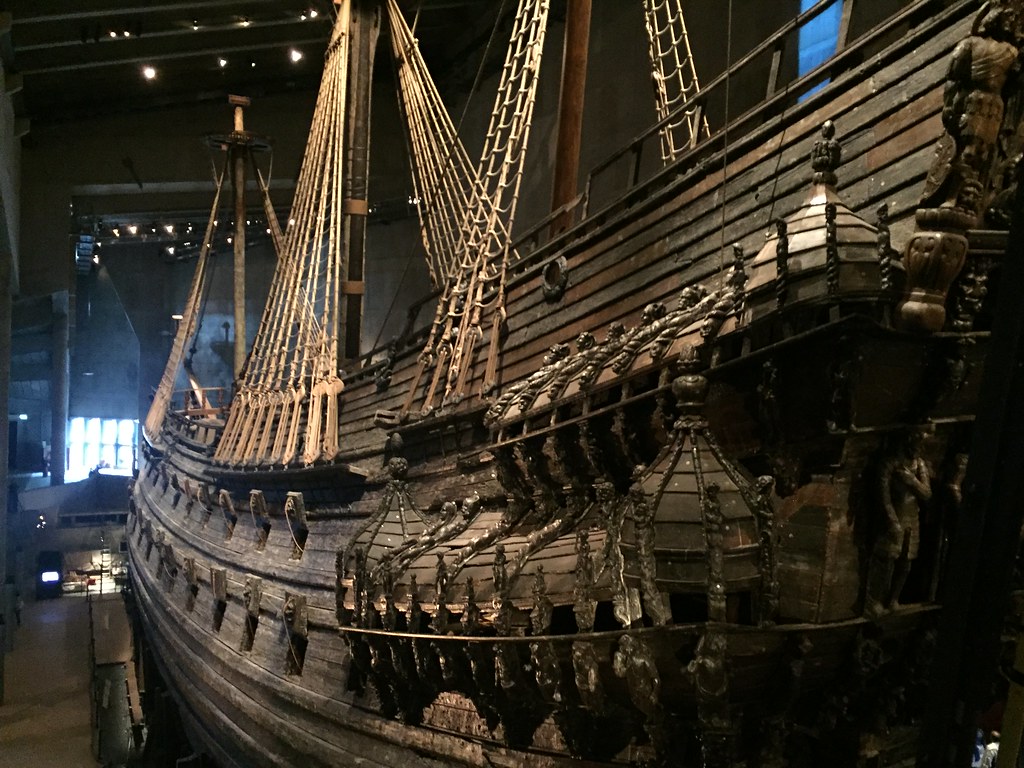 The entire museum is dedicated to the ship, which sunk in Stockholm's harbor and sat for 300+ years. The story isn't about the sinking of the ship (however they do explain all that) but about the preservation that occurred naturally in the cold waters, and the amazing effort made to find the ship and raise it whole! 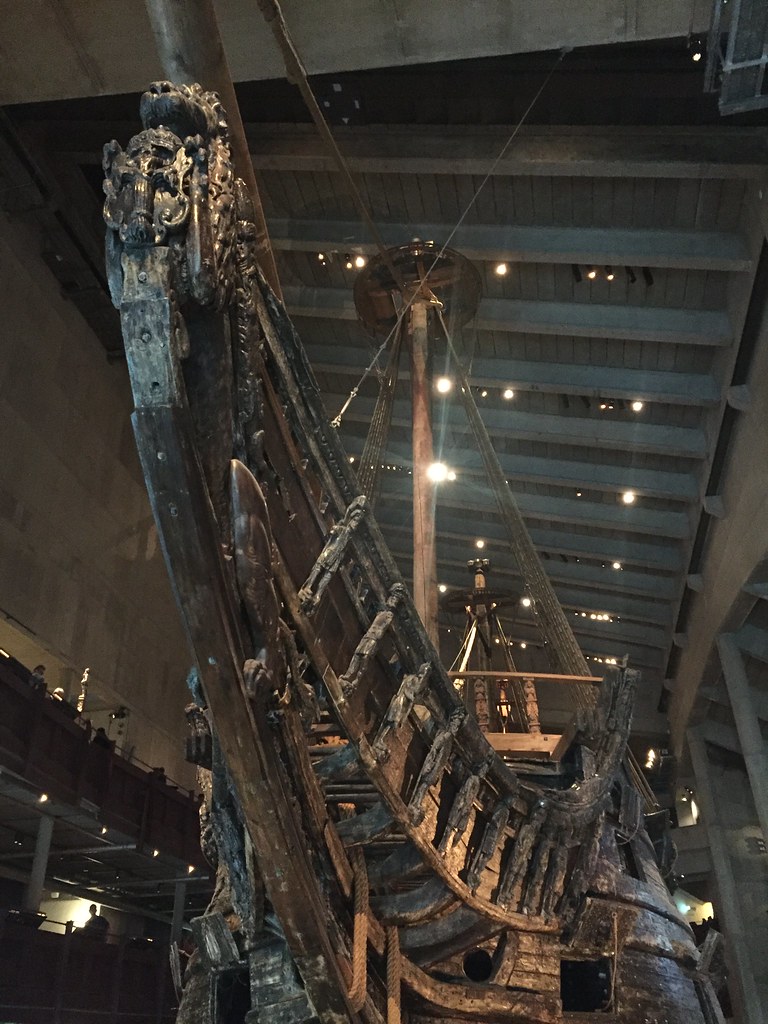 I started with the 20 minute film that was a fantastic introduction to the Vasa and it's history. Then I joined a free 1-hour guided tour. We circled the huge ship, which the museum has been built around, as well as viewed it from different levels. We could also see the team of specialists who have been working since 2003 to research and catalog everything that was found onboard. The entire thing is truly fascinating! 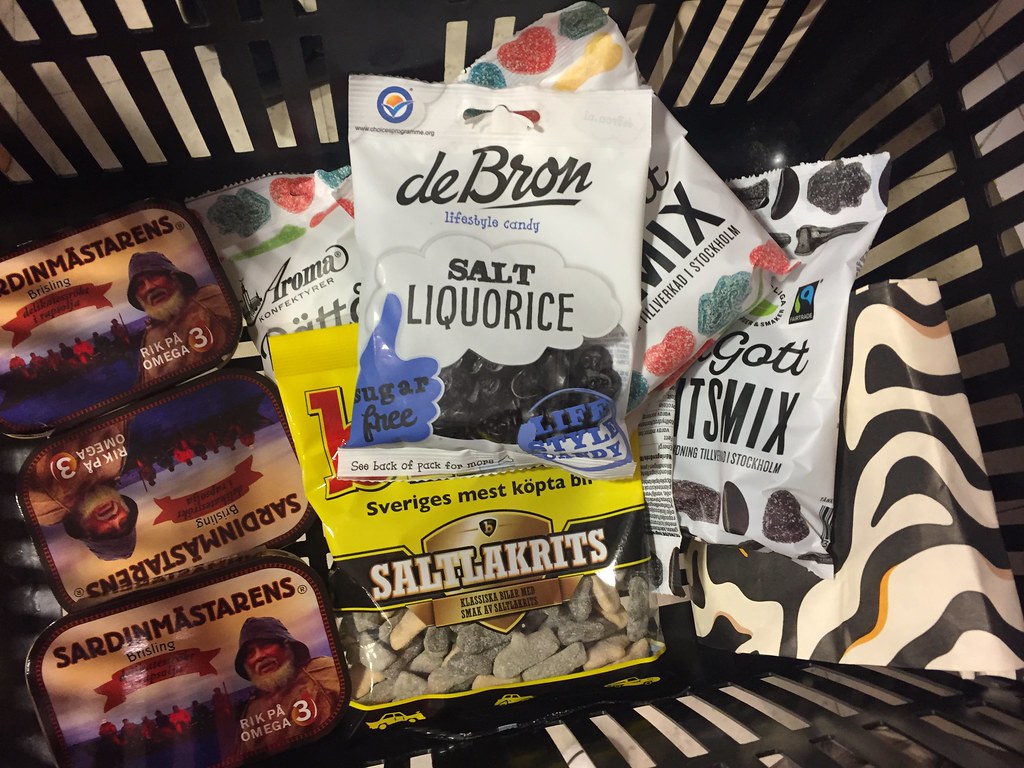 Making my way back to the waterfront,  I stopped for a much needed Aperol Spritz at one of the dock bars, before heading to the grocery to stock up on licorice and sardines. The licorice in Sweden (as in Denmark) is ridiculously delicious!

The night before I had had a very traditional dinner of meatballs at Sture Hof, which once I was seated I realized I had eaten here on my first very brief trip to Stockholm! But that time when I ordered the meatballs they replied that they were OUT! So this time I was quite happy to dine on Swedish meatballs with cream sauce, lingonberry preserve, and silky mashed potatoes. This came with bread and butter which had caviar in it! And I had a lovely Swedish gin martin. 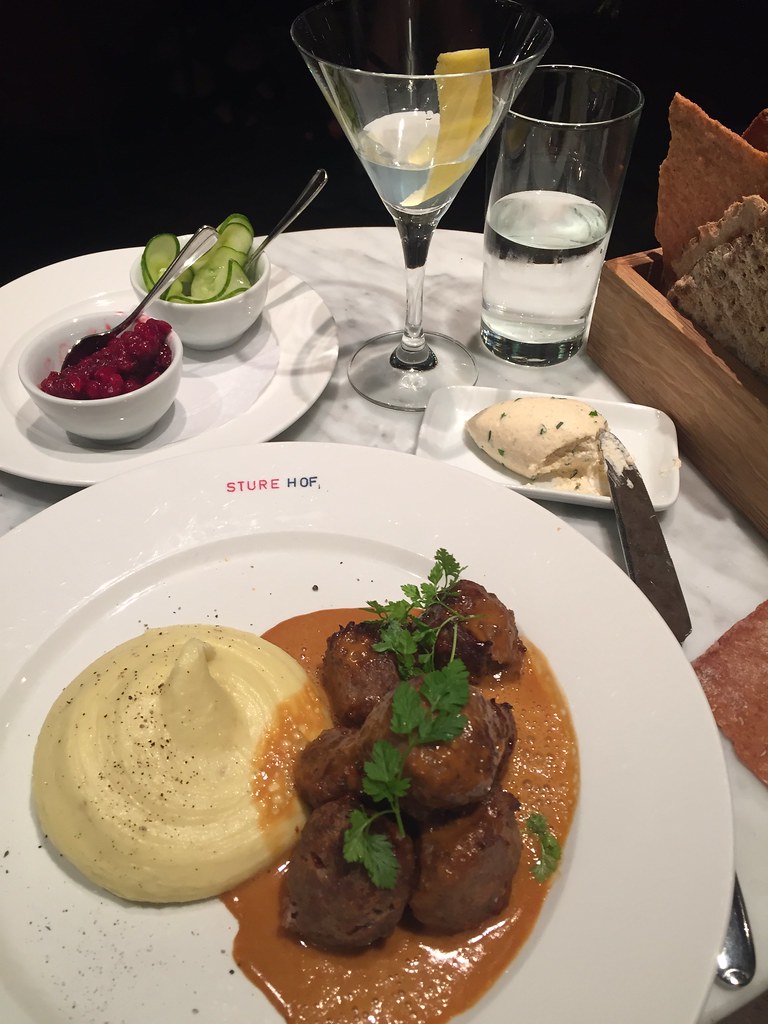 So on my last night in town I decided on more contemporary fare. I started with cocktails at the lovely bar Linje Tio located in the Hornstull area. They had a great selection of liquors, and a really good cocktail menu. I'd absolutely recommend this spot! 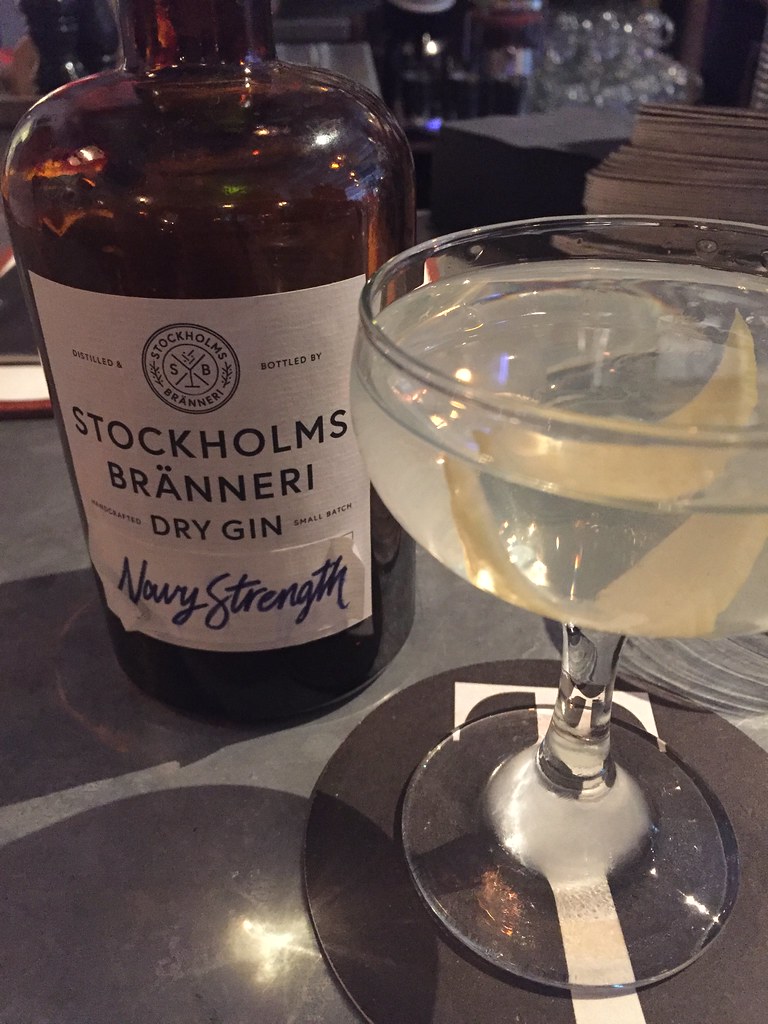 I then had an excellent dinner at The Flying Elk, a hip gastropub serving beautiful dishes, like this herring, egg, and onion dish served with new potatoes in dill and a beurre noisette. Stellar!!! 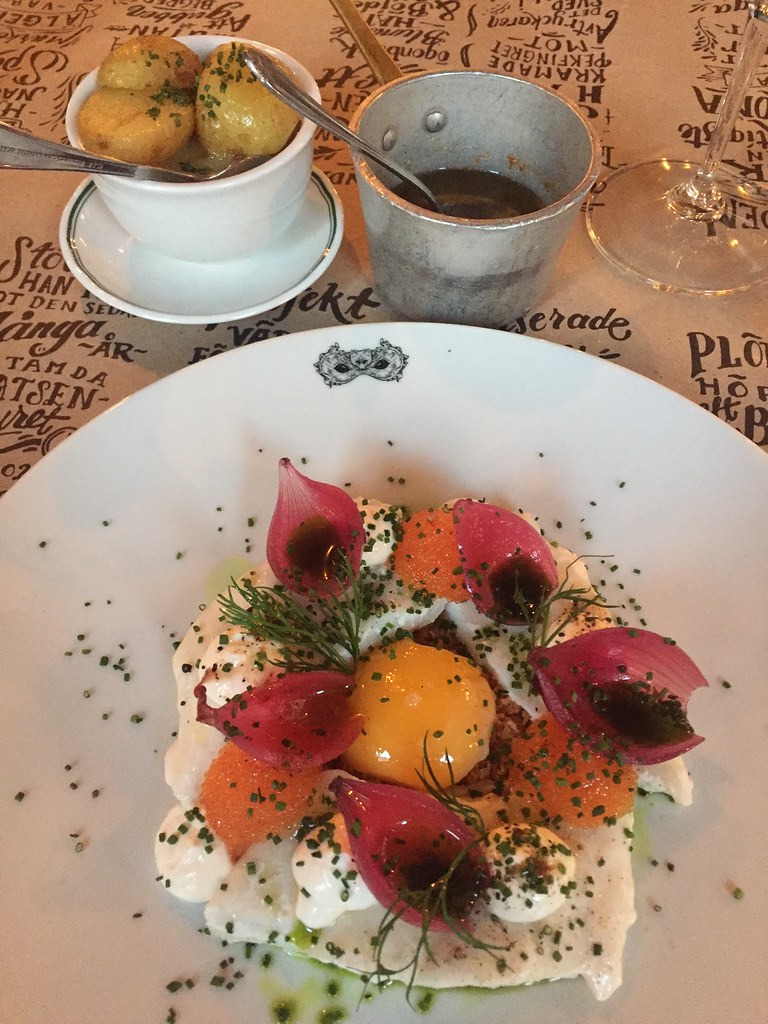 When I headed back to my hotel, it was another beautiful evening with light skies all night! 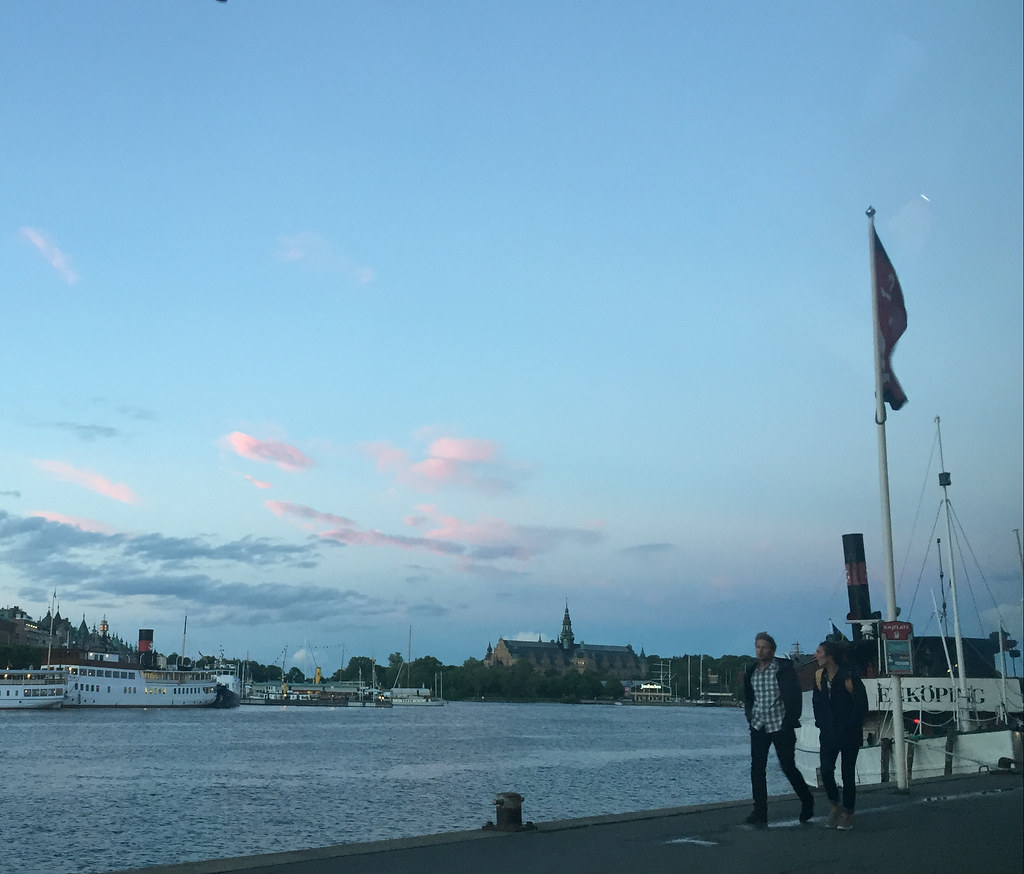 The next morning after breakfast, I went to the liquor store and bought a few of the fantastic Swedish gins I had tasted over the last days, before packing everything up. The liquor stores in Sweden are government run and only open on certain days so it's best to check the schedule in advance if you want to do any shopping.

I grabbed an Uber to the train station where the Arlanda Express has it's own entrance and super easy access to the tracks.

In 20 minutes I was at the airport and checking in for my flight to Iceland.  And shortly after that I had a lovely last lunch of skagen (shrimp salad) and a glass of wine at Pontus in the Air. 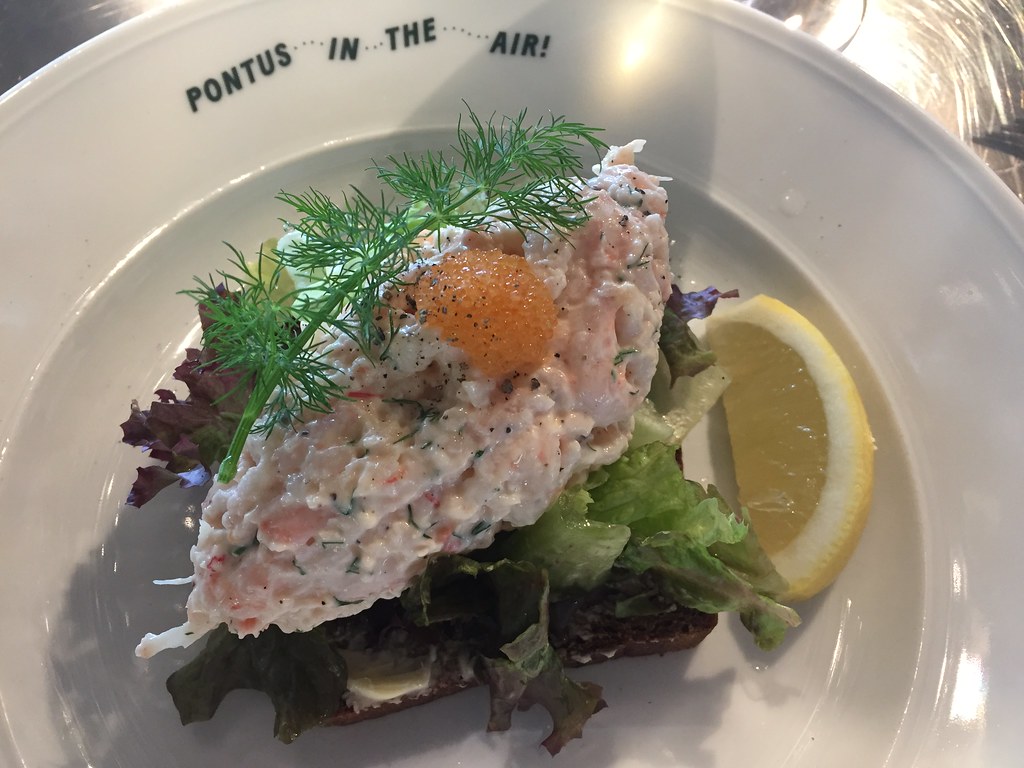 Stockholm was absolutely amazing! The shear beauty of the city, the islands, the amazing museums, restaurants, bars. Truly a city that has it all! I can't wait to go back and also explore more of the country. I got some good tips for next time from the locals!

Other posts from this trip:
The Longest Day
My Midsummer Dream
30,000 Islands & Counting
Iceland Stopover