By the time we flew from Paris CdG, with a quick plane change in Latvia, it was midnight when we landed in Vilnius the capital of Lithuania; my 40th country. 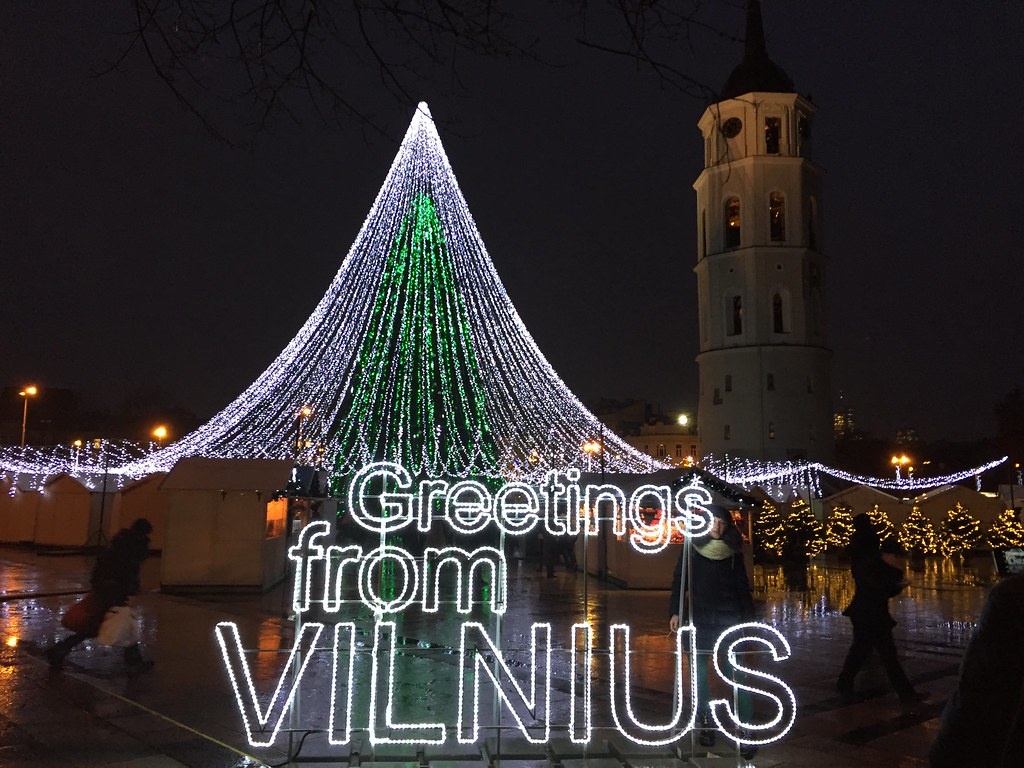 Luckily our Airbnb owner had offered to pick us up at the airport so we didn't have to deal with finding the apartment in the middle of the night. Also luckily he carried my suitcase up the five flights of stairs; we had all forgotten this place didn't have a lift. Being at the top of the hill, it did have great views of the newer part of the city however! 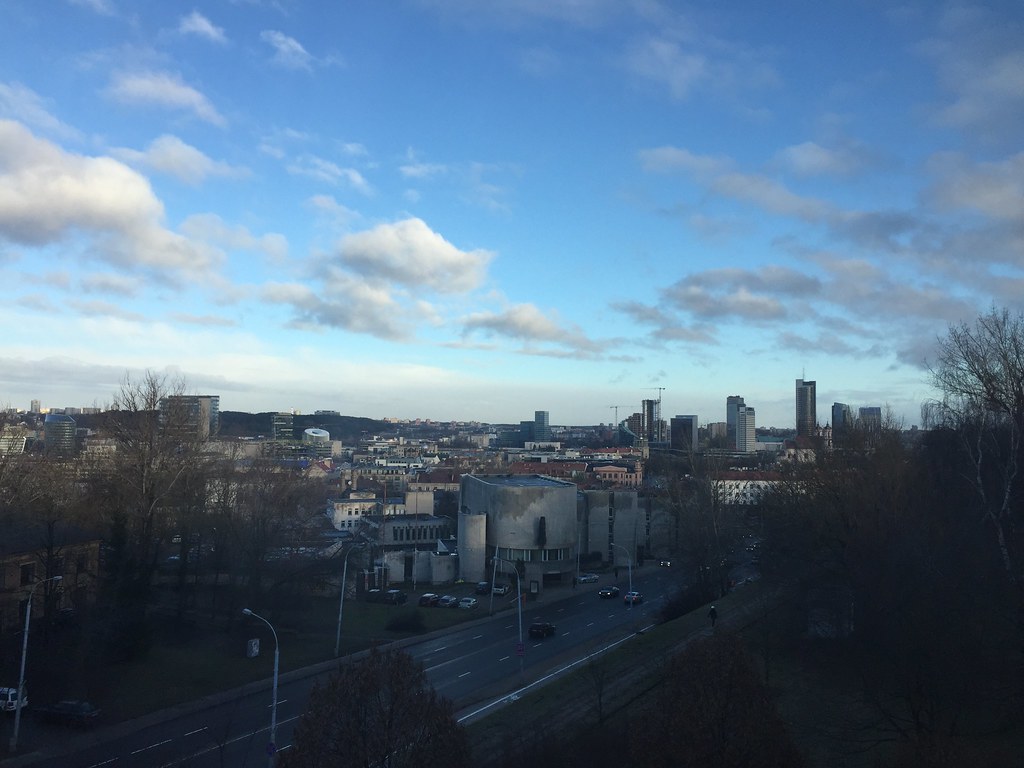 In the morning, Forest, Thibault and I set off to explore. We found a cute restaurant called The Town and had a great first lunch on our way to Cathedral Square.

Parts of the city felt very Soviet-like, while others seemed almost Baroque. Vilnius' old town is quite small and extremely easy to walk around and it was very festively decorated for the holidays. 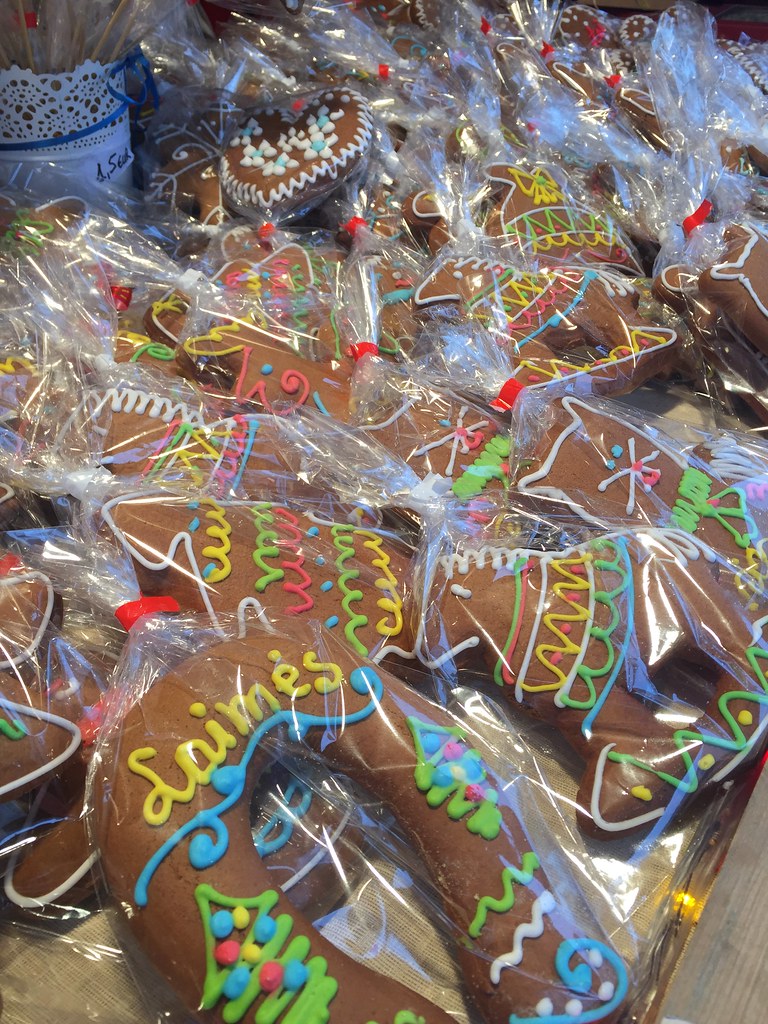 There was a Christmas Market set up in Cathedral Square which had some cute kiosks selling local crafts and treats, all surrounding a large Christmas tree. I bought some really delicious sugared hazelnuts and almonds as well as some great venison sausage to serve with aperos at the apartment. The weather was a bit cold and drizzly so I also grabbed a mulled wine and stole a few hot donut holes from Thibault. 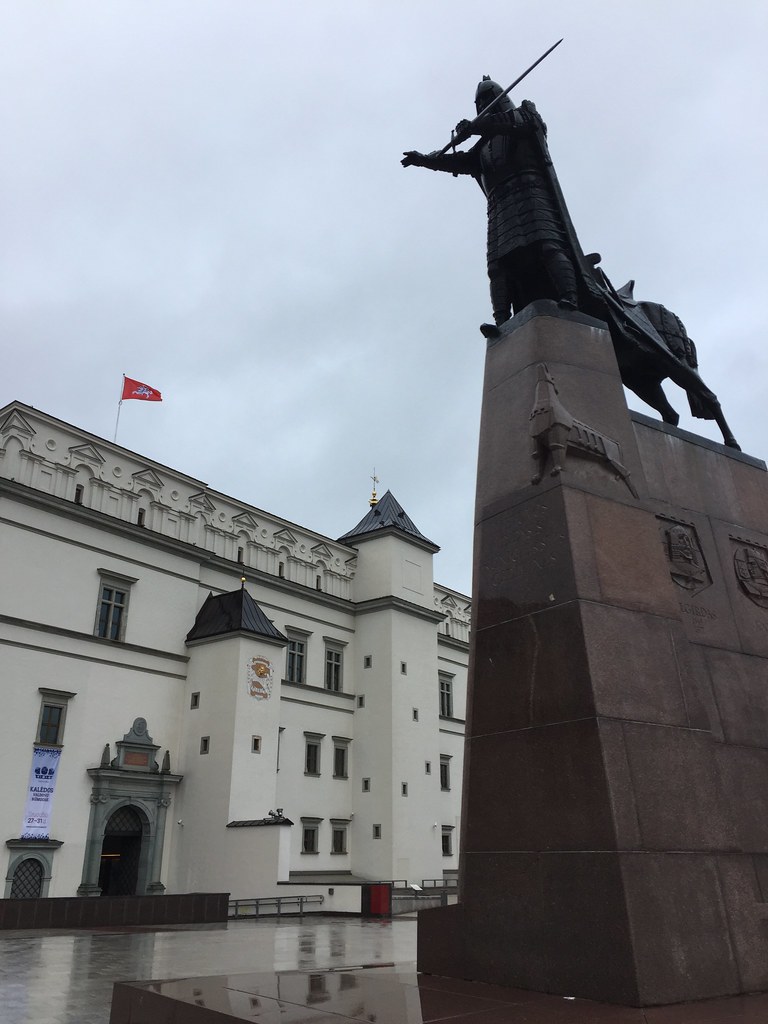 Afer taking a quick look inside the cathedral, Forest went back to the apartment while Thibault and I went to the Palace of the Grand Dukes. This is a really fantastic museum that starts you off below the current building, amidst ruins of the original site from the 15th century. There are displays of the earliest pieces of architecture, clothing, silver work, tile, pottery, glass, etc from Lithuania. 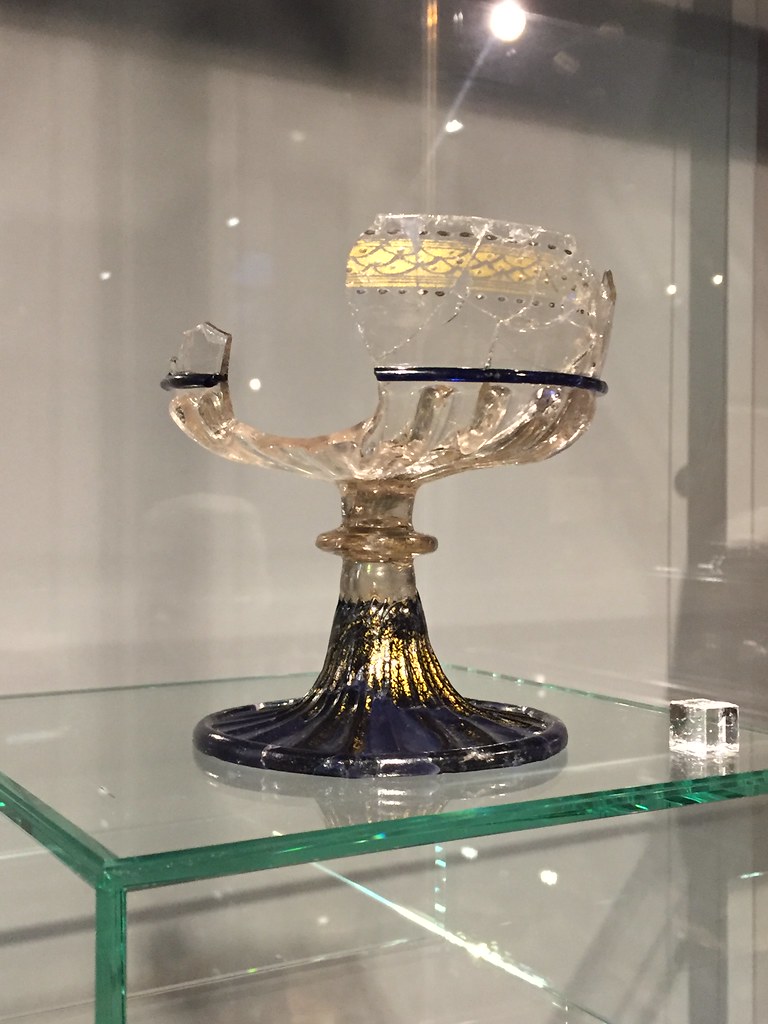 There's a rather large map of the region at the time when Lithuania was the ruling seat spanning modern-day Lithuania, Belarus, Ukraine, Transnistria, and portions of modern-day Poland and Russia. There's also an impressive number of pins showing all the palaces and castles that were available to the rulers. This way they could travel all over without having to set up a camp. Interestingly enough Lithuania only had one King, after being ruled by a succession of Grand Dukes. 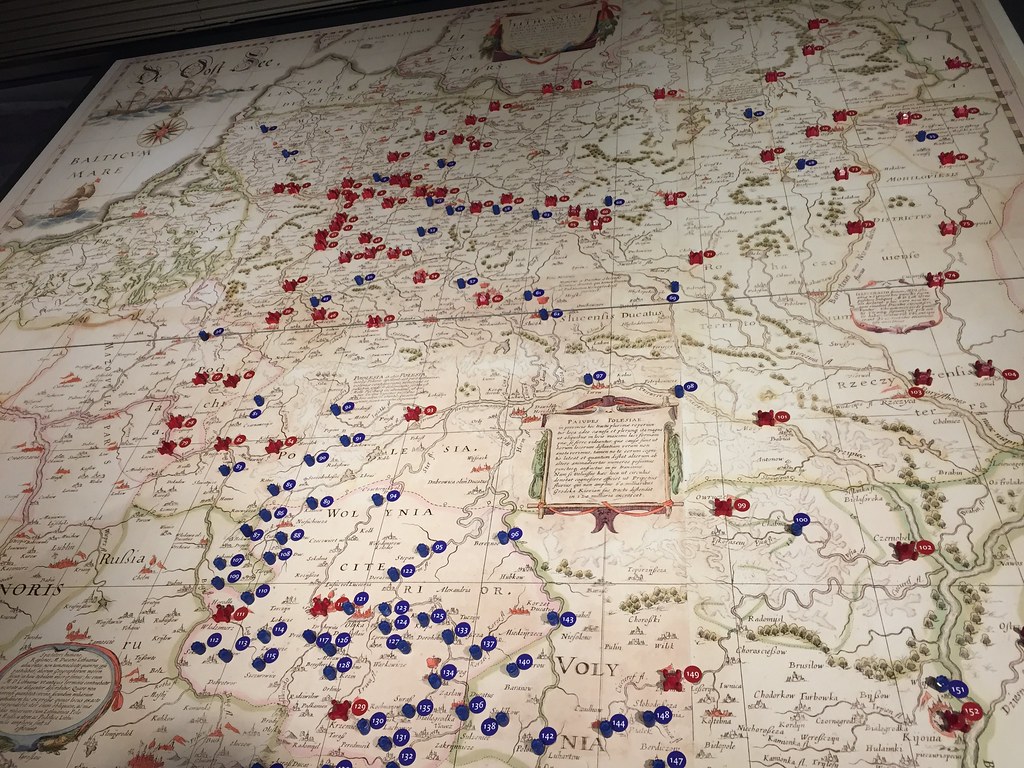 Making our way upstairs we encountered a VR "tour" of the building of the palace and of Vilnius. This was my first time using one of these headsets and it was beyond cool. I now understand the hype! 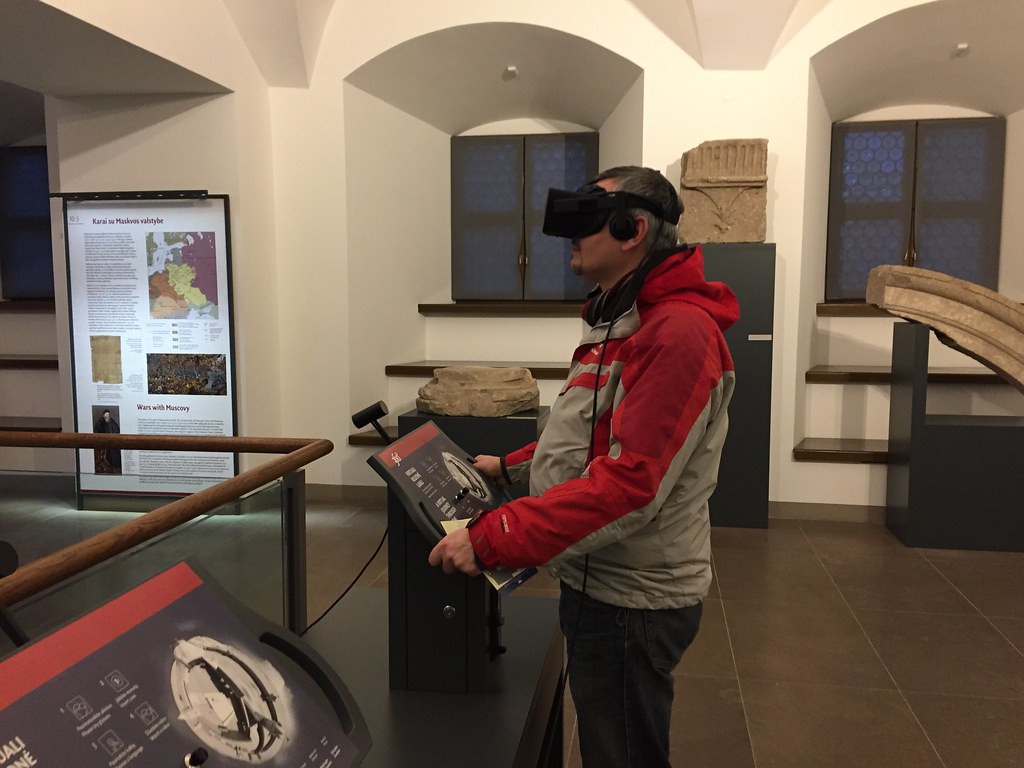 Additional floors showed the way the palace had been furnished and also featured a weapons display room which was very scary looking. I really liked this museum and the history of Lithuania. Highly recommended if you find yourself in Vilnius! 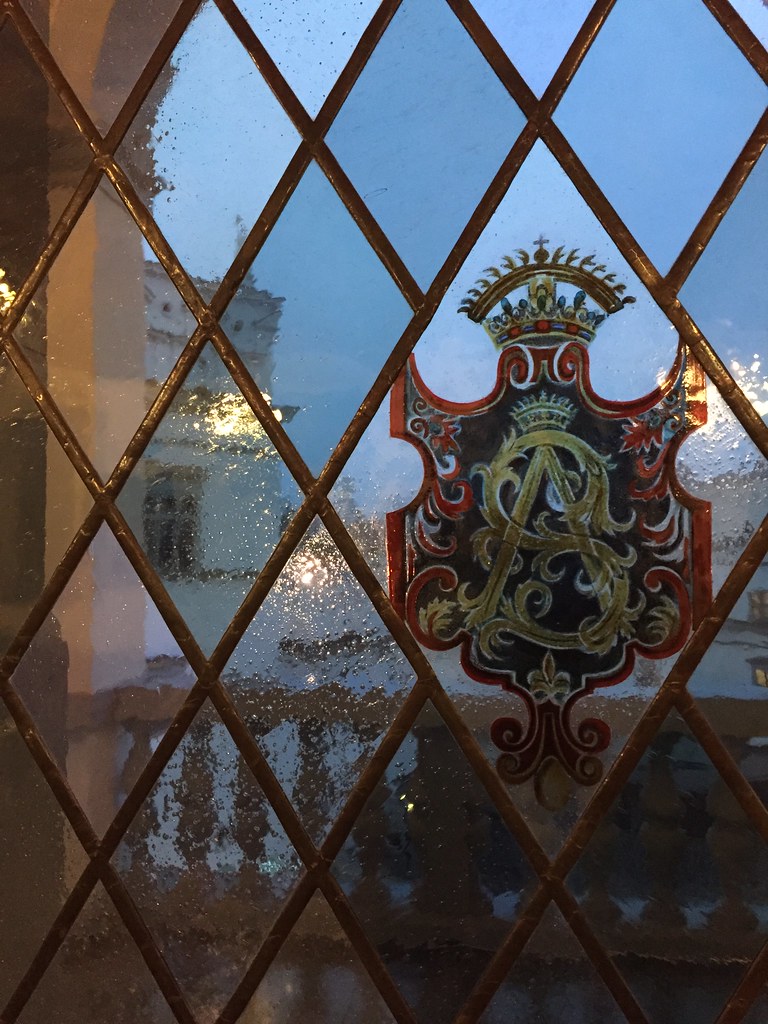 When we left it was dark and actively snowing; so pretty! We arrived back at the apartment in time to greet Caitlin who had arrived from London. Aperos were had as we all caught up, my favorite part of these annual holiday trips.

Forest was feeling a bit under the weather so we left her to rest and the three of us headed out for dinner. I had a place that had been recommended and I'd mapped it out but for the life of us, we could not locate it. We walked around and around and asked multiple people but no one knew of it.

It was getting late and most of the places we popped into had kitchens that were already closed for the night. We finally found an open spot on the main road and grabbed a booth, it ended up being an extremely cheap and late night diner ala Denny's style called Čili Pica. 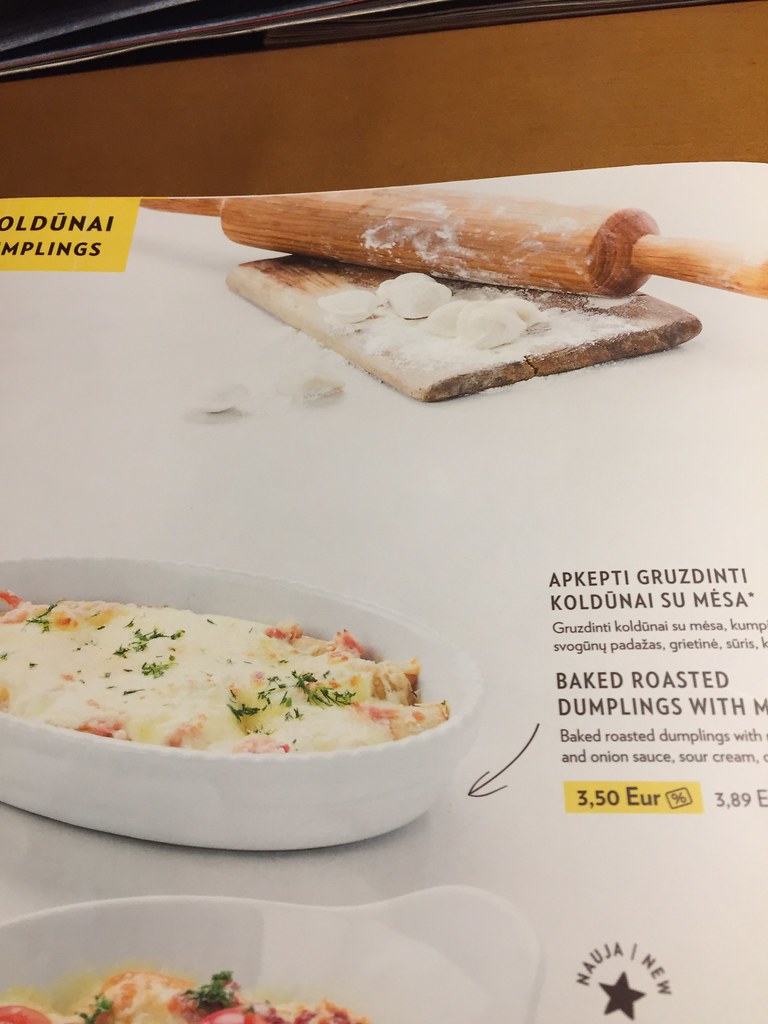 The food wasn't bad and the people watching was amazing as we were the only locals in there and most of the others seemed like they'd been out partying. And since it had been reported that George Michael had been found dead the day before, the tv was on VH1 which was playing a non-stop tribute. We had to laugh at how strange the entire dinner was. 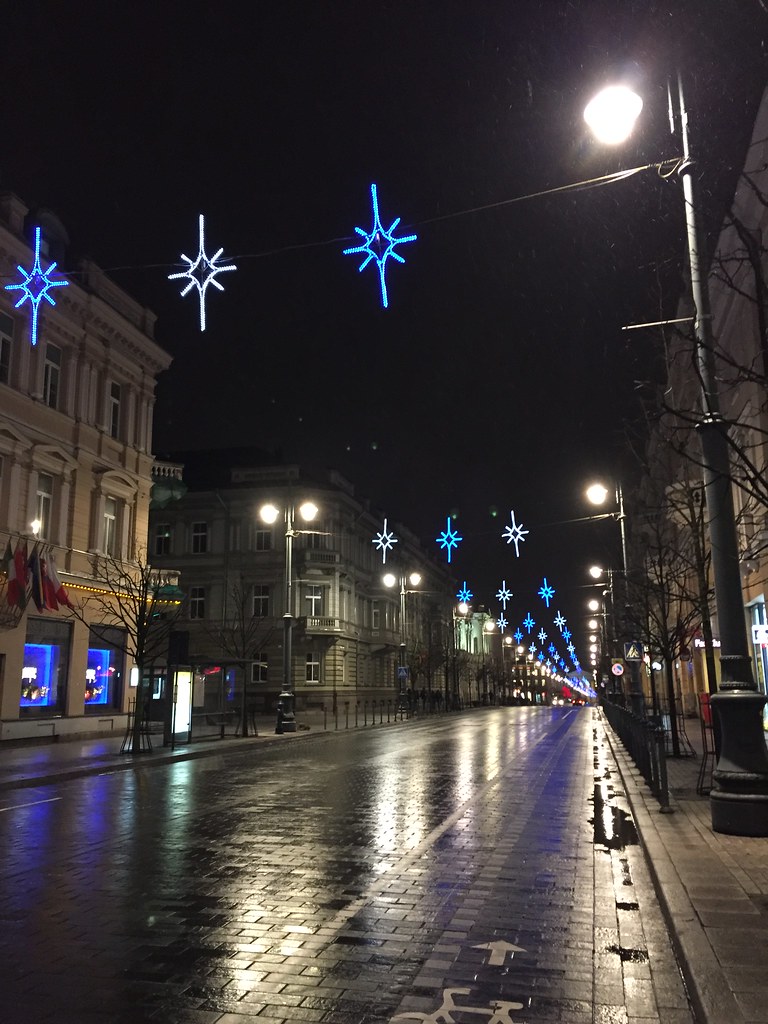 We'd be spending two more days in Vilnius before doing a road trip to Riga, our New Year's Eve destination. Having been to Estonia for my birthday four years ago, we were excited to complete our tour of the Baltic countries!

All Lithuania photos are here.
You can also find photos of our trip on Instagram using the hashtag #BalticBash2016

Other posts from this trip:
36 Hour Parisian Birthday Party
Christmas in Beaujolais
Out and About in Lithuania
A Very Baltic New Year
Latvian Eats & Drinks
at May 31, 2017