We had driven from Vilnius, Lithuania on the 30th of December to Riga, Latvia and found our Airbnb for the next five days to be in an absolutely perfect location. We were across the street from the President's palace, right in Old Town. Most importantly as this was our New Year's Eve trip (the 12th!), we were 2 blocks from where the festivities would be.

The morning of the 31st Caitlin, Sharon, Forest, and I left Thibault to sleep in a bit and walked to Riga's Central Market. Along the way we passed through the over-the-top charming Town Hall Square which has the beautiful Blackheads House (originally an association for unmarried men). The Christmas Tree was reportedly "invented" at one of the Blackheads gatherings (men got drunk, cut down a tree, put a bunch of stuff on it, then tossed it out the window aflame; really no different that today) Riga really knows how to decorate their city. Every square had gorgeous trees and festive light displays. 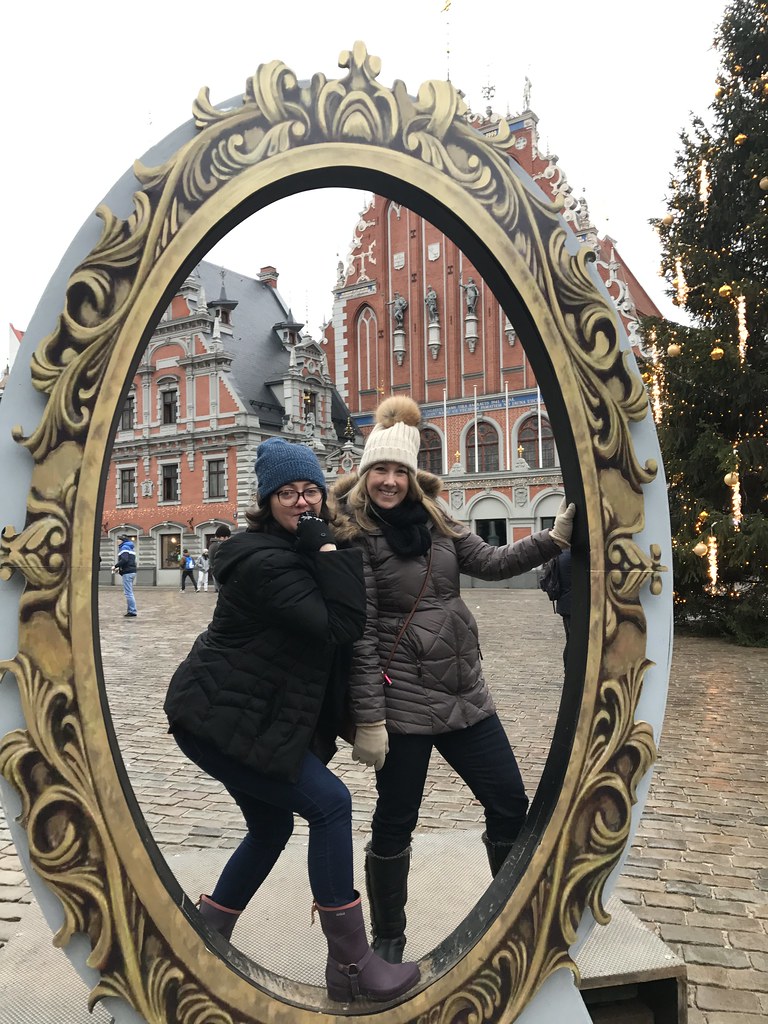 We continued through Old Town, crossing into a much more industrial feeling part of town. Here was the main bus terminal as well as the very limited train station (we were told by locals that even now overnight bus between the main cities in the Baltics is how people get around), and the huge Central Market which is housed inside old zeppelin hangars.

Each hangar was dedicated to a different type of product; vegetables, meats, pickles, fish, household goods. The fish market in particular was incredible with hundreds of types of smoked, dried, and fresh fish along with so many different caviars! 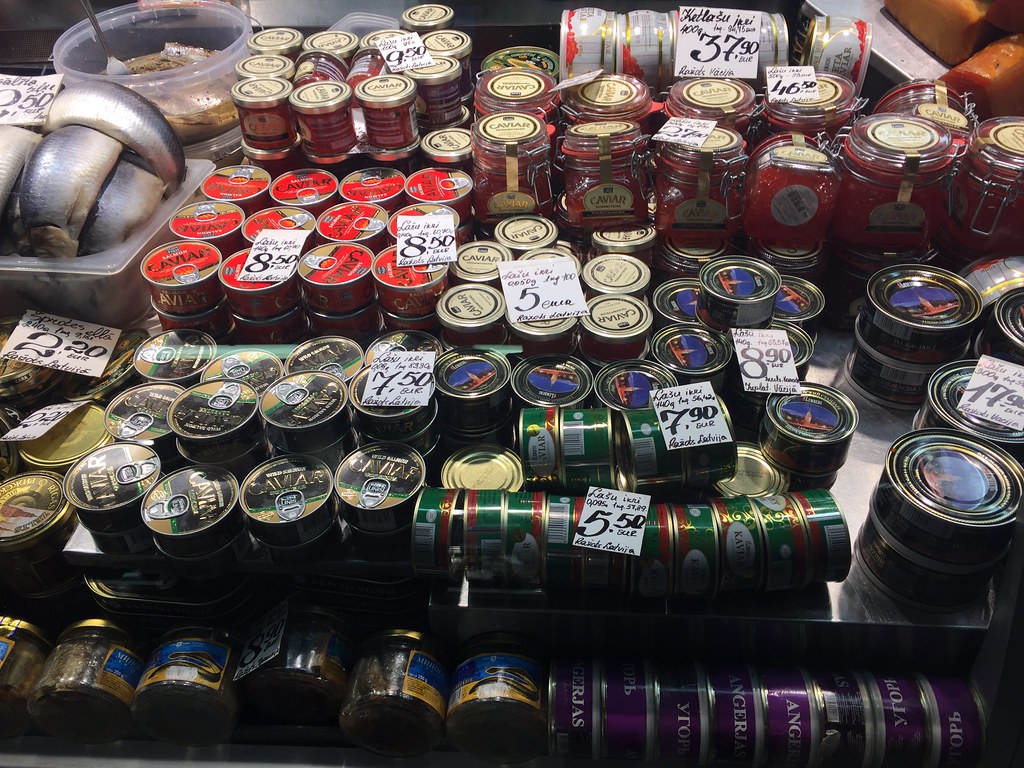 And the pickle market was an array of amazing colors with all sorts of produce pickling in huge jars and crocks! 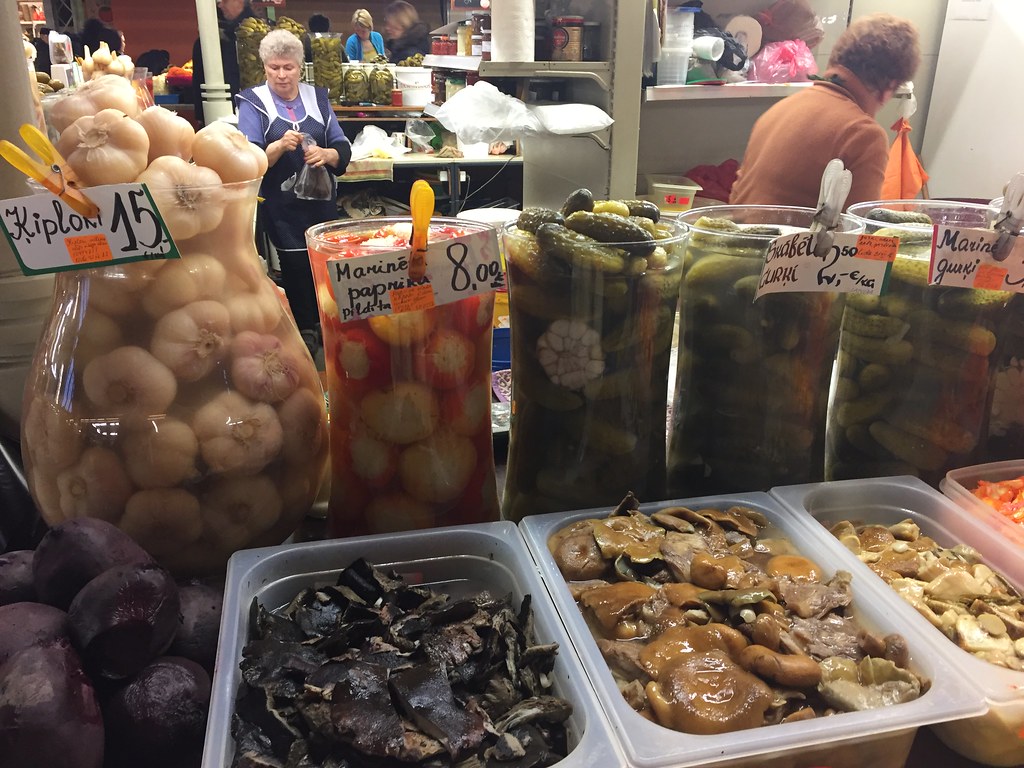 As many people are Orthodox in the Baltic countries, Christmas would be celebrated on Jan 7th. Many people were buying their Christmas trees on New Year's Eve from market vendors. If you love Christmas, Latvia is the place to be as it lasts for many more weeks than we get! 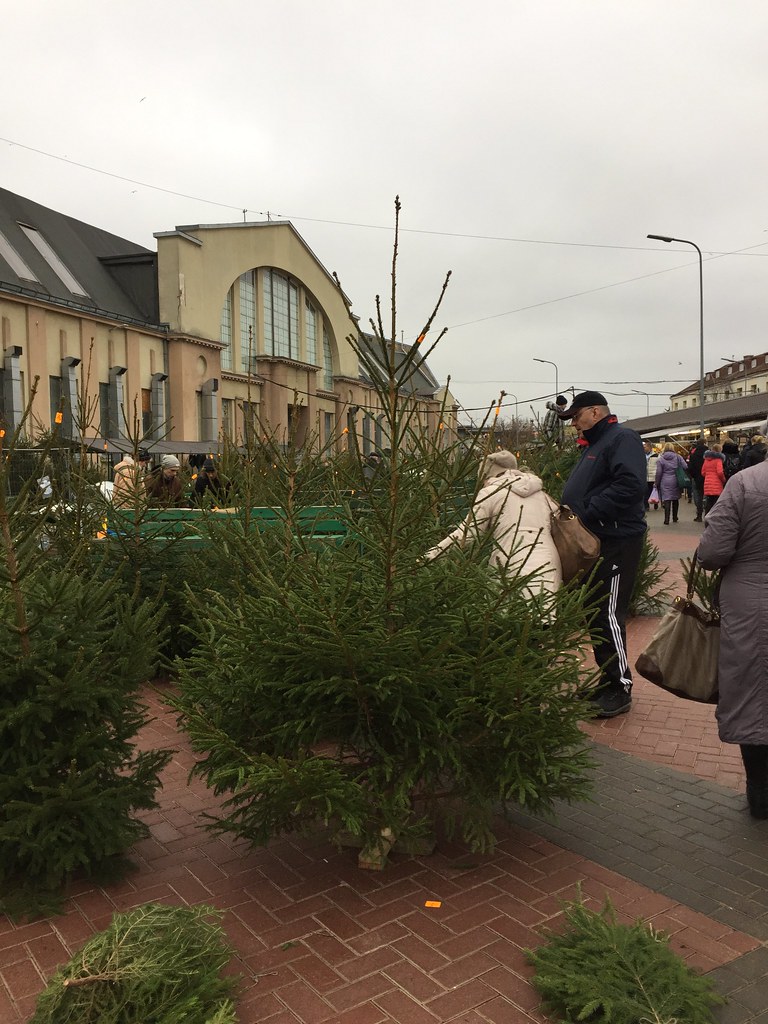 After our market shopping, we headed to Apsara Tea House located in the picturesque Vermanes Garden which a friend had recommended. The entire upstairs was meant for lounging on the pillow covered floor while gazing out onto the park, Japanese style. The building was round so there were views of the outside in every direction. We grabbed a table downstairs since upstairs was full and enjoyed a variety plate of cookies with our tea and wine. 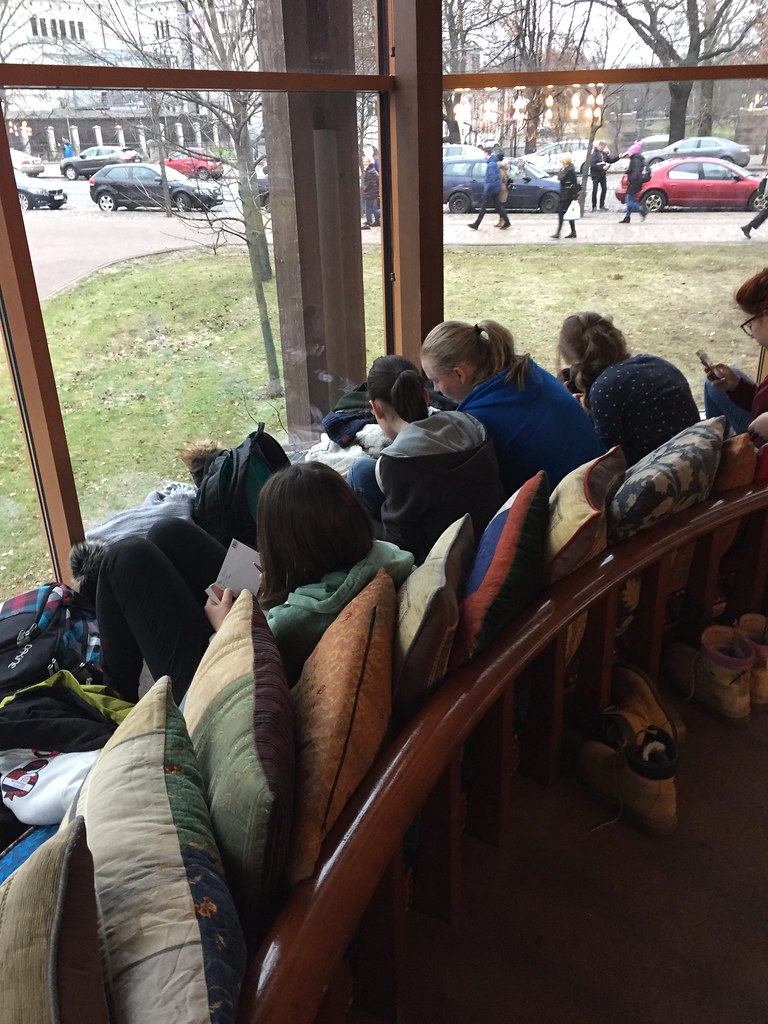 It was time to meet Thibault and time for lunch. We had reservations at Domini Canes which was a very cute little spot right next to St. Peter's Cathedral. As we would just be having light apps later we had a proper lunch of what Riga calls (and loves) modern takes on Latvian food.

From here Forest and Thibault led us on a walking tour of the Old Town. This is one of the nicest Old Towns I have been in and the Christmas decorations just added to that. We started at St. Peters and did a complete circle using one of our guide books, stopping for a bit of shopping along the way. 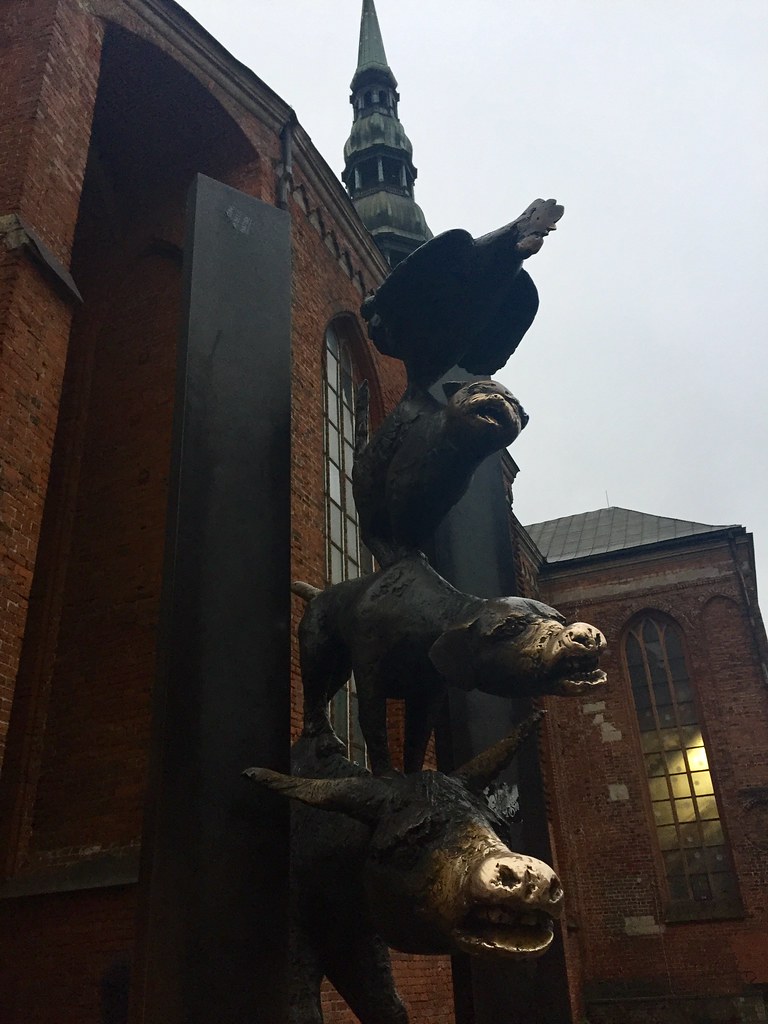 About half way through we happened upon a Christmas market, this one mainly arts/crafts oriented in a picturesque square. 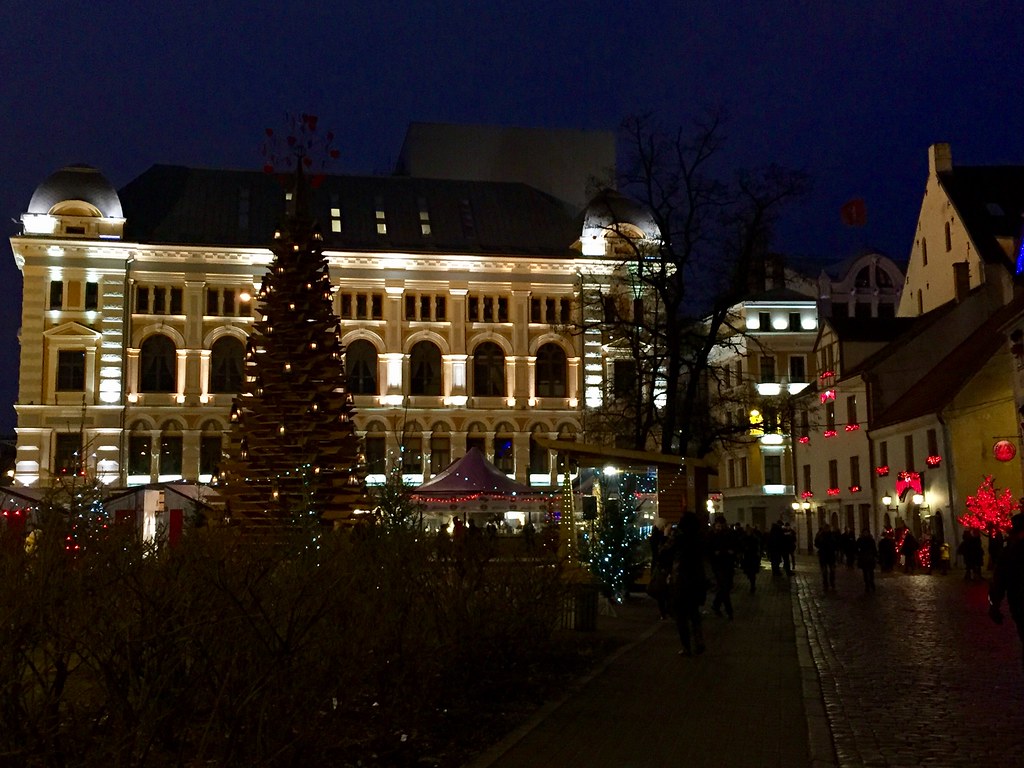 We continued our tour until we hit the next Christmas market, this one having the additions of food and drinks. After tasting some locally made brandy & liquors we got wines mulled over this open flame served by two good looking men. Have I mentioned that I really liked Riga? 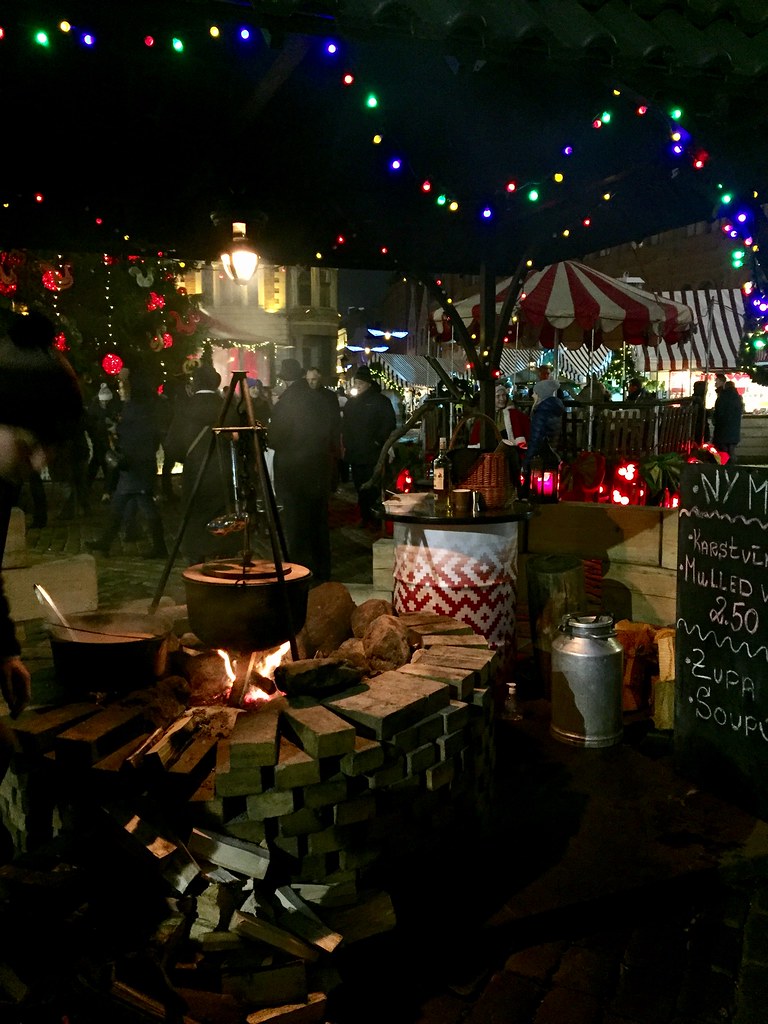 Back at our Airbnb we had a little party with champagne and apps made from things we had purchased throughout the trip; pate & cheese brought from France, sausage & sugared nuts from Lithuania, sardines, olives, and strange flavored potato chips from Latvia. 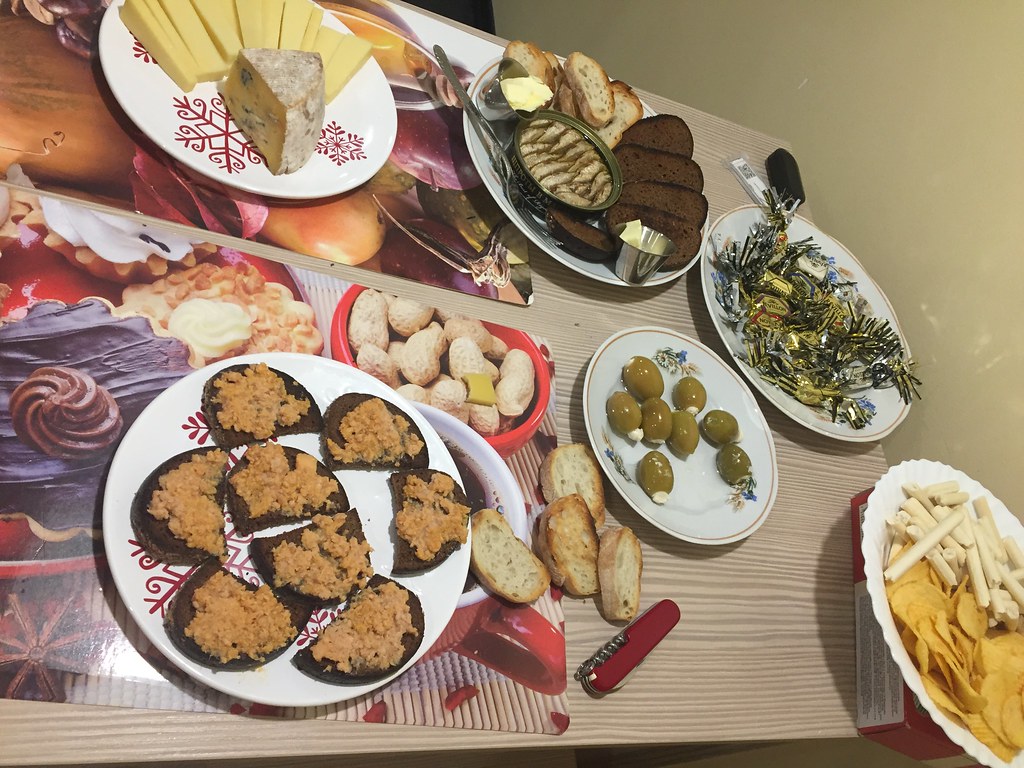 The New Year's Eve festivities were starting in Riga so we headed out all of two blocks to join the crowds for the live concert that was set up next to the river at 11 November Place. Latvian pop/rock bands played and the crowd danced and sang. Super fun! 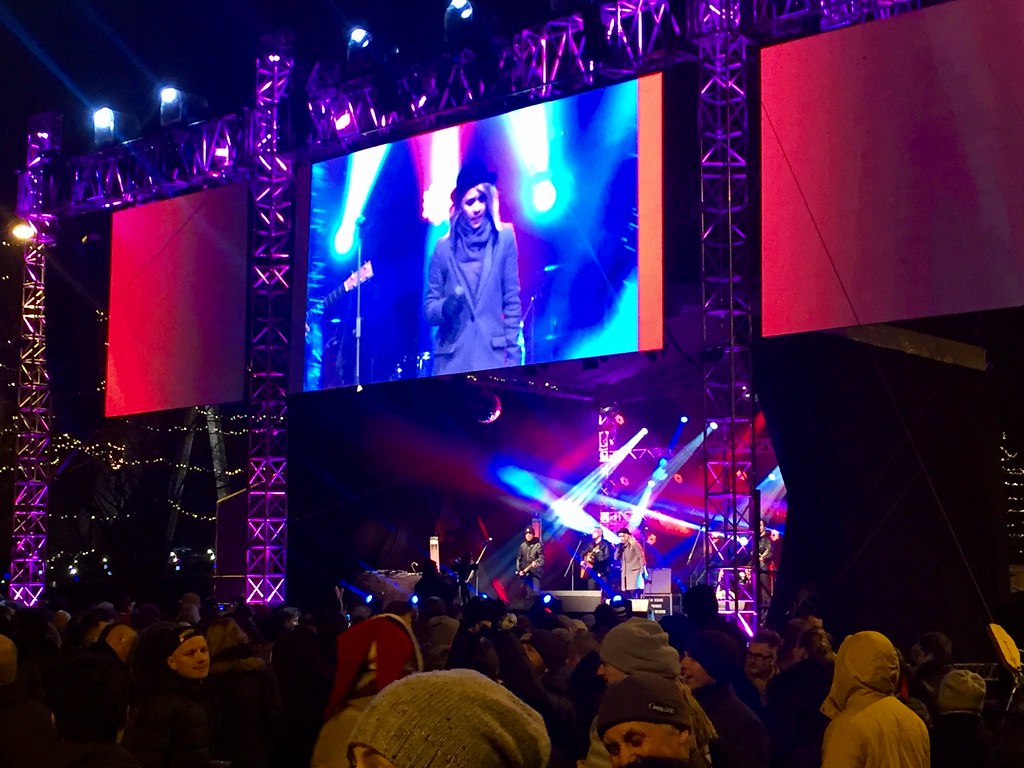 We grabbed a bit more mulled wine from the market and then found a good spot on the quay where the fireworks would go off. Right before midnight the live bands gave way to some pre-recorded music set to the pyrotechnics, we popped the bottles of bubbles we were toting in our backpack, and had great views of the really well done fireworks show! 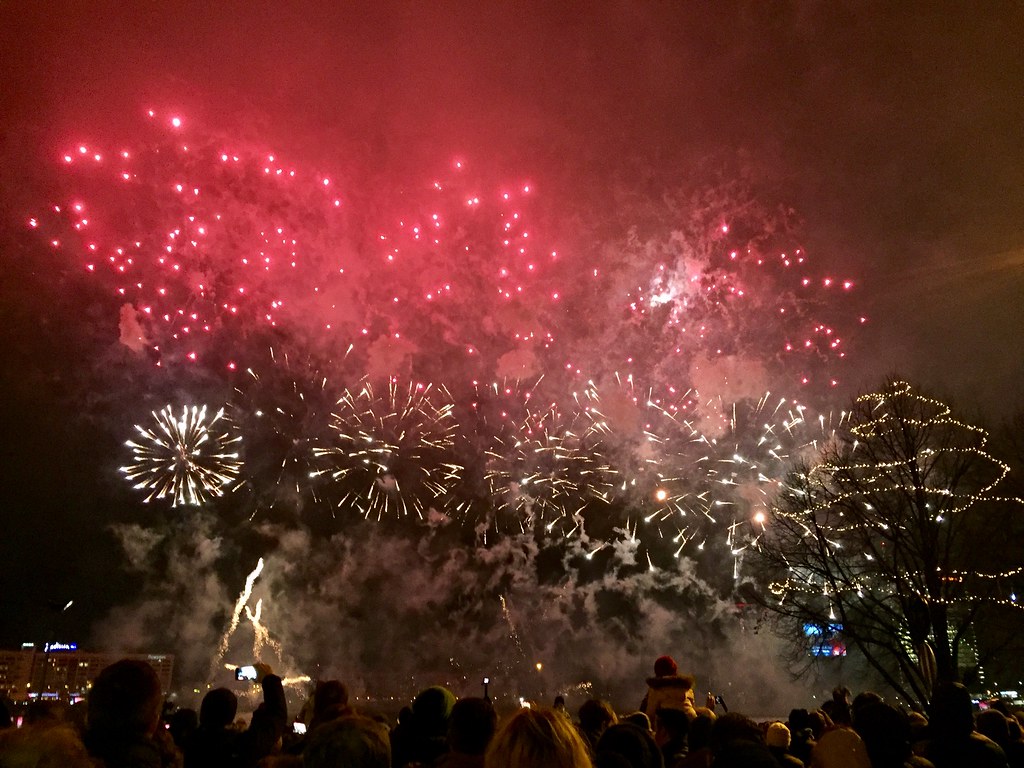 I absolutely loved it! It was one of the best choreographed to music shows I have seen. The crowd was small and well behaved which reminded me of Vienna and our house was so close we just walked 3 blocks after it was done.

As you can guess, there were some nightcap martinis at home after.

Other posts from this trip:
36 Hour Parisian Birthday Party
Christmas in Beaujolais
Baltic Bash Kick Off
Out and About in Lithuania
Baltic Road Trip
A Very Baltic New Year
Latvian Eats & Drinks
at February 07, 2017