The other night we re-watched "In Bruges", which is a seriously funny and twisted movie. We'd seen it before, but since we were in Brugge last September for our wedding anniversary, we thought we'd see how realistic the filming of town is. It is very good, unlike those crazy scenes in "Sleepless in Seattle". 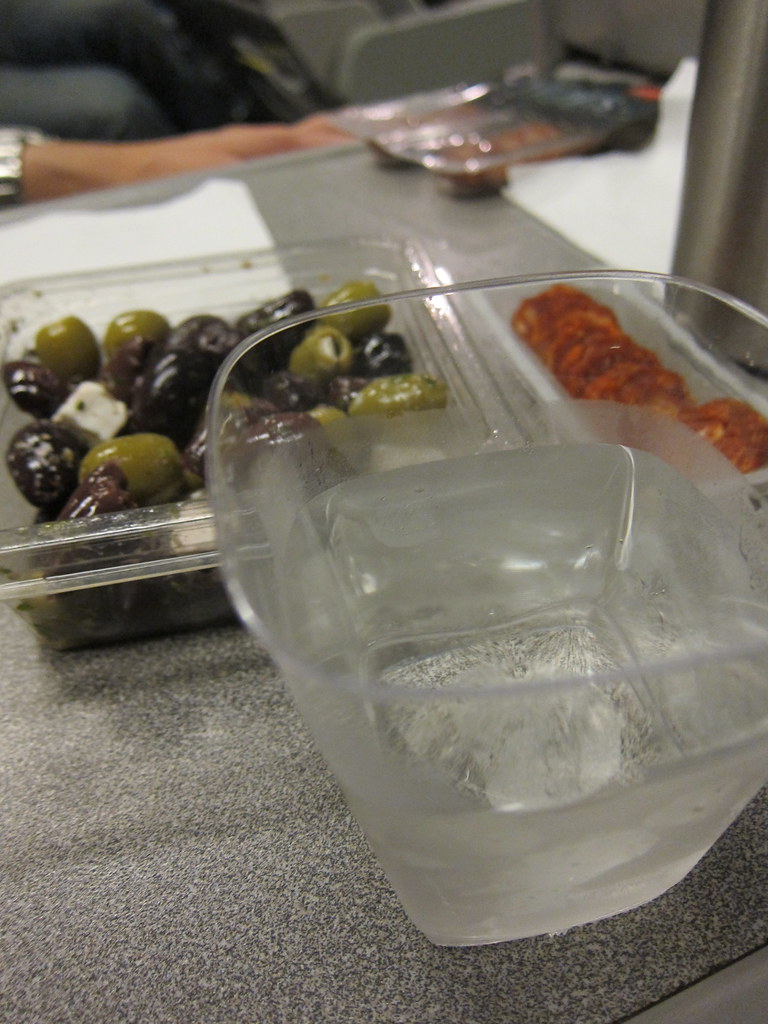 We left St. Pancras Station in London after Dayne got off work on a Friday afternoon. One easy train transfer and 4 1/2 hours later we arrived in the fairytale looking town of Brugge. We had brought along our own happy hour kit, consisting of Neal's Yard cheese, olives, salami, and pre-batched martinis, travel is rough.

We stayed at the Martins Relais Oude Amsterdam Hotel, right on the Spiegelrei canal. It was a very nice hotel with a huge room & bed, especially by European standards. There were big windows looking out onto the canal, a cute little bar off the lobby and a sweet courtyard with table and chairs. I'd absolutely recommend it and would stay here again.

We had dinner at Christoph's the first night, chosen mainly because it was the only one we could find still serving dinner past 10:00pm. The food was good but it was more expensive than it should have been. But we got to have our first Belgium beers here- 1) Duval and 2) Brugse Zot Blond. 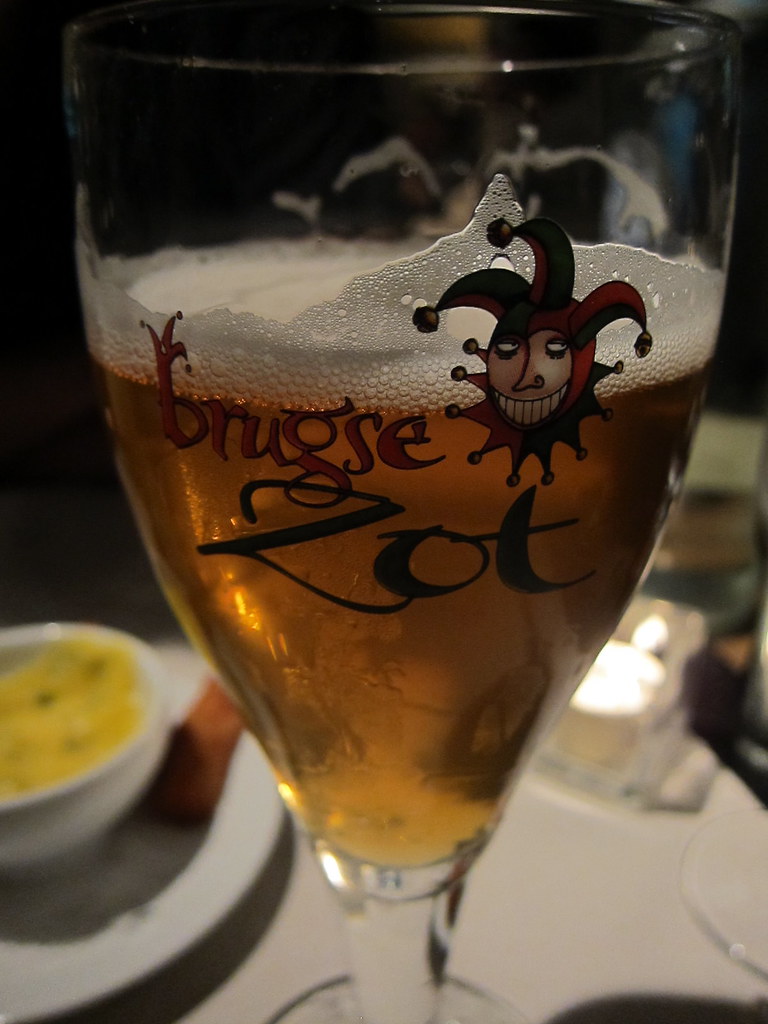 Each morning we went to Servaas Van Mullem Patisserie for wonderful coffee and pastries. This was an unexpected and very nice find! 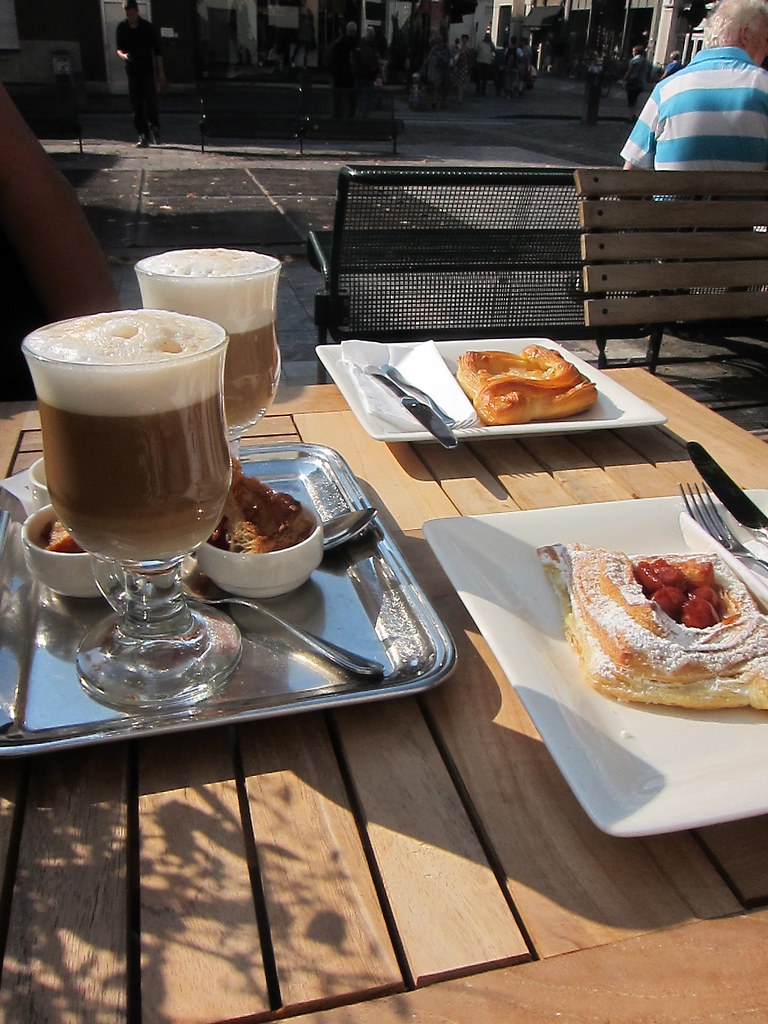 On our stroll around the incredibly picturesque town the first morning, we came upon a large market happening. There was everything from bread, sausages, fish and even socks for sale. I loved the picture on the outside of this unit! 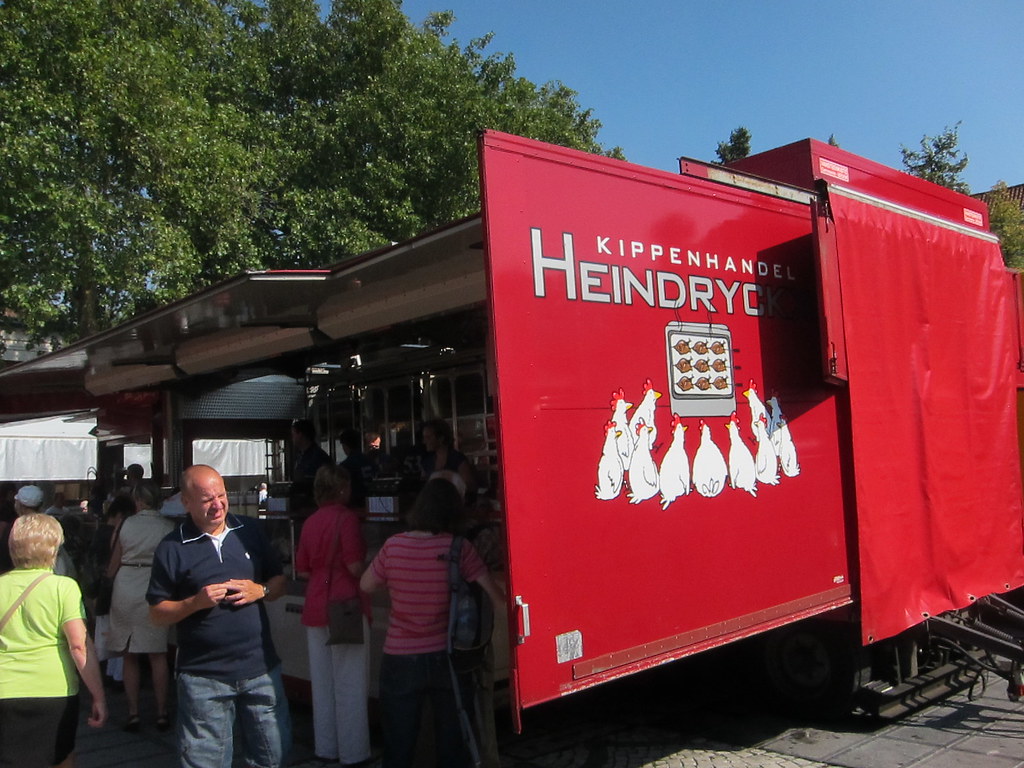 At the Onze-Lieve Vrouwekerk we walked around crypts, viewed the art, and even saw one of Michelangelo's Pietas. It's a beautiful church and well worth the entrance fee. 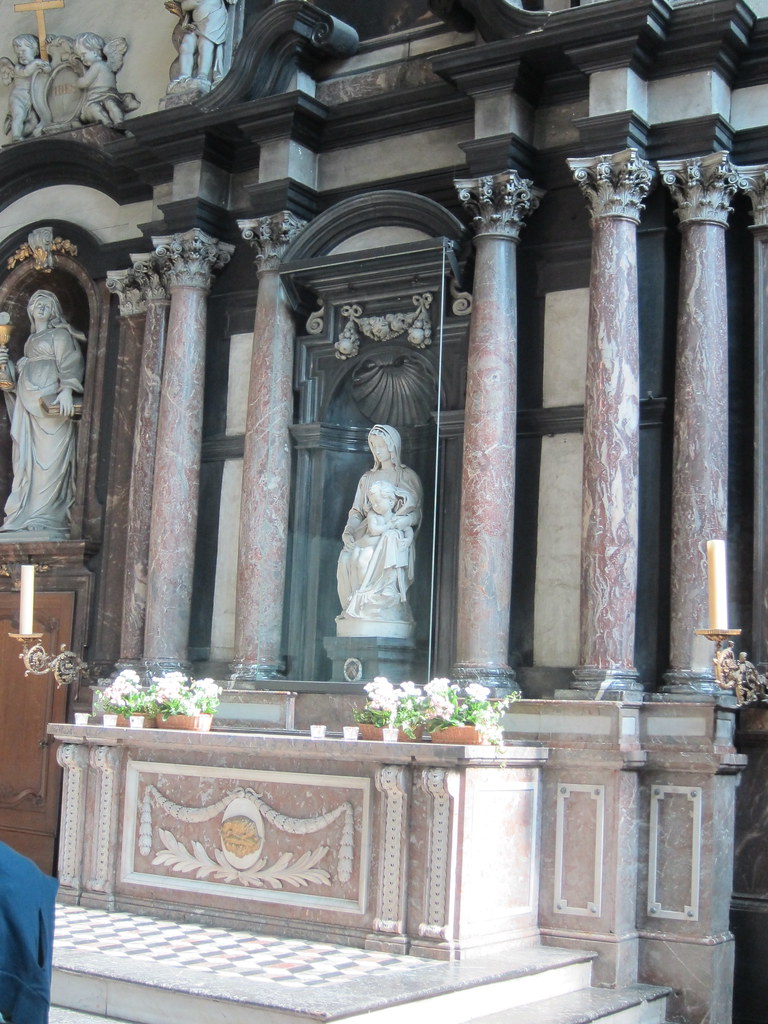 The area known as the Begijnhof reminded me of the Fuggerei we had seen in Germany.  Now the living area of the Benedictine sisters, it was founded in 1245. There is a replica house open to the public as well as the garden and the church. The grounds are beautiful, right next to the canal, with swans wandering around. All very peaceful and pretty. 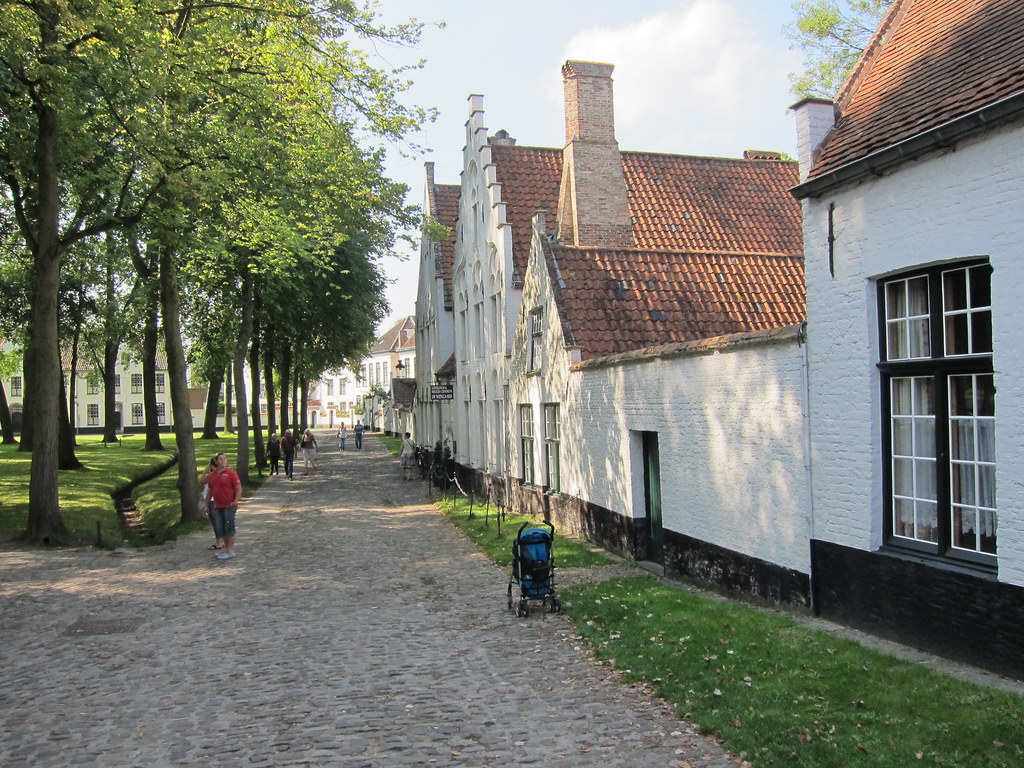 Since no stop to Belgium would be complete without mussels and frites, we had lunch in Walplein Square in a little outdoor restaurant which was lovely. Along with beers 3) Straffe Hendrik Triple & 4) Straffe Hendrik Quadruple. And there were waffles. 'Cuz it is Belgium! 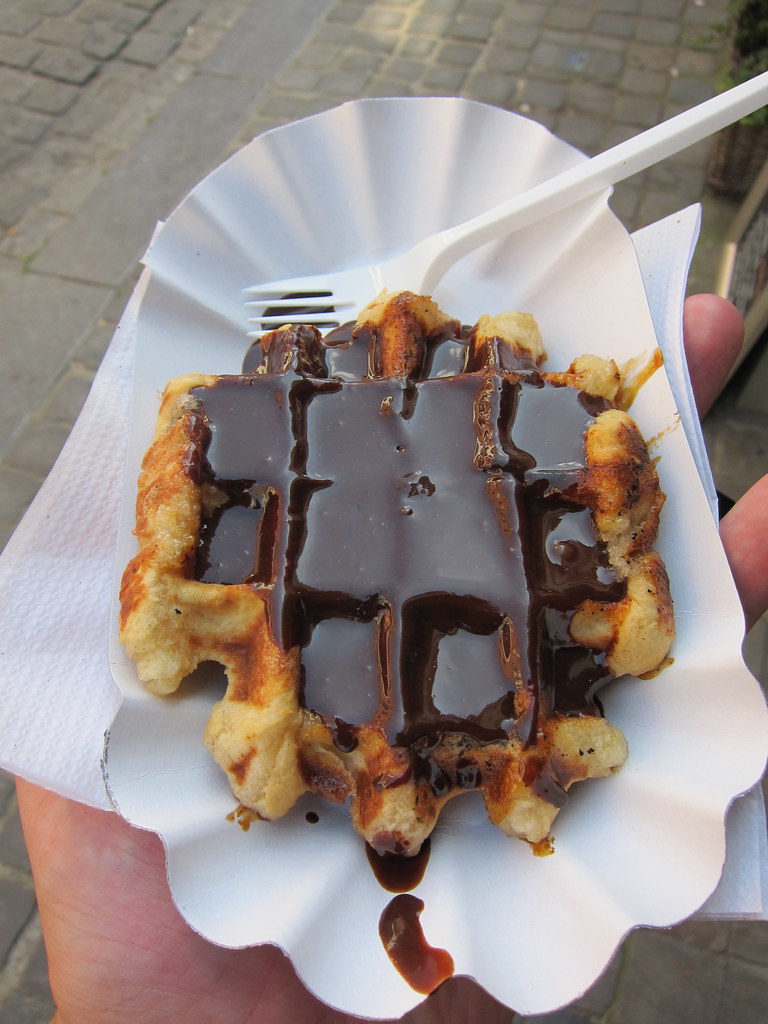 Across the square is the De Halve Maan Brewery, the last remaining family owned and operating brewery in Brugge, open since 1856. We joined in on the English tour which was very interesting, climbing all up and down ladders, stairs and multiple levels. Of course beers were had, but they were one's we had before so they don't get counted here. 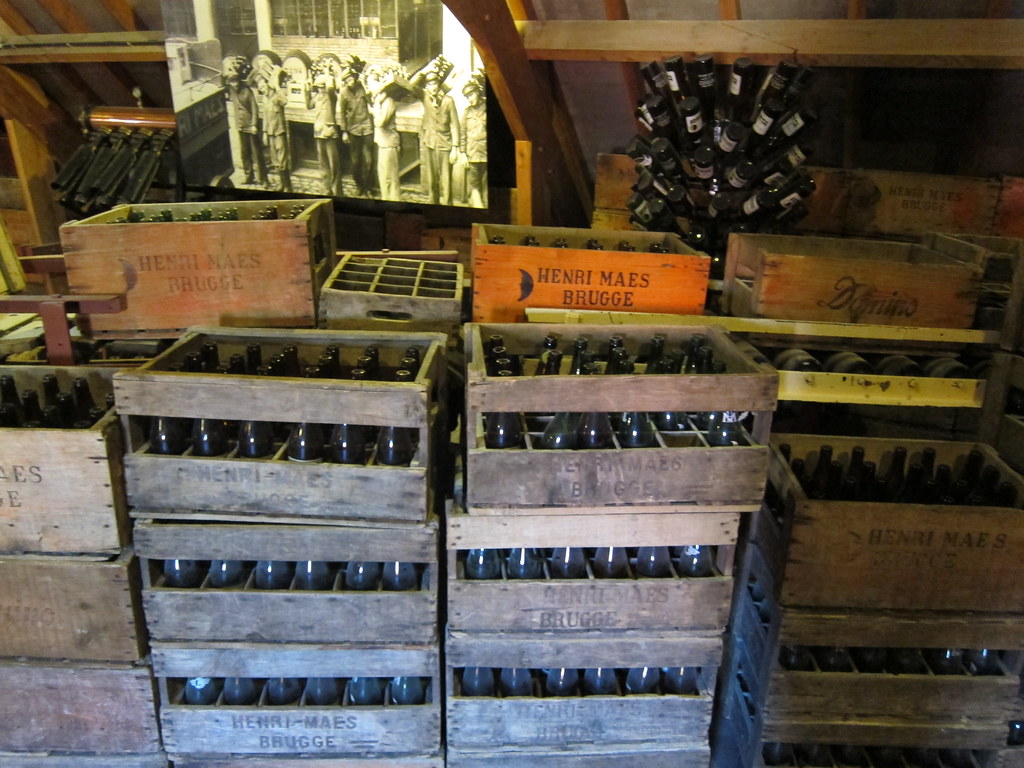 Another really nice way to see Brugge is by canal boat. The lines looked long but moved very quickly and the cruise takes you up and down the canals, under bridges and past gorgeous buildings. We even went right past our hotel. 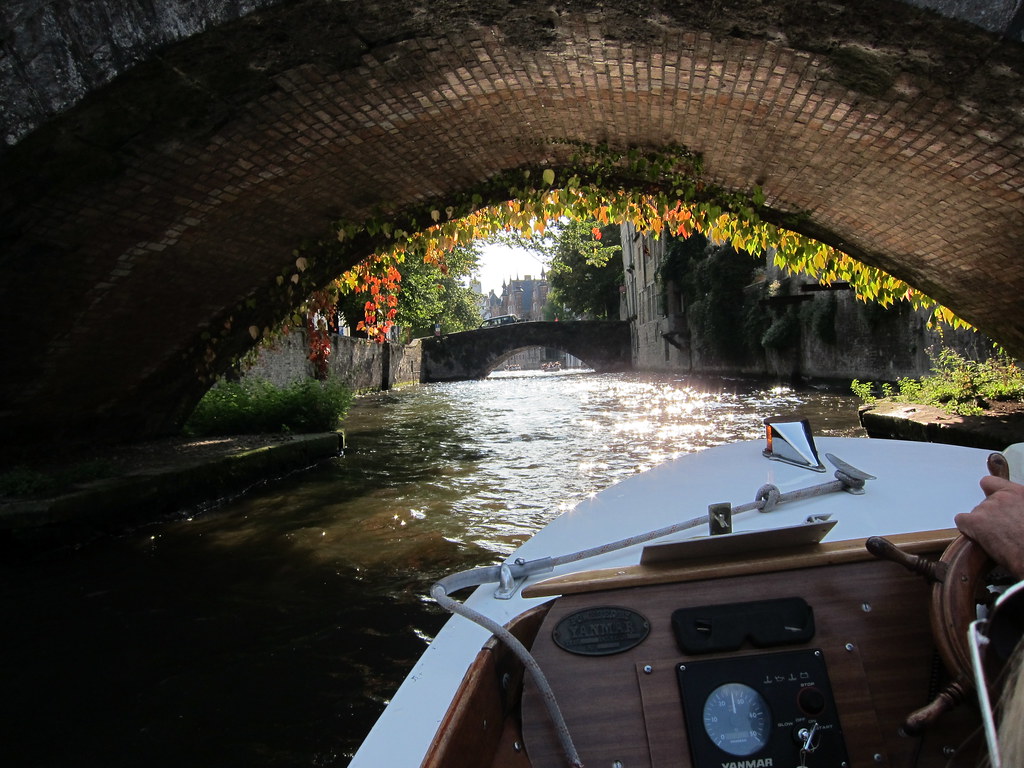 By this time it had reached beer:30 again and thanks to one of the tourists, we had been chatting with on the brewery tour, we found the tiny De Garre. It's hidden down an ally and dates from the 1700's. It is the only place you can get the 5) De Garr Triple. We also had a 6) Gulden Draak. The beers came with little dishes of cheese and the atmosphere was very "friendly dungeon" like.  A great spot! 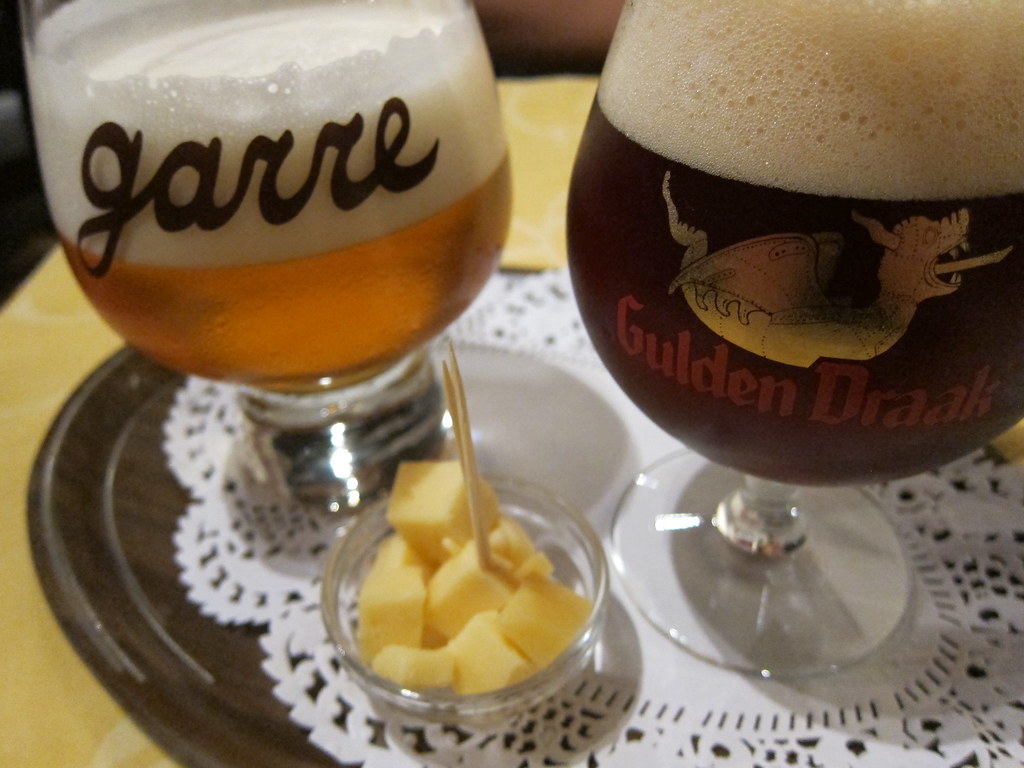 Since we were leaving the next afternoon and still had so many beers to try we decided on dinner at Den Dyver. It's well known and has a very good beer pairing menu. The food was good but we both felt it was much more expensive than it should have been. However the beers were delicious! 7) Witkap Pater Stimulo, 8) Tempelier, 9) Chimay, 10) Lupulus, 11) St Bernardus Pater 6, 12) Lambic.

That evening a crazy thunder and lightning storm started just as we were leaving the restaurant. We couldn't go 5 feet without being completely drowned! We finally got a cab and enjoyed a Genever in the bar back at the hotel before calling it a day.

We spend the last morning at the Groeningemuseum which is very interesting. Lots of gruesome religious pieces, all Flemish artists spanning about 6 centuries in the Netherlands. We strolled around town some more after, deciding between shell, boobs, and animal shaped chocolates to bring home for friends. 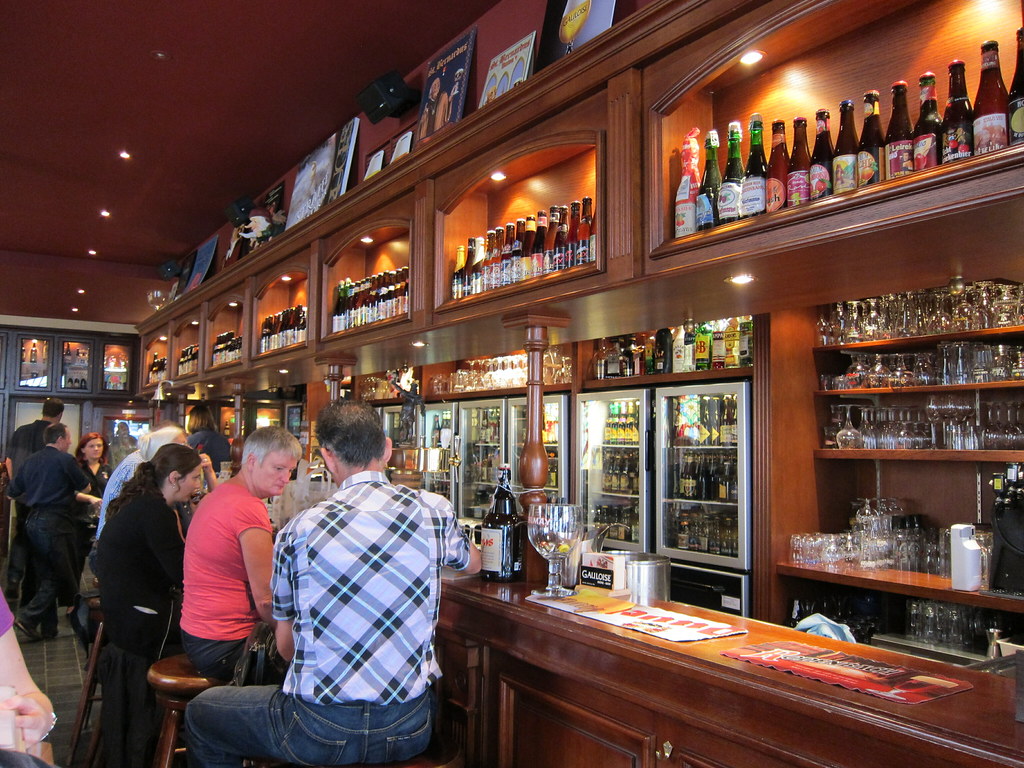 Having been given great advice from friends who had been before, we had our last meal and beers at Cambrinus. Delicious bouillabaisse was enjoyed with 13) Trappe Quadruple, 14) Westmalle Triple and 15) Cambrinus Blonde.

If only we had more time... 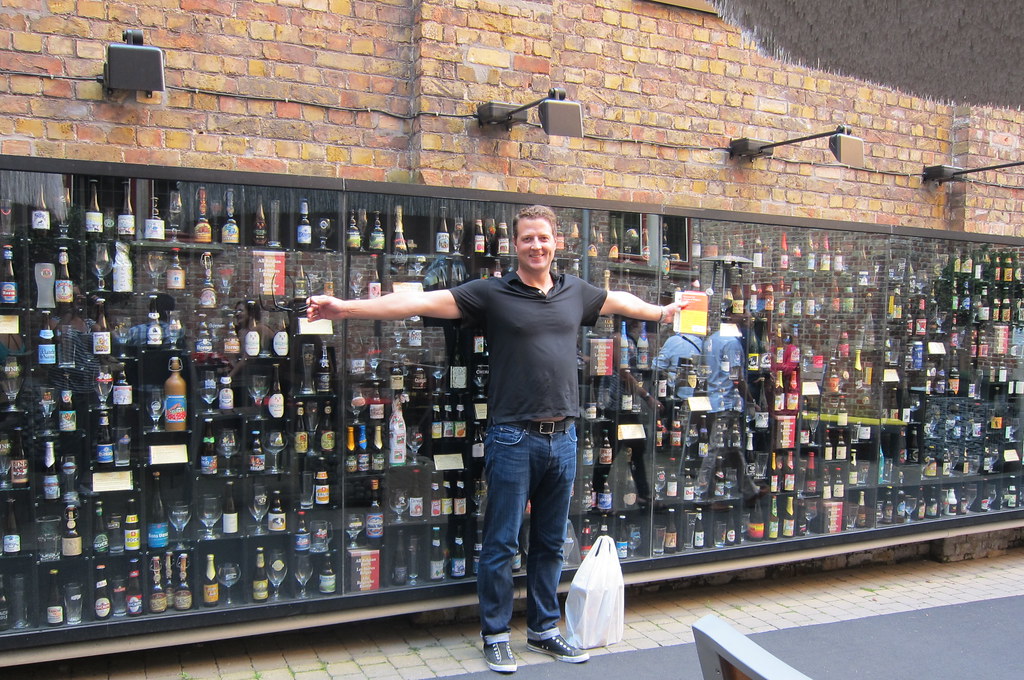 About the spelling of the town; Bruges or Brugge are both right as one is French and one is Flemish and both are spoken.