A friend recently asked me for recommendations for Rome but I didn't have much to offer. The last time I was in Rome it was just for a short weekend, really not enough time, before sailing the Mediterranean.

I would recommend the Hotel Modigliani, which had been recommended to us by friends. It's a great location, very central, and although our room was tiny (by American standards) we had a balcony looking out to the hotel's back patio, where jasmine and citrus grew, scenting the air. The hotel has a good breakfast room and the staff were incredibly nice. 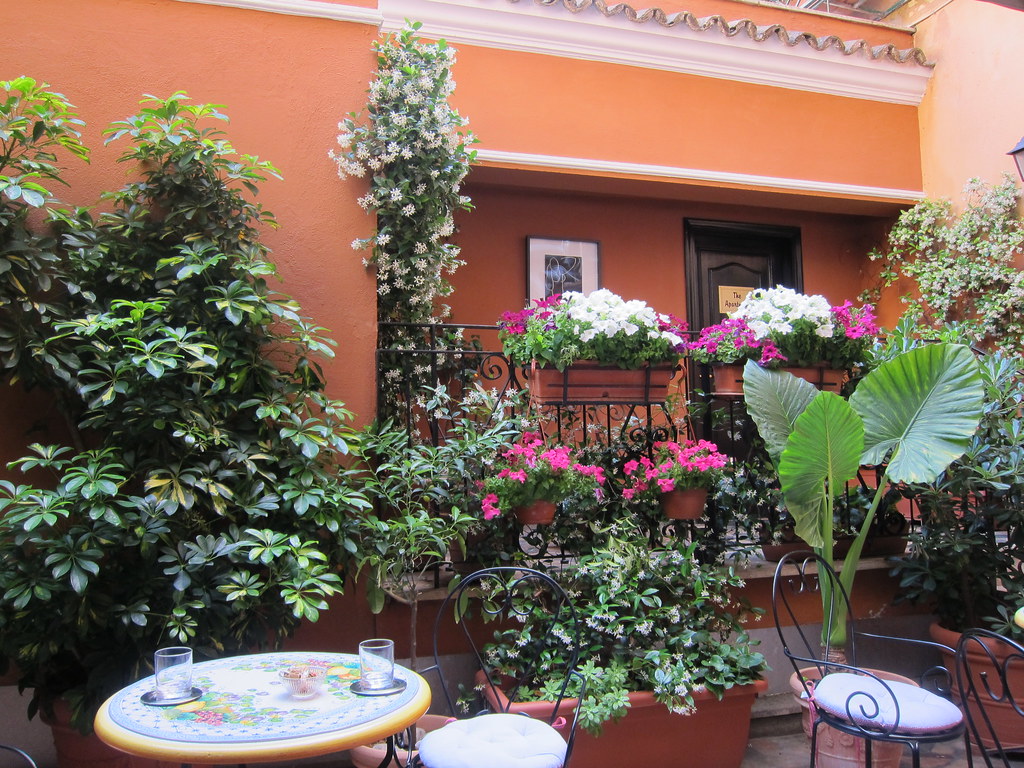 I would also recommend taking a walk to the Trevi Fountain, tossing in a coin (to insure your return to Rome) before making your way up the Spanish Steps. If you happen to do this at dusk when the light on the city is magical, all the better. Sure these are on every 'top things to see in Rome' list, and for good reason! Order an Aperol spritz or an espresso and do a little people watching. 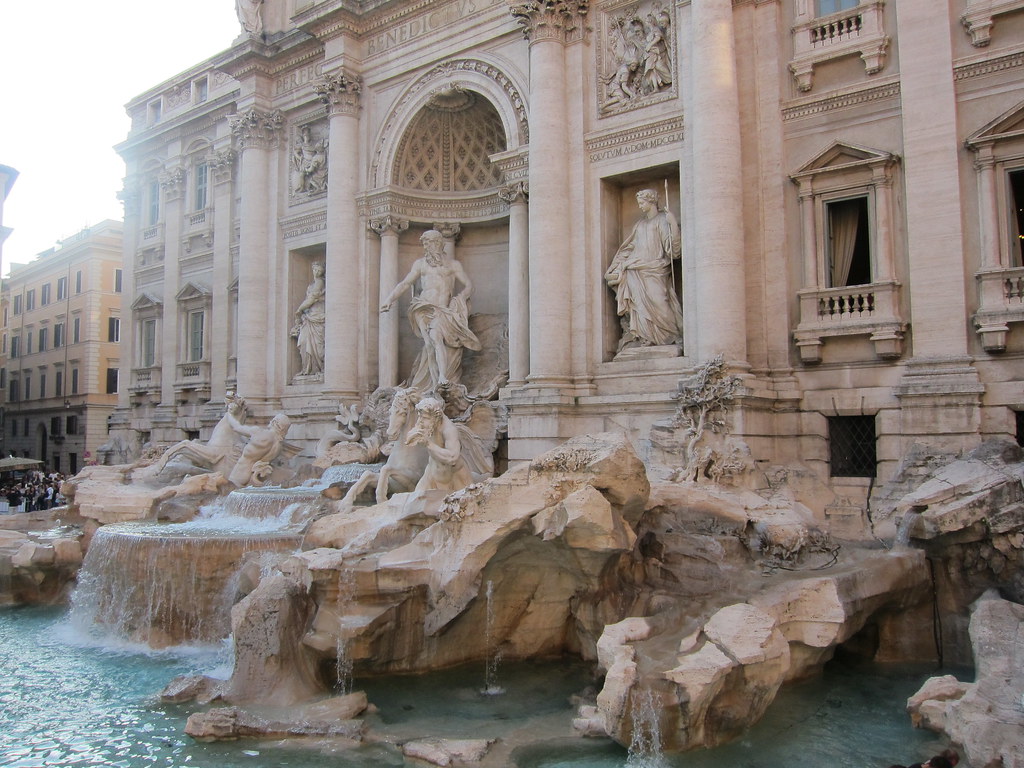 I would also recommend the touristy Hop On, Hop Off bus if you have limited time as we did. Especially if you do it on your first day you can get a sense for where things are at in the city. And of course, you can get off and see some of the sights, explore an unknown neighborhood, jump back on, listen to the guide, etc. If you are traveling with friends you might want to make sure that you all know where you are going to "hop off" or else you might accidentally get separated, which I don't recommend! 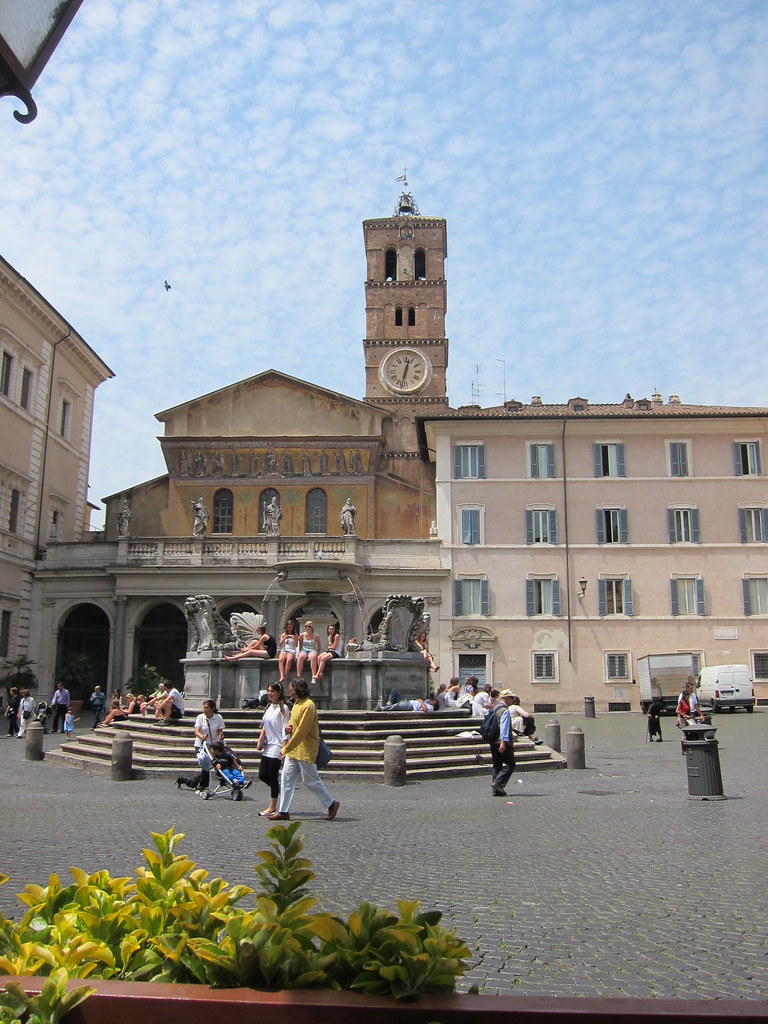 I would absolutely recommend wandering the ruins of the Roman Forum and seeing the Colosseum. In fact, you should make reservations for a tour of the formerly not accessible lower and upper levels. This tour is amazing! You're taken to the lower level, which use to be under the Colosseum floor. Slaves, gladiators, animals, etc. were kept here and brought up using dumb waiter style apparatus'. It's awe-inspiring standing there, looking up and out of the stadium's walls. 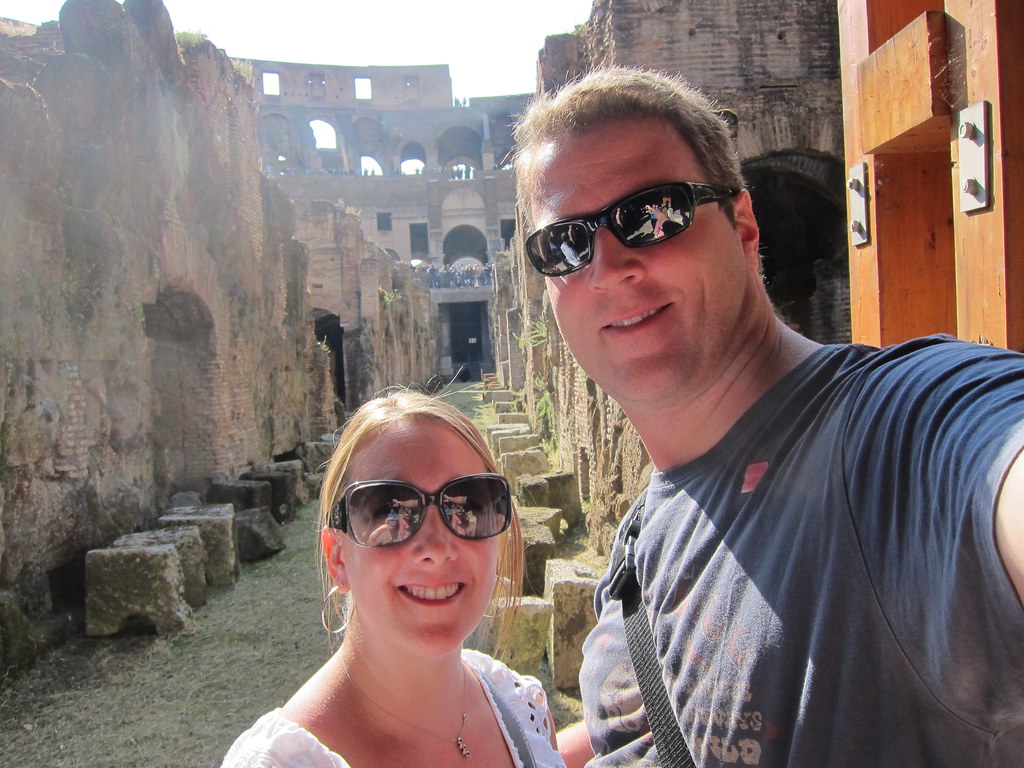 The guide continues to the normal levels where spectators viewed the events. And then they will let you in to locked passages that lead up to the very top of the venue, with dramatic views to both below and the city around you. You must book this in advance, and they only allow a certain number of these tours per day. 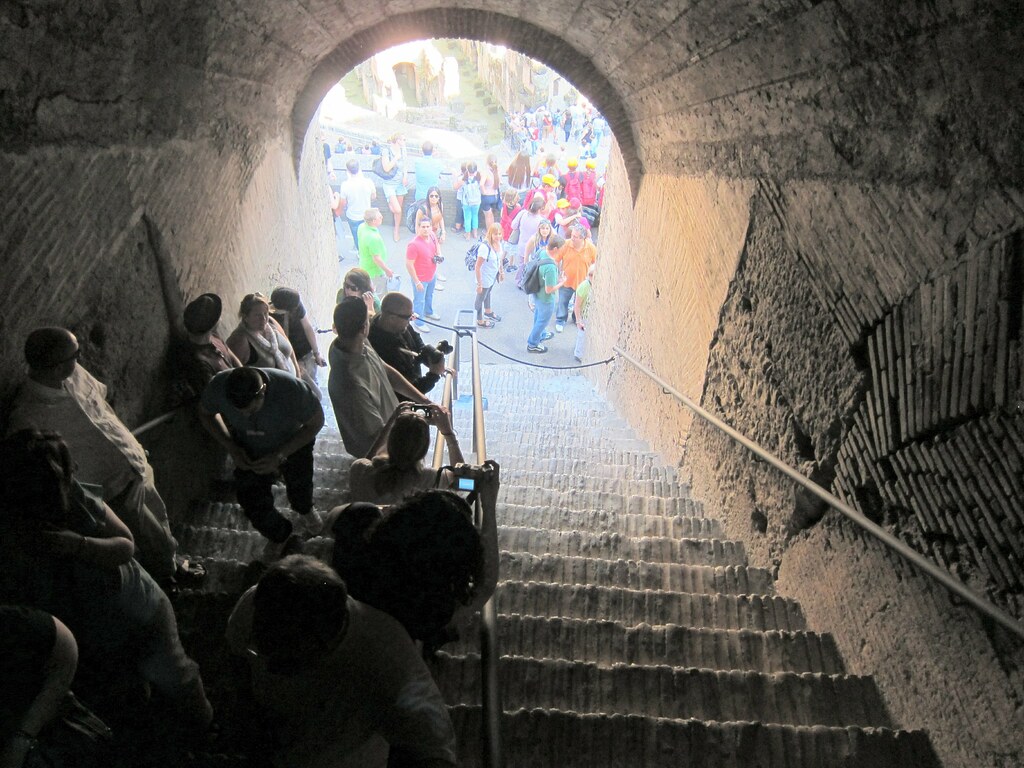 You can wander the Forum on your own (there are plenty of self walks out there) or as part of the Colosseum tour. We did it on our own with the help of Lonely Planet, it's such a fascinating area to explore! 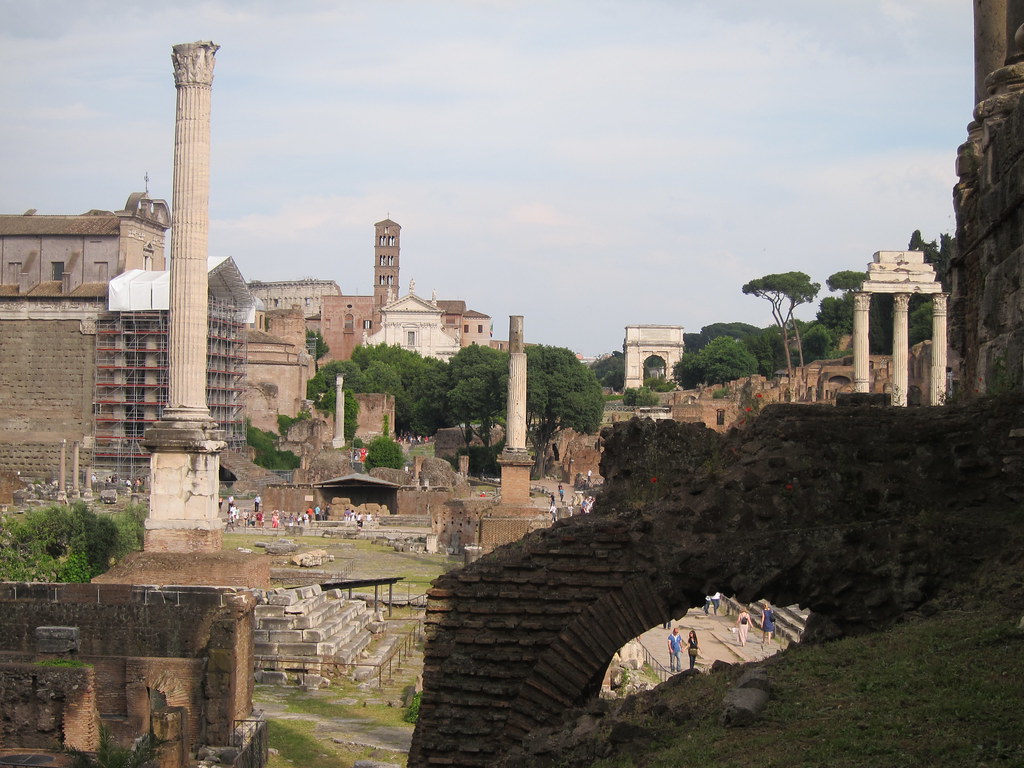 Of course I recommend touring the Vatican but again, a little planning goes a long way! With the help of the Rick Steve's guide (we'd never used it before but this tip alone sold me) we had reserved timed tickets in advance. This allowed us to skip the ridiculous queue outside and head directly to the entrance.

The only way to enter the Sistine Chapel is to go through the Vatican museum, but the museum is really interesting so it's hardly a bother. We picked a few rooms to explore along the way and soon we were stepping into the (not)peaceful chapel. 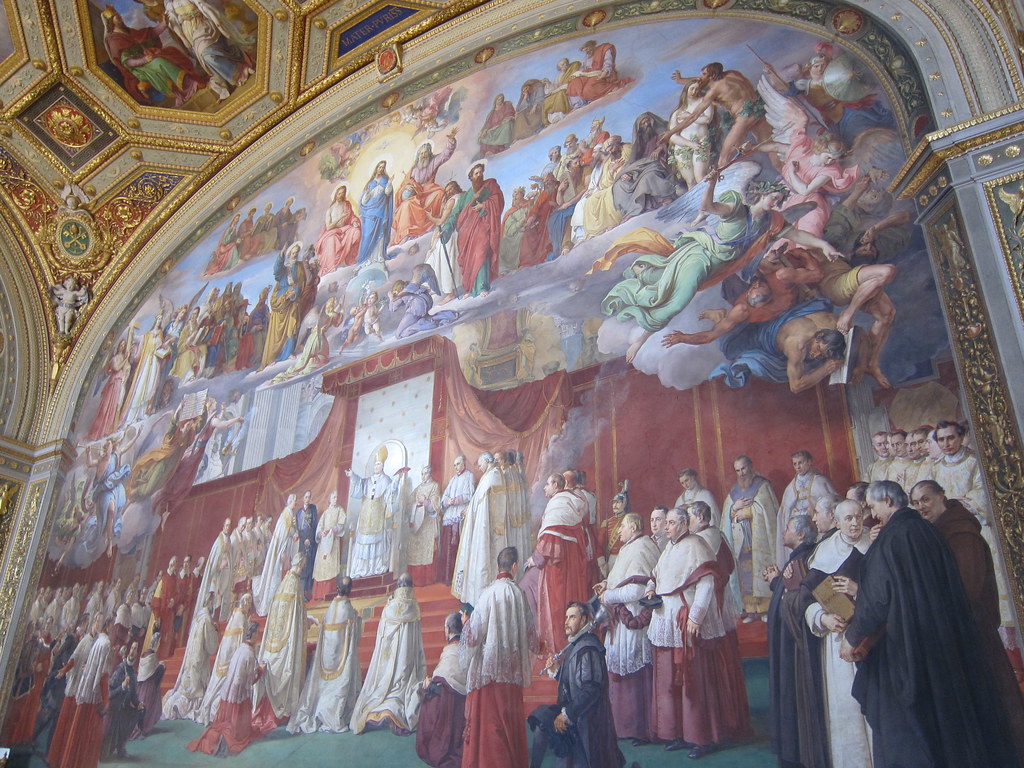 Once we had sufficiently crooked our necks, inspecting all the intricate paintings, the Rick Steve's guide proved itself again by directing us to a "tours only" exit which is a short cut to St Peter's Cathedral. No one stopped us or asked which tour we were a part of, and in minutes we were inside the cathedral, again skipping multiple hour long queues. 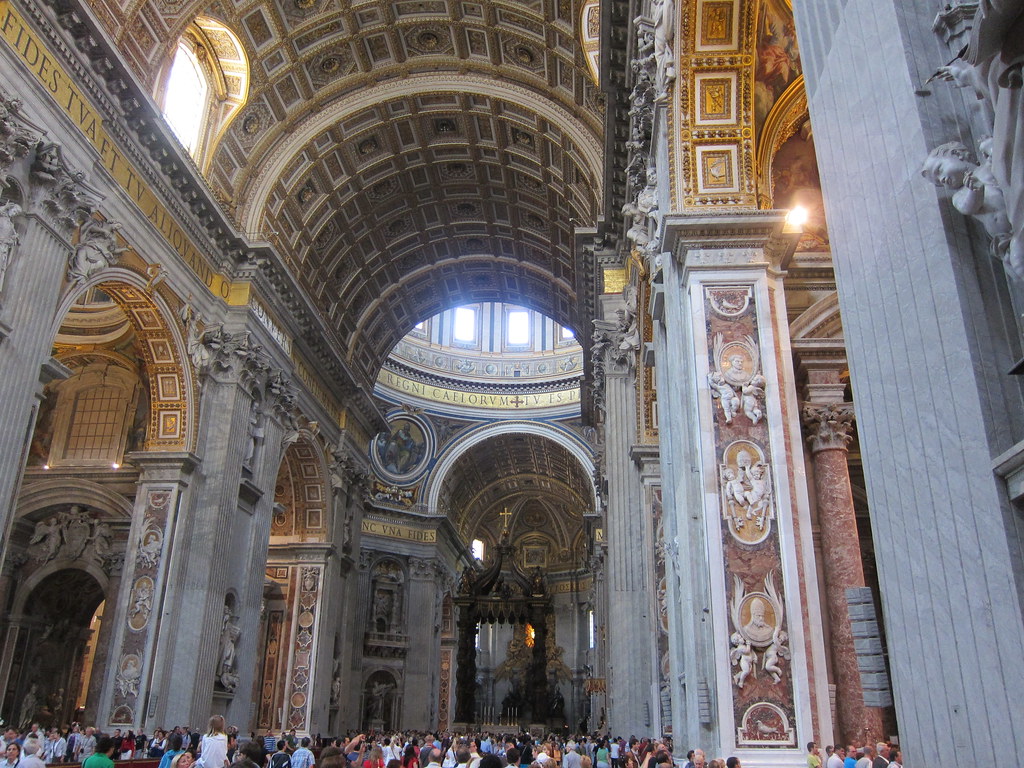 I wish I had more recommendations on dining in Rome but I have always found that the big foodie cities of the world require careful planning or they can end up serving you the most banal meals. We had researched, made lists, etc. but the city is huge and without knowing for sure where we'd be at any given time, our lists were a bust.

Our best meal was a lunch we had after visiting the Vatican. We hopped in a cab and sped over to La Campana restaurant, which is one of the oldest in Rome. The interior was cold and boring but the food was amazing!

Fried artichokes, fried zucchini flowers, pasta with truffles... we all loved it! 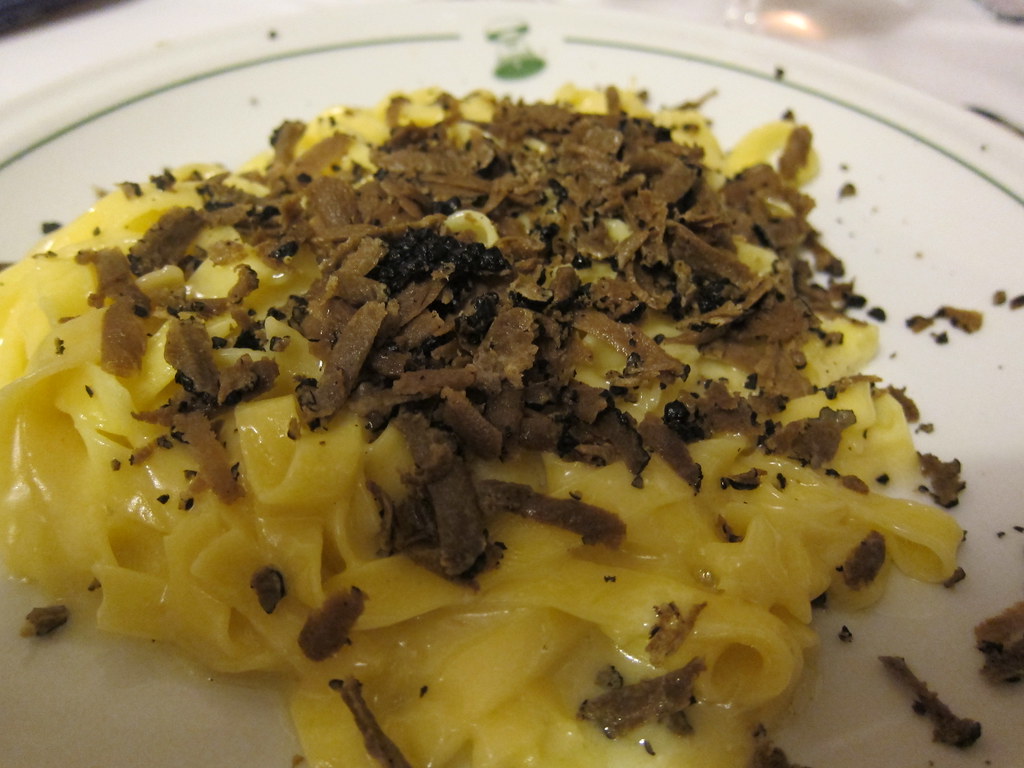 And upon leaving, and deciding to walk to the nearby Piazza Novona, we stumbled upon Antica Norcineria, a fantastic shop filled with amazing deli items. An unexpected opportunity to stock up on items to take home.

And of course we had pizza at Forno in the Campo di Fiorini one afternoon. The bianci was good, the mushroom was better. But I would have happily just grazed the market that was going on instead. 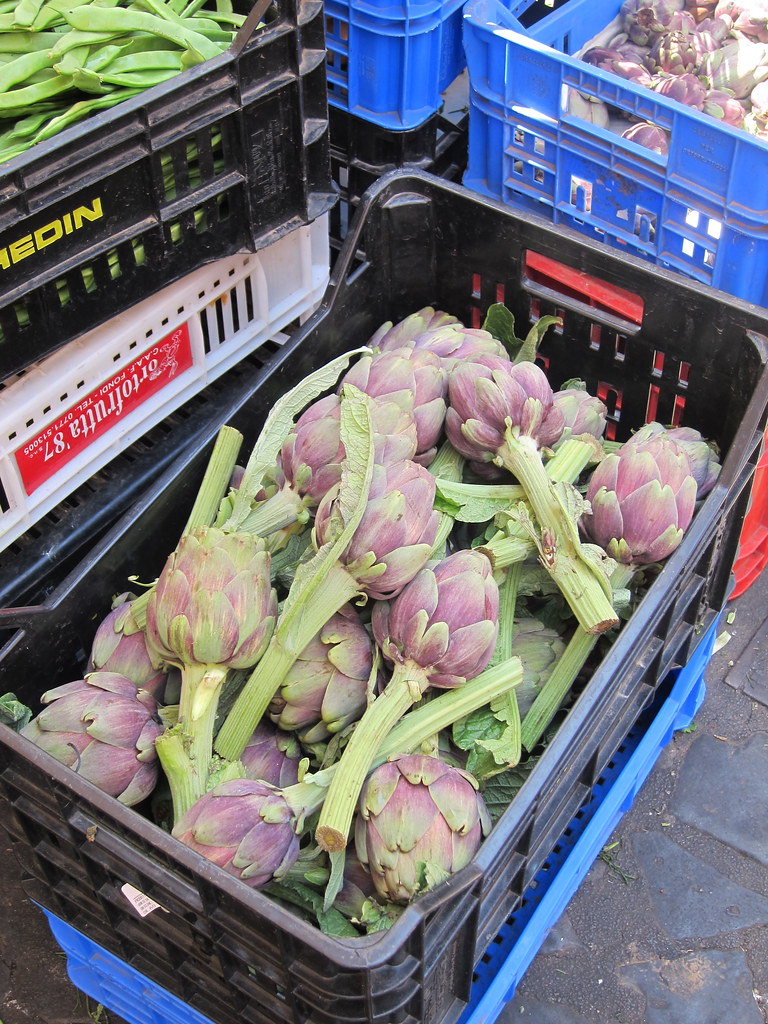 And on our last night we fancied it up and dined at the Michelin starred Mirabelle. The food was good, none of us were blown away, but the view was amazing. We had a table on the balcony, overlooking part of the city for sunset. The air was heavy with jasmine and the whole thing felt very over the top! 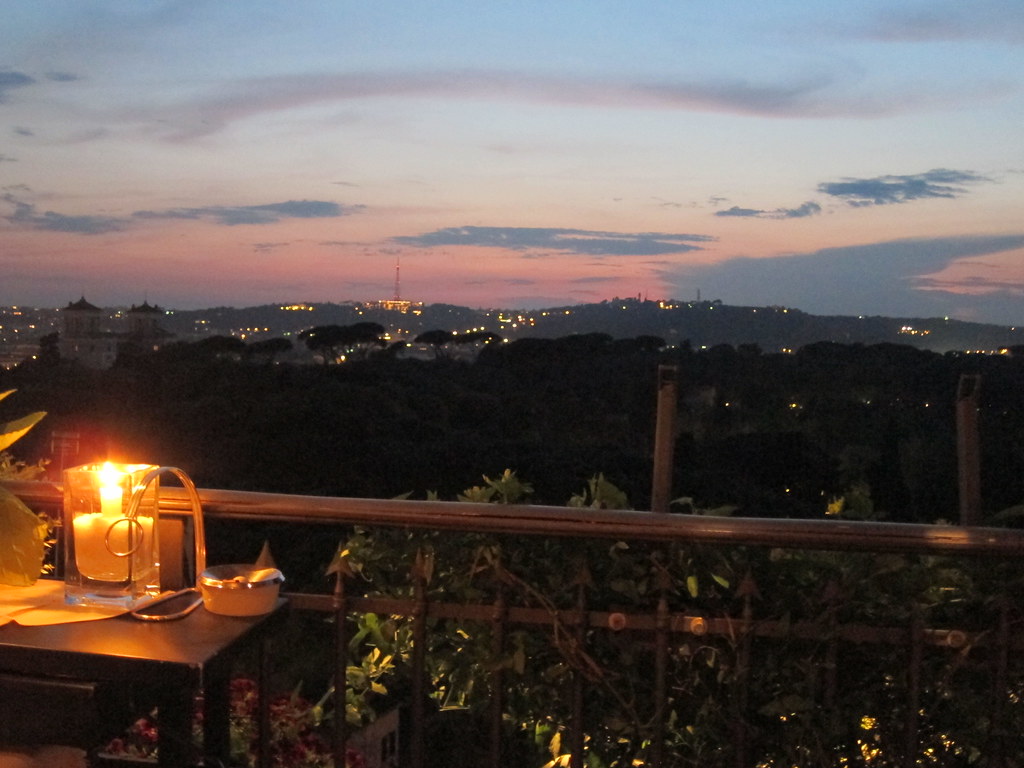 All photos from Rome are here.