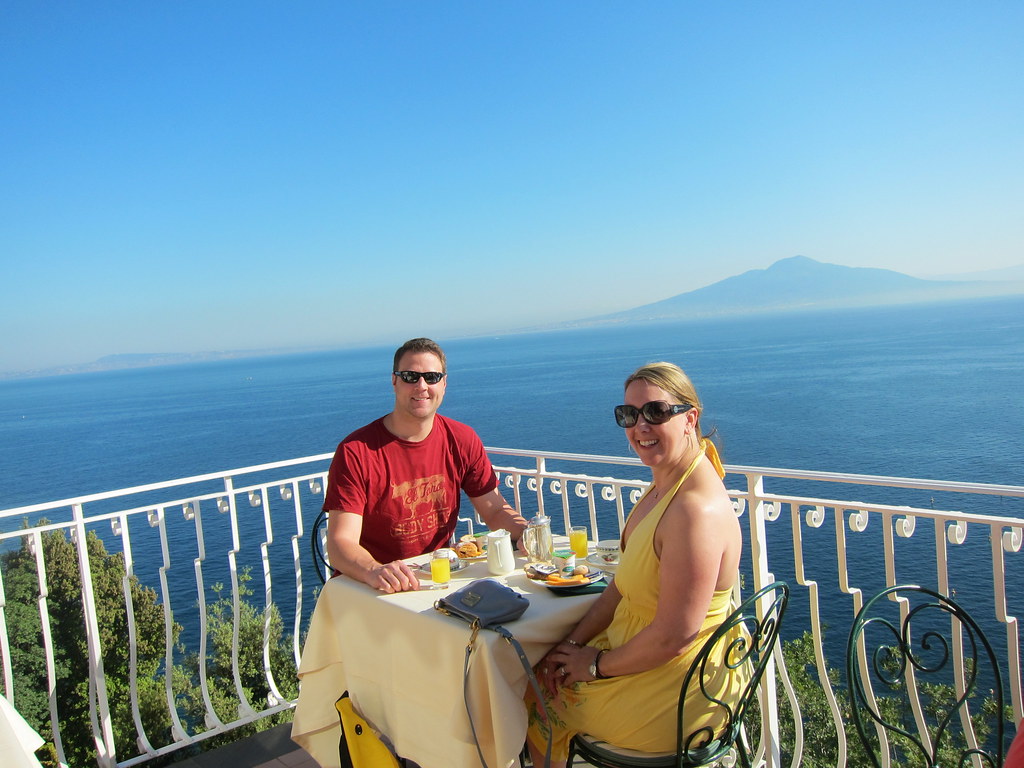 One morning back in May of 2011, after a lovely breakfast on the sunny patio in Sorrento, we boarded the fast ferry to the island of Capri (pronounced CAP-ree, not like the juice box). The large ferry whisked us to the main port in just 25 minutes. From here we took a funicular up to the charming town of Capri and then boarded a bus which drove us up to Anacapri, then finally we loaded onto single chairlifts for a gorgeous (ie: terrifying) ride up to the very summit of the island. 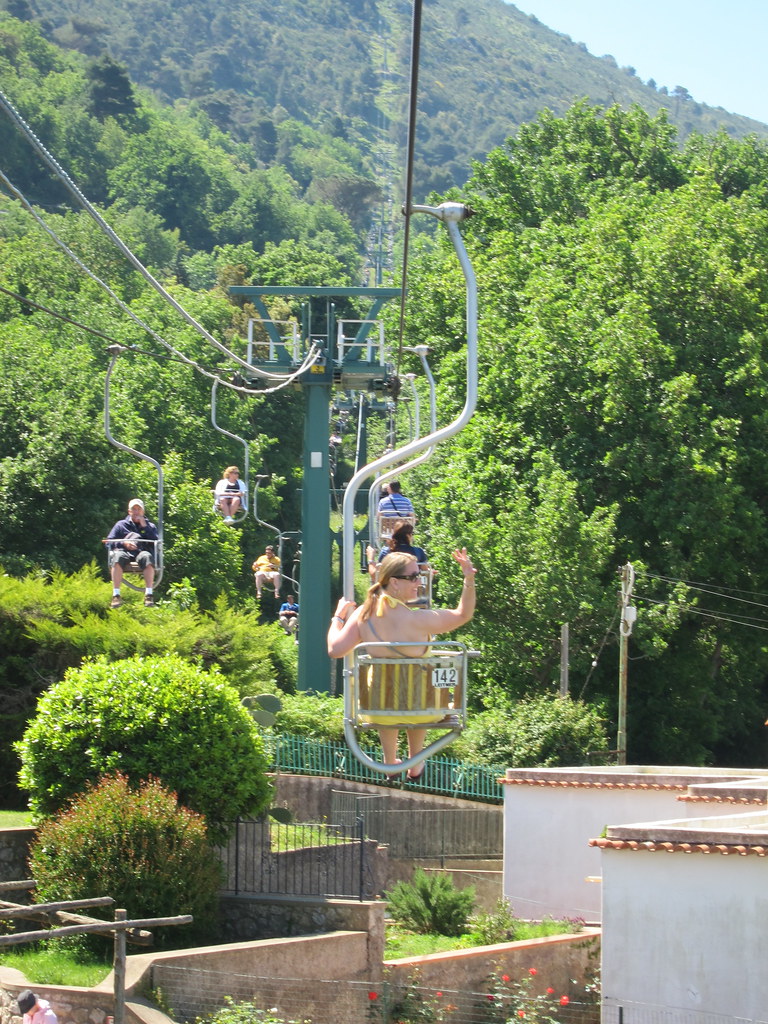 It really was beautiful traveling over the tended gardens of the locals, seeing small farms, and of course the views of the Mediterranean. I just hadn't expected this single, barely strapped in chairlift. I had been expecting a gondola which in itself is a scary thing for me. 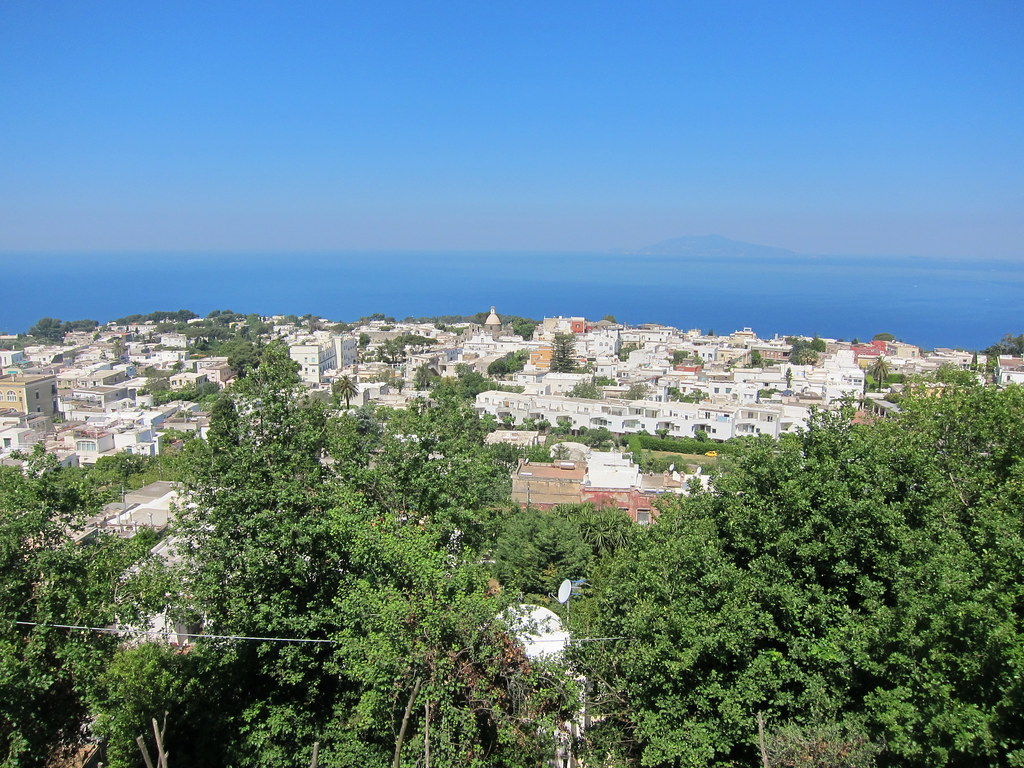 The views at the top were absolutely incredible though and this was well worth the effort (ie: terror). There is some nice space also to sit and relax with a drink while soaking up the views and the sun. Recommended. 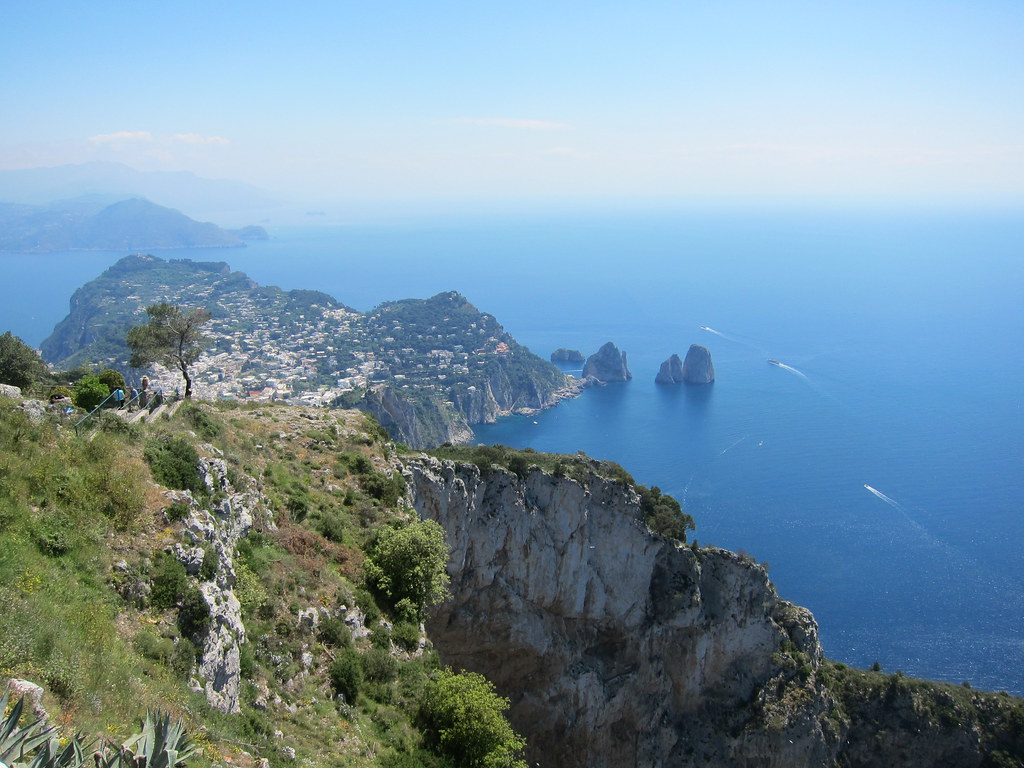 We returned to Anacapri via the chairlift (I think there is an option to hike down) and wandered the pretty whitewashed streets until we found a little square and sat for lunch at Il Saraceno Trattoria. We weren't expecting much in this tourist area but the food was very good and our table outside on the terrace was exactly what we had hoped for. 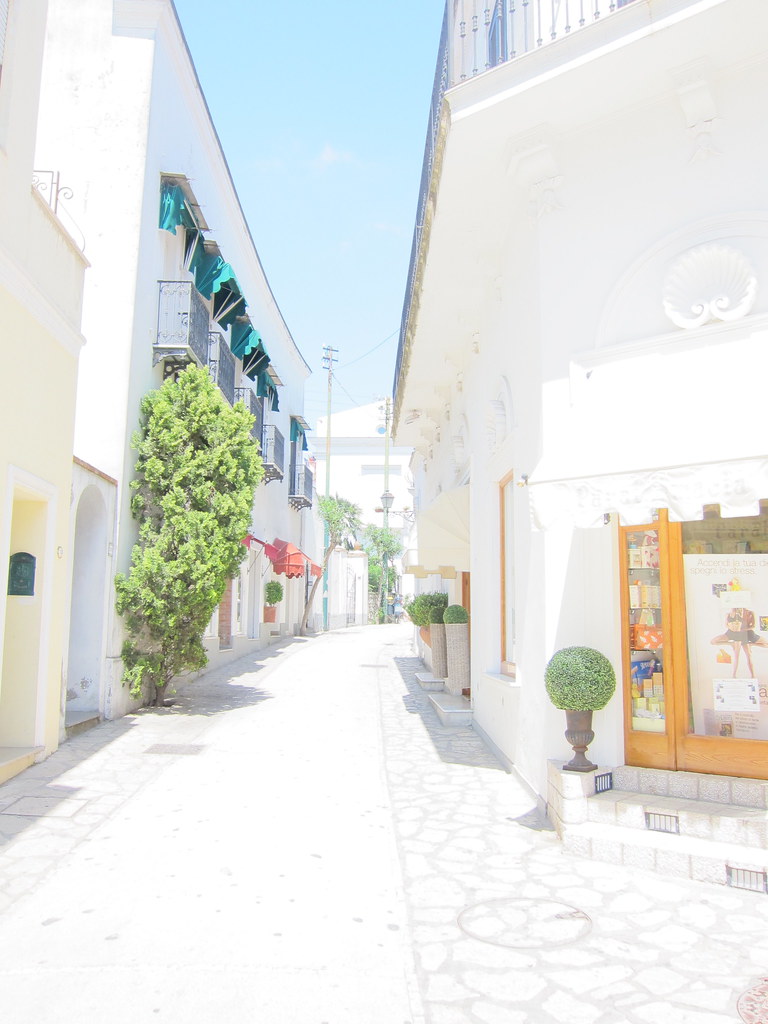 Walking off our lunch by shopping around we stopped in at Sandalo Caprese. Friends had recommended the legendary shop, the owner still making shoes by hand. Both Dayne and I picked a few styles, had our feet measured and were sent off to finish our shopping while they created our custom sandals. To this day Dayne still declares these the most comfortable "mandales" he owns. 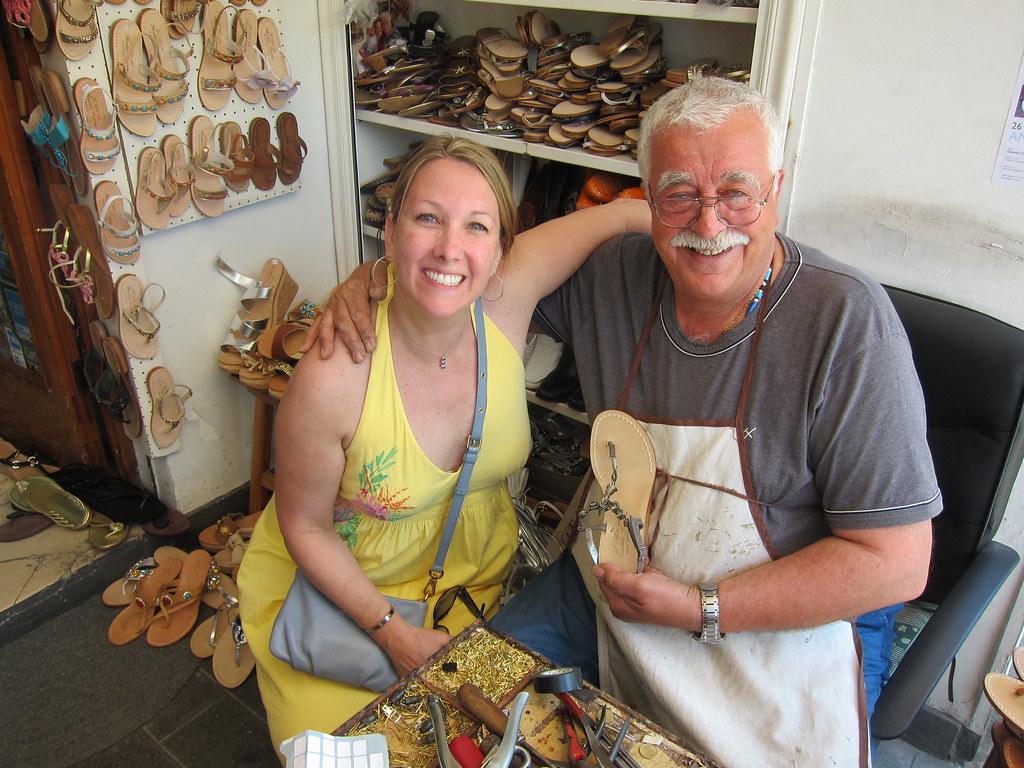 We grabbed a convertible taxi for the ride back down to the marina and joined a tour out to the Blue Grotto. Our pretty wooden boat took about 10 of us along the coast of the island to the rocky cove. Here there were a handful of small 2-man rowboats, each with its own captain, ready to shuttle us into the mysterious grotto. 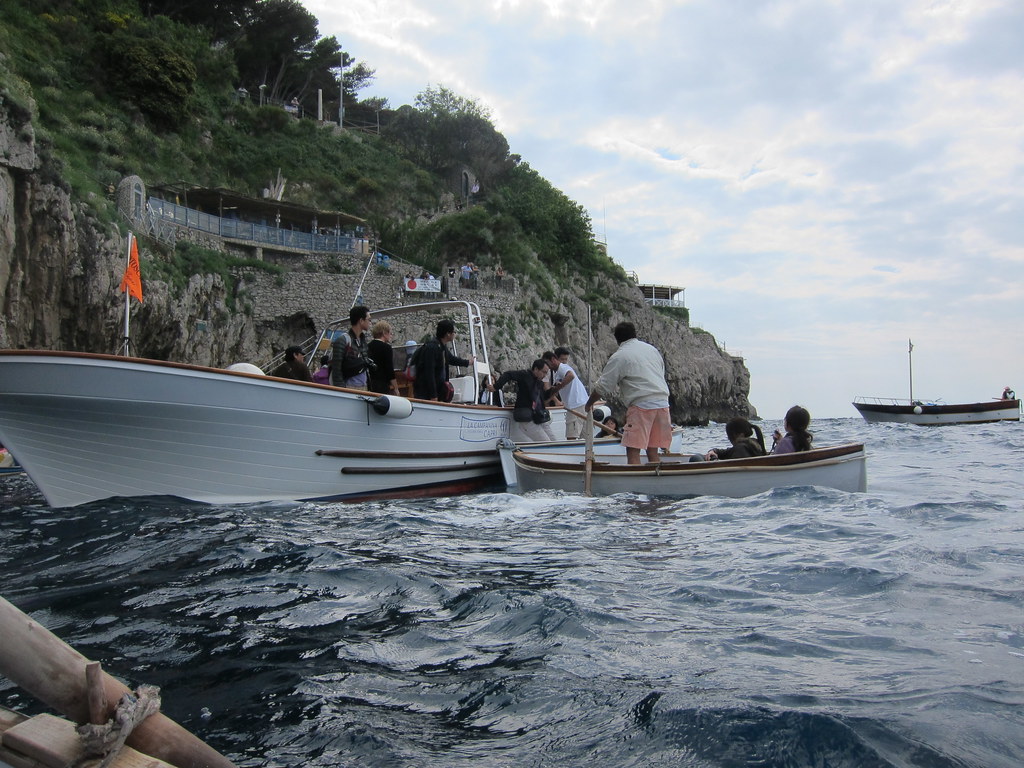 We were the last tour of the day and the surf had gotten extremely choppy making it precarious to climb out of our boat and into the tiny dingy. Dayne and I sat on the floorboards and our captain explained that he had to time the swells of the ocean in order to get us safely inside the seemingly small opening in the cliff. This is hard enough when the sea is normal but this serious chop was adding a new level of danger. He cautioned us to lay totally flat until we were inside, he himself had to remain standing in order to maneuver the boat, he crossed himself and looked to the heavens and with that we shot through the tiny opening. 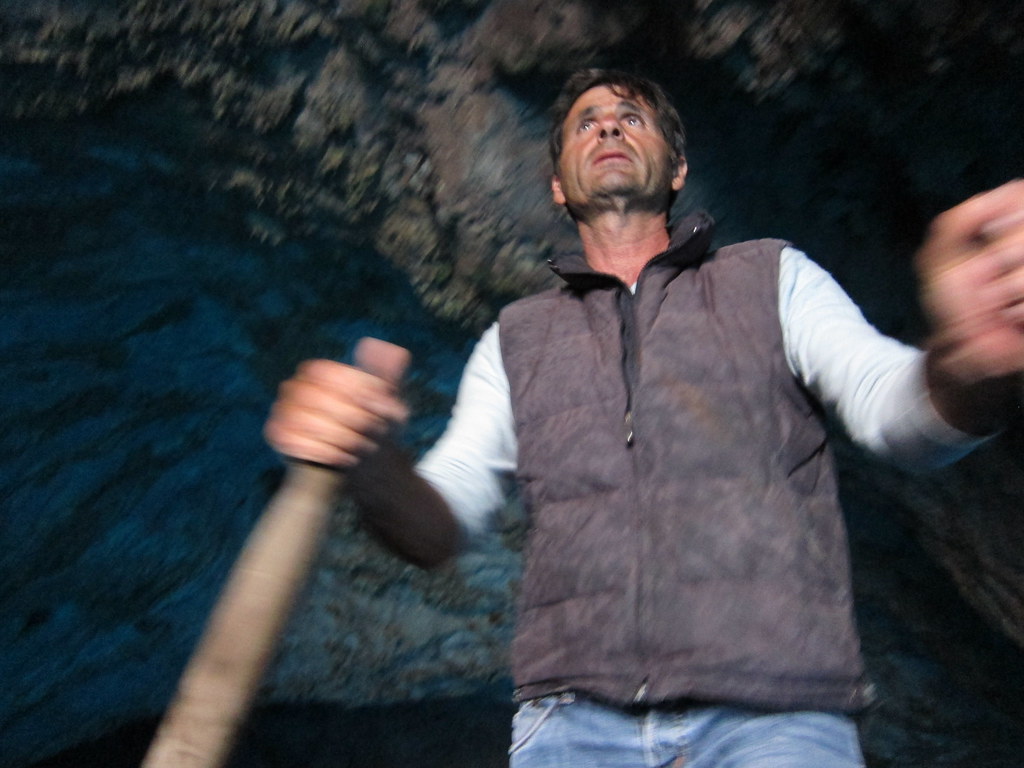 All danger and fears disappeared once we were inside of this tranquil and luminescent grotto. The water was one of those blue colors found only in nature. The temperature and air calm and relaxing. Our captain serenaded us with a beautiful song, the acoustics memorizing. 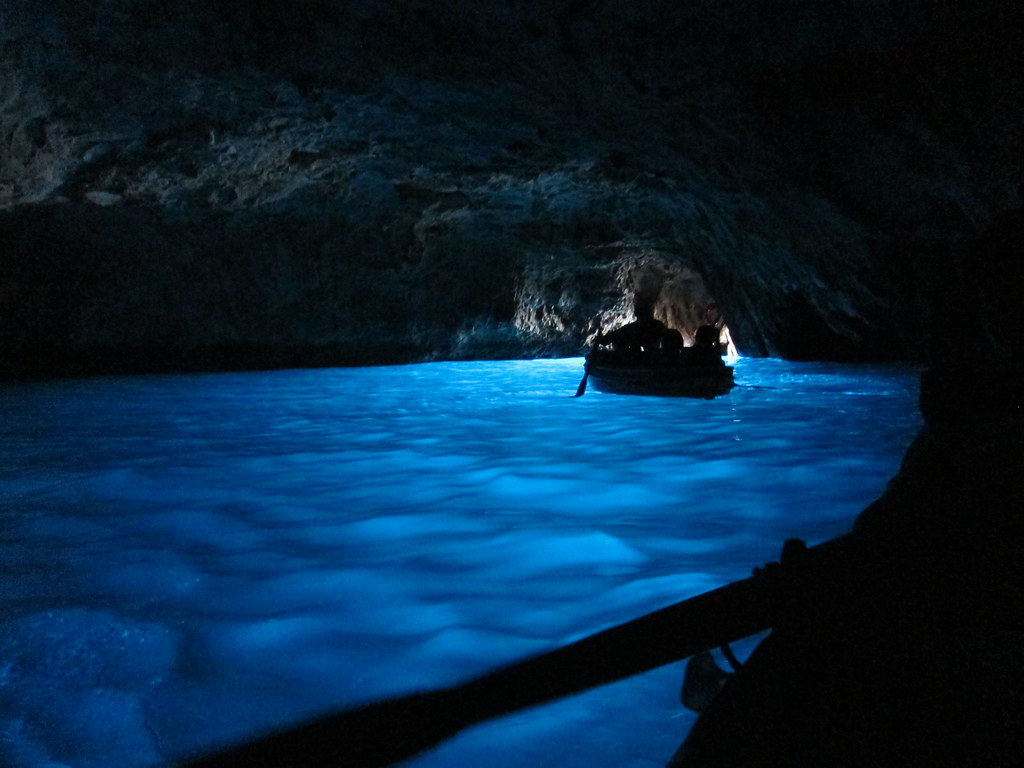 Soon we had to brace ourselves for the exit, again the timing had to be just right against the angry waves outside. We made it safely, clamored ungracefully back into our boat and headed to the marina, one of the boats towing the tiny rowboats as a thank you for allowing our tour to happen under such conditions. 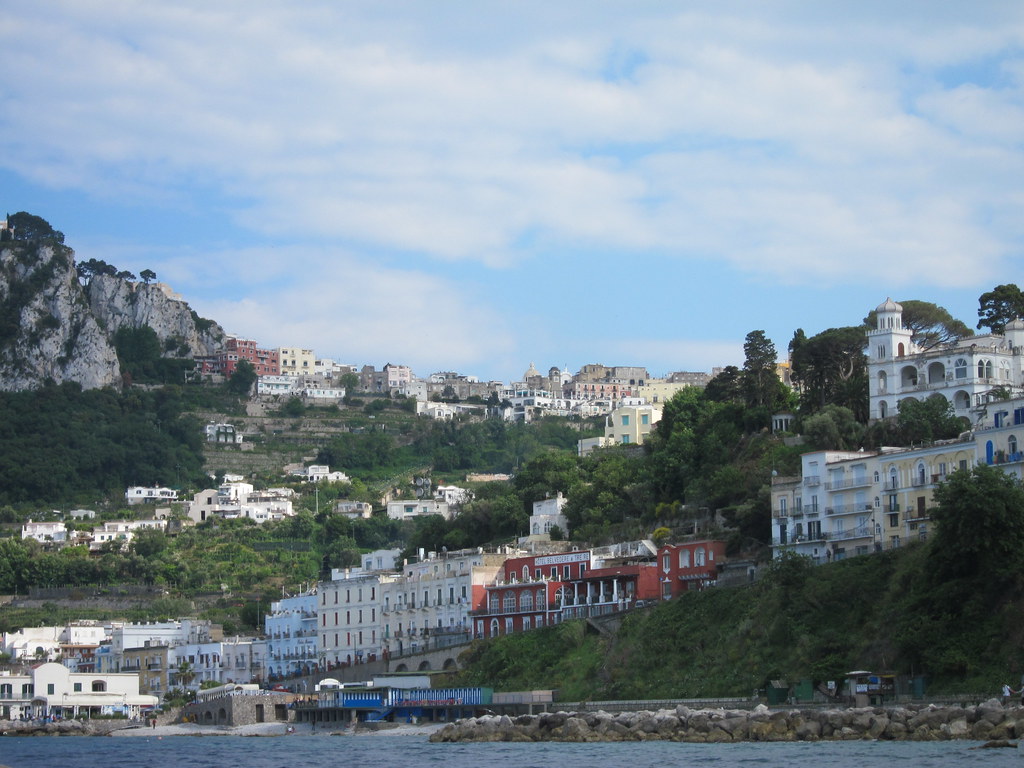 We returned to Sorrento by "Jet" having truly enjoyed every bit of the beautiful island. Even if our outing was peppered with bits of fear!

All photos from Capri here.


- Posted using BlogPress from my iPad